The Week Ahead: A Political Treat In Store 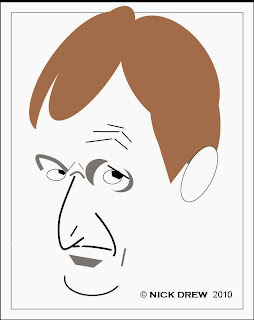 I have long advocated that the BBC, as a public service (remember public service, Aunty?) should set up a sting to reveal the full nastiness of subterranean political 'briefing' operations.  Complete with high-quality recordings of Mad Al Campbell uttering lurid threats down the telephone, or Bully Balls spinning against Miliband.  For balance they'd probably need to conduct one such sting per party, even though everyone acknowledges the Labour Party is far the nastiest: so for good measure we'd get Team Boris scheming against Osborne, and the who-knows-what that goes on among the LibDems.  If it was done well, we'd even get TV footage.

Of course, under the great banner of 'protecting one's sources', or 'the sanctity of the Lobby system' (aka naked fear of what the bully might actually do in future), the omerta reigns supreme, and no-one has ever played back the tape of Brown being described by the Blair camp as psychologically flawed.

But all this may be about to change !  For Peter Oborne, stung by Mad Al's egregious recent claims that he was whiter than white in his days at No.10, and in particular 'always respected politicians', says that in the middle of the coming week he is going to dredge up from deep storage concrete proof of the bastard's trash-talking of Labour ministers.

Can't wait.  Should liven up the Leveson debate no end, and generally add to the gaiety of the nation.  Good on yer, Oborne.  No last-minute failure of nerve, now ...

Email ThisBlogThis!Share to TwitterShare to FacebookShare to Pinterest
Labels: BBC, Politicians at work

Ooh yes. There is only one way this Mail/Labour spat can end. Bring out the dirty laundry.

This weeks political 'treat' has a rather sour taste bearing in mind one has had to lose one's country in order to get it.

It will be interesting to see how the Tories behave towards the Daily Mail.

Will they put the country's right to see evidence of something which might profoundly affect a prospective PM's political inclinations above protecting the sensitivities of one of their own ?

In which case they really are all to bloody same.

There should be no fence sitting. The DM are offering the Tories a way to divert voters back from Ukip. Do they really want to be in power on their own ?

My feeling is that they are satisfied with coalition. They are not interested in being Tories at all.

The last election really was the one to have lost. We would have had a potent opposition in the wings by now.

"That would have been disasterous for the country !"

Well THIS is pretty disasterous for the country.

Mr Campbell should be castrated and fed his own balls.

the emerging accounts from the new Labour spin-docs are almost enough to convince you that something else is required - eg the obvious inability of Blair and Brown to hold high office, as disclosed by the people who told them what clothes to wear every day.

The US constitution has fail-safe provisions - vote Obama, get stalemate. mMybe we need something similar here.

would also love to know the full Andrew Mitchell story. why was cameron so keen to get rid of him if the case against had enough reasonable doubt?

ND, sort-off related to The Week Ahead (this week), have you noticed in the FT:

It seems (though not totally clear) to include an option for CGNPC to later build a Chinese designed reactor - quite a concession by the UK (though realistic about the future direction of the nuclear business).

I bet this is the real main purpose of Osborne's trip this week. I wonder how they plan to present this to the ordinary UKIP-flavoured Tory supporter.

Your family/friends that live near Hinkley won't be pleased.

Interesting that this (or similar) EDF/CGNGP joint-venture was established back in 2008, but has been very little reported in the west; check out PDF page 7 of this excellent paper:

"In October 2008, Areva and CGNPC announced that they were establishing a joint venture for the development of an EPR and other PWR plants in China and abroad. The joint venture will be “initially dedicated to CGNPC’s projects in China,” but will move on to support “joint projects abroad”"