UK Sharia Bonds - What's That All About? 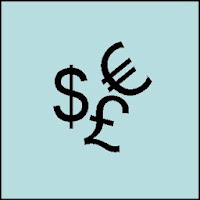 As part of the government's blitz of 'look what we're doing' announcements, we now have "Britain to become first non-Muslim country to launch sharia bond: David Cameron to unveil £200m Sukuk".  So what's going on here ?

A couple of weeks ago I posted about how the UK is kow-towing to the Chinese as part of our economic escape plan.


This is a particularly acute risk for the UK ... In our semi-detatched euro-positioning, our vulnerability to having the City isolated by jealous continental and American financial authorities, and our commendable centuries-old willingness to roam the high seas, we will always be inclined to 'trade our way out of trouble'. Now true commercial trade is a great thing and would indeed be the ideal way forward. But increasingly what we see is a baser trade: the prostituting of our institutions to the whim of Russian and Chinese wealth. If they want to lavish their money on our libel courts or Mayfair shops, that's one thing. But it won't be ending there. Today we see the first of the mega-bargains our desperate UK politicians will enter in order to engineer short- and medium-term relief from our woes. Faustian is just one way to describe it.

There, I was writing about the nuclear deal, but of course that was part of Osborne's Sino-package that included a putatively huge and strategic banking 'n' finance deal.  These are the kind of moves that can leave green-eyed Frankfurt and New York grasping vainly at thin air, reinforcing London as "the undisputed capital of the world".  At least, that's how the dream story-line runs.  Brown hoped to do the same, but Osborne is acting more decisively.

The sharia leg of this burgeoning development causes nervous murmurs on the home political front - see this piece at ConHome.  Should it ?  Given that in technical terms the distinguishing  features of sharia finance are, to the unbeliever, quirky to the point of quaint (see below), objectively the whole thing is a bit like the 'ethical investment' industry: why not let anyone who wishes to cut themselves off from the full range products, do so if they choose?

But obviously there is a heavyweight cultural overlay to this, and maybe objectively speaking is not enough.  C@W readers know that I am 'relaxed' about all sorts of 'alien' business influences and ownerships in the UK.  To me it is part and parcel of what I take to be a very traditional British openness to trade and cultural curiosity (which, by the way, is only one strand of British tradition as I know full well).

But I am not remotely relaxed about the rule of UK law and for me there is a simple bottom line.  Provided all this UK sharia stuff is subject to the same banking regs as everything else (and these are enforced with the full force of law, see C@W passim), let's go for the money and leave Frankfurt and New York fuming.  This proviso is not trivial, and not just because enforcement of banking regs had become a sick joke.  It must surely be the case that hawala transfers are routinely used to dodge western banking regulations (not to mention money laundering); and bringing any such system into mainstream scrutiny must be a highly desirable goal of policy - nay, even an imperialistic power-grab!

I am guessing C@W readers will have the usual interesting range of views - so have at it in the comments!

Sharia finance properly analysed is a subset of general Finance-with-a-capital-f, delineated by some strict rules around interest-payments which must not feature in the story of what A pays to B.  Recalling the informal definition of a Swap - the exchange of cash flows between consenting adults - most sharia-compliant deals are what are known in the real world as total return swaps (TRS), and there is nothing scary or alien about them per se. Of course, they are a bit more complicated than plain vanilla loans etc - but so what?  Lots of financial instruments are.

Far from scary, putting aside the political stuff I'd say the whole thing is pretty amusing.  The restrictions that make these deals sharia-compliant remind one of nothing so much as the crazy, tortuous tax regulations which make certain kinds of (e.g.) UK film investments qualify for attractive tax breaks.  In other words, they are an adventure-playground for shyster tax-lawyers, and sharia will be just the same**.  The arguments over what counts as what; the twisted convolutions required to label interest payments as anything but interest, are hair-splitting sophistry - literally theological.  There already is a service industry around this, with "Islamic scholars" getting good money for certifying individual deals.  The People of the Book know all about this stuff, too, and what a gravy-train for the City it promises to be !

ND
______________
** Just as with 'ethical investments', one imagines there are disappointments ahead for those who place great store by what they are being sold truly complying with the advertised principles.  I suppose that in some countries, anyone caught playing fast and loose with the sharia interest rules might have their parts cut off  ... a risk that the City boys will need to factor in for themselves, eh?

Largely in agreement as usual.

If people want to lend their money to HMG at rates thst are better than non-Sharia interest-bearing bonds then why not let them. Entry into a legitimate contract is never "kow-towing" as consensus is required.

I agree that the rule of law is paramount. I do wonder, though, whether we (the UK, Parliament, etc.) have set up a system so Byzantine as to undermine said rule of law. Are the secondary traders doing any more to undermine the rule of law and accountability than regulators who make the system so complex and overbearing that ordinary otherwise law-abiding citizens feel pushed into the grey or black market?

The financial regulators have made a laughing stock of themselves by killing off small players in the money transfer market and (presumably) sending all that business undergrouns where it will be far more likely to be dodgified or outside the court's perview.

And attracting investment from the ME is nothing new.

Super piece Nick. In full agreement, more fool the others who cannot see the progress.

osborne and cameron have done a great job in recent weeks with China and the ME to cement London as the global capital of capital. Rather key, everyone thought we may lose it just a couple of years ago. re-surgence here too perhaps, along with the property boom...

As you say, the Osborne/BoJo plan seems to be to flog anything to which an income stream can be attached --- London rental homes, toll roads, Royal Mail, airports, PFI hospitals, MoD housing, Nuclear power, water companies, etc --- to wealthy foreigners. Most British people, i.e. those outside of a London-based golden circle are then reduced to getting jobs as servants to the foreign rentiers that chose to live in London, or else face a lifetime on the dole in Wigan, or St. Helens, or Cumbernauld, or wherever. We pay the increased rents, or electricity charges, or postage, etc by borrowing ever more, thanks to the great Carney credit expansion.

It might get Cameron & Osborne another five years of "power" --- the appearance of such, at least --- but what a sad end for a proud country!

Linked to this yesterday, Wednesday, in conjunction with a couple of others to make the picture.

A select set of comments ! - thanks, all

(must admit I was expecting some contrarian contributions ...)

I for one welcome our new Islamic overlords!

I guess I'm the only narrow nationalist on here so I may as pipe up. I am against allowing Sharia-compliant anything into Britain because of the impact that it cannot help but have on the concept of equality under the law.

In that sense, I doubt whether Osborne truly has 'got one over' New York and Tokyo.

Unfortunately ND has the habit of declaring himself "relaxed" about foreign ownership, but then spoils his self-styled halo by (correctly) complaining about the actual practices of foreign owned companies.

Nowhere else in the world, that I know of, regards their industries in anything other than a nationalistic light. Consequently (according to ND) they are all wrong and horrid, and only the English (well, in reality only a small subset) play the game fairly.

It may even be possible to theoretically prove that the whole world is out of step, except for the English, but that is hardly practical. It is a fact as plain as day that industries owned by Jonny Foreigner will be run for the benefit of Jonny Foreigner, not for our benefit.

I have seen too many British factories bought by foreigners, then shut down, so that production can be transferred to Germany, France etc. And not because it is more efficient either. Nor is the product cheaper or better. The foreign owners keep the product, but UK society is hollowed out, becoming merely consumers. No wonder we have balance of payments and borrowing crises.

I fail to see what Sharia bonds have to do with foreign ownership of factories.

The long-term balance of trade problem we have in Britain is due to individuals not saving enough. Instead of investing in our own factories, roads etc. we rely on other people to do it. If we want to be less reliant on awful foreigners we need to return the public and private finances to health. That means years and years of spending less than we earn.

Nice post Nick! Really an informative article you have shared. Thanks a lot. appleloans

Hello, I appreciate your writing. I'd like to share a little.
There is a solution, even they dont want sharia law otherwise they would be living in the middle east it is just a pretense to show that they are different and better than the rest. an easy way is to make sure that those who are in favor of sharia law should be punished under the shria law. Believe me within a month they will call for human rights and the retraction of sharia law﻿. thanks for sharing it.