BQ is at least 24 hours from Telford, so this weeks guest picks were supplied by DJK - Who missed the easy points from tonight's location. The penalty of first.
And ND's favourite minister Ed Davey makes an appearance + Stella Yawn- Paul Militant - Nigel Wise and ??? 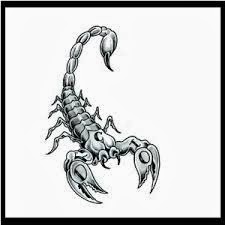 1. Doesn't the Philippines Typhoon show the need for a UN-sponsored no-strings International Rescue organization?
2. Energy companies! They're just as bad as the banks, aren't they?
3. NHS A&E. Is the National Death Service really safe with the Tories?
4. How would Israel benefit from a peace treaty with Iran?
5. Are you ever too old for a tattoo?

No points for first

Will the government ditch its carbon agenda to keep voters happy?

Can we end big money politics?

Is the economy finally on the mend or is this a mirage?

Is the recovering economy a result of government policies or sheer blind luck?

Is it right to close down shipyards just because the government is the only client and they have no money?

Now the economy is fixed, will interest rates smash it all to bits again?

Why does Ed Davey believe in green energy?

Was the Philipines not getting enough support because the TV crews had yet to arrive or because we had all already given to Pudsey?

1) Will the loss of Portsmouth's skilled shipbuilders put the future frigate contract in jeopardy? Might the city suffer a double-whammy?

2) With Nick Clegg giving a "Happy-Clappy" solution to troublesome Roma neighbours, is it time to put a real plan in place?

3) Does the Tory party's decision to remove the WebCameron posts represent sensible risk reduction or an attempt to re-write history before the next election?

5) The 2 tier NHS a&e plan. Isn't that what we used to have with cottage hospitals back in the day?

1. Would Britain be able to do more to help with disaster relief in the Philippines if we had not cut our military so drastically?

2. Should we be paying more attention to unfolding scandal involving Ed Miliband and the Unite Union in the Falkirk constituency?

3. What should the government be doing to address the issue of 'social mobility' highlighted by Sir John Major earlier in the week?

4. To what extent is concern about an influx of Roma a proxy for more widespread discontent people feel about the 'open door' immigration policy Britain maintains to the rest of the world?

5. When will policitains stop lying about the need for Britain to be part of the European Union in order to access the Single Market?

as for the tat - hey, you read it here first last week, eh?

0. well the tat has to rear its ugly head (or tail), doesn't it - possibly several times - but that's not a real question, is it

1. was the Portsmouth decision political ?

2. something to get a sober discussion abt Philippines - perhaps with a Global Warming lead-in to bait Lawson and gratify Davey

4. oh, and something for the laydeez: glass ceiling / woman in the bedroom SORRY boardroom. Sorry.

5. Should DC be more vocal in Sri Lanka, or even boycotting ?

1. Is the disaster in .ph an inevitable result of Warble Gloaming, and who should pay?
2. Is Blunkett scaremongering about Roma, and if so then why?
3. Out of touch Tories, again.
4. NHS winter crisis, what should we be doing to fix it?
5. Charlie's 65, will he and should he ever be king?

2. Green energy and the cost of he nukes.

3. Immigration again. Last week was hijacked by the inclusive club. This week ?
It's a liberal town.

4. Why s the government sitting on Chilcott ?

5. Crisis in the NHS. A&E next big political crash.
If Miliband had moved Butcher Burnham in the reshuffle he could be on this now instead of trying to wring every last drop from his unexpected fuel bill coup.

And someone to ask an mid/end life crisis question of some sort.

I'm going typhoon this week in the hope that one or two questions stick:

1. Does the typhoon show that with catastrophic climate change and dangerously rising sea levels (continued page 94)?

2. Does the typhoon show that the UK government has been far too miserly with doling out third world aid and sponsoring UN rescue type stuff?

3. Does the UK spend more on Eurofighter Typhoons or on catastrophe relief measures in the developing world?

5. What's the difference between a typhoon, a tropical cyclone and a hurricane? Why can't they cross the equator? If the Coriolis effect makes air turn clockwise in northern hemisphere, why do hurricanes and typhoons blow anti-clockwise?

1. Green taxes on fuel or on everything else?

2. Should Cameron be in Colombo?

3. How much better is it for us than for the Eurozone ? He he!

4. Should climate sceptics face the death penalty in the light of typhoon Haiyan?

5. Finally, if you are going to neglect your kids, best go and live in Birmingham and avoid cycling.

1) Cycling casualties cause concern. Is it about time they learned? The highway code for instance!

2) Portsmouth shipbuilders mourn, the Scots they they are torn. Shouldn't the work be spilt? after all it's only a ship!

4)The Philippines are in a plight, they are a terrible sight should the 'mercans at least be praised for trying to do something right?

5) Should a septuagenarian scribe a scorpion on their back?
when knowledge of legs, they seem to lack. :)

Tie black with insects I think he actually has a scorpion one!

1. Does the typhoon in the Philippines prove that we need more ships?

2. Can we produce carbon neutral ships?

4. Windmill powered ships. Are they the way forward?

5. Why are the big six such bastards?

1) BAE - unemployment is what economics is about.

2) 'When the CBI states leaving Europe is unacceptable, what voice do sceptics have?"

First Q: Was Portsmouth Dockyard sacrificed to keep Scotland in the UK?
Certainly seems that way. Although Scotland has long been the major shipbuilder in these Isles. Major shipbuilder and major docks.

QT doing one of its 'lets ask last week's questions this week' shows.

Q3: Is Typhoon Haiyan more evidence of humans creating climate change and, if so, what can we do to reduce risk of further disasters?
Seems there is no evidence, Nigel Lawson says.

3 questions- Should be match abandoned. I hope none of you stayed up for that . A true stinker of an episode.

Nick Drew - I think 4 + baiting Lawson - 5 Stella Creasey was seconds away from wailing "won't someone think of the children!"

MW - 4 {does anyone know the answer to the typhoon question?}

Lilith - 3 {could we put Ed Davey into a leaky boat? He is sooo useless.}

Winners are Measured and Nick Drew
Prize is to come up with a newer, punchier name for man made global warming - one word preferably.

AGW may be the wrong reason, but the model was instrumental in getting rising acidity in the oceans recognised and politicians tackling the finite supply of fossil fuels.

Let's beef it up:

Still don't get the idea.