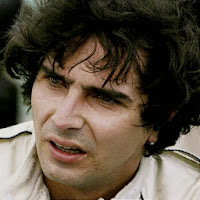 Now, I am firmly in the 'Mandela was a great man' camp. Yet I cannot see the relevance of this to any of us at all. I don't even recognise their names.
If BBC Africa want to do a QT special, go ahead. But on our UK taxpayer money? Let's hope Bill Clinton doesn't pop off anytime soon. Or, God forbid, Obama. Bad enough that Fidel is only just hanging on. Cuba is such a great destination for a jolly!

1) How can we now cope without Mandiba - will anything ever be the same again?

2) How can we, as mere humans, hope to live up to his parousiac munificence?

3) How long should we mourn?

Off on yet another Chrimbo do so probably duck out of this one - but chuck in a few legacies, inspirationals, unifieds and couragouses and I reckon i'm good to go.

The BBC Director of News said 'he was probably the greatest statesman in the last 100 years!' Sometimes, sometimes it's really just not worth the effort to even laugh.

You're joking, is Hain really on ? That was just a spoof !

1. what were you doing when you heard Mandelbrot had been released?

2. love of money is the root of all evil - discuss

3. "[Mandela's] leadership, even if we define it as moral rather than practical, remains ultimately something of a mystery" (Grauniad editorial) - discuss

4. "Mandela has been sanitised by hypocrites and apologists - reinvented as a Kumbaya figure in order to whitewash those who stood behind apartheid" (Seamus Milne, Graun) - discuss

oh, and Dimbltie = none at all

The BBC have become a parody of the BBC, Nick.

Q1 Did Mandela show the world how to manage a civil war situation?

Q2 - Why hasn't South Africa gone much further forward? {Although, as Mr drew showed, its still an African powerhouse.Just the rest of the world has grown even faster - South Africa's turn after China/India become indolent, rich, parasitic, western ideology dogs.

Q3 - I really don't know. Something about the signing guy who was just messing about.

Q5. I don't know. But they are premiership football mad in SA. Maybe they want to know why Christian Eriksen is even in the Tottenham squad and why Schürrle doesn't usually start the game for Chelsea.

5. Central African Republic - why can't they follow the Saintly Path of Mandela ?

1) Will Zuma survive the current crop of accusations?

2) Has the world forgotten how bad things were under apartheid?

3) Something about the pharmaceutical multinationals profiteering with their patent locks on drugs.

4) Was the infamous "selfey" disrespectful?

5) Did the film "Zulu" help or hinder the cause? Should Welsh (Hain link!) male choirs be banned?

DTP has already done the easy ones (PS, it's "Madiba" without the N), I can't top that so I'll go left field.

1. Isn't it great that this audience isn't segregated into black, white, coloured, Asian and Khoisan?

2. Why isn't there somebody standing next to the panellists signing gibberish, just to get the authentic feel?

4. Jacob Tsatzuma spent £27 million on his own palace, meet the new boss, same as the old boss (boss, geddit?)

5. What's your favourite flavour of that biltong stuff?

1. Who shall we compare to Madiba, past and present?

2. Navel gazing by the BBC about independence. Boooo!

3. What shall we do about the elephants?

4. What shall we do about poverty? Obama is a superhero.

5. What shall we do when Botha dies? Awkward. Actually, BQ, should universities be allowed to segregate audiences by sex?

Dimbletie: safari colours in a geometric African design. Well, there was no point letting Mandela’s shirts go to waste.

One hundred and twenty….I need to lie down.

1. Mandela: will we ever see his like again?
2. France/CAR: isn't it time that Africa policed itself?
3. Did sanctions help or hinder the anti-apartheid struggle?
4. Should Australia be kicked out of t'Commonwealth for banning gay marriage?
5. That sign language bloke: a hero for our times ?

After a week of it, this has to be a joke! But man, der le point en danger

2) about Mandela being another Ghandi

4) about Mandela's influence on Africa

I won't be watching. I'm going to paint something then watch that.

I can see why Hain campaigned against apartheid - if skin colour had been grounds for discrimination he'd have been screwed.

1. Is signing guy symbol of cronyism or just incompetence in govt contracts?
2. Mandela's best and worst decisions?
3. Is current SA govt squandering Mandela legacy
4. Can (and should) SA export approximately functioning govt to its neighbors?
5. Evil Pharma charging too much for anti-retrovirals

PS I saw yr namesake starring on google this week!

i wondered if Qt would travel well. But the panel avoided answering most of the audience's questions, so yes. It travelled pretty well. Botha was the worst for just telling anecdotes that had no relation to anything.

As expected, It had no relevance for us in the UK whatsoever. And other than a look at a country with serious issues, much more serious than our made up first world issues in this country, it was completely pointless.

was Hopper. With the closest to the dimbybimbytie - DJK

Whose prize is to choose the official sponsor for Nelson Mandela.

"Although, as Mr drew showed, its still an African powerhouse"

Please read my comment on that chart. It was not adjusted for inflation (6%p.a.) nor for population growth (20% per decade). If we look instead at the per capita GDP in PPP terms it has been flat in SA for 20 years, so the domestic finances of the average South African have not improved one jot in that time.

Tokyo Sexwhale - how can no one have commented on this. This is one of the best names ever!

how cuold you do anything bu be a success in life when so brilliantly named.

And I thought he best named African was the footballer, Banana Yaya.

How young are you that these names mean nothing to you, or how old am I?

Sexwale is unfortunately not pronounced sex whale but seckwarlee.

That picture! Are you sure it's of Nelson Mandela?
It might have been a little over exposed.

Thanks BQ. Official sponsor to be Dulux: for when you're going to be spending a while inside, and you want a paint scheme to keep your spirits up. Available in all the colours of the rainbow[1]!