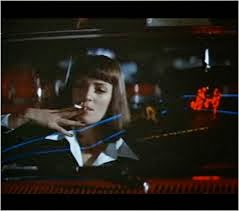 Some points from The Mirror.

Hundreds of thousands of children are traveling in smoke-filled cars every week.
In England alone, more than 430,000 children aged 11 to 15 are exposed to second hand smoke in cars each week, according to estimates by the British Lung Foundation.
185,000 children of the same age are exposed to smoke while in the family car on "most days", if not every day.
"Given these data only cover children aged between 11 and 15, it is possible that the total number of children affected on a weekly basis could be in excess of half a million."
Lots of up to and possibly as many as and estimates  in there. So it might all be a load of blown smoke anyway.
But I ask the readership this.
IF the medical evidence is correct and IF the debate's key point that children cannot move out of a car as they could with say, a smoker in a family room, is accepted; and that we are thinking of the good of the children as the principle reason for a ban then..
Pregnant women MUST be banned from smoking before car drivers?
Surely that must be the first step law as all the same arguments apply only much more so?

Not only smoking; we must ban all pregnant women from drinking alcohol, coffee or strong tea, eating more than 100% of the RDA of sugar and fat and from eating cheese.

Think of the children!

"Pregnant women MUST be banned from smoking before car drivers?"

you are missing something here which is the normative logic that runs (if I have been paying attention properly) - a women can do whatever she wants with her own body, and an embryo is part of her body

Pregnant women must be banned from going out doors. After all, the petrol fumes are lethal. Plus, all the noise and tension of the outside world could disturb baby's psyche.

"IF the medical evidence is correct"...
No Clear Link Between Passive Smoking and Lung Cancer

There are other studies that state it is not proven and that air pollution including ozone levels & diesel particulates all contribute to illness, asthma, lung cancer. Nobody wants to admit that they may be wrong about the smokers. Take the example of reducing the speed limit on the M1 where it runs past a couple of schools - There between the lines is the admission that the Medics/gov't know where the problem really is - they just can't, economically, do anything serious about it, so they point the finger at smoking.

All the evidence including the empirical evidence that everyone who lived through the previous 40 years of smoke filled bars, cars and living rooms should be dead or very ill by now, but they are not, points to the fact the the governments assault on the smoker in those very places is based on opinion and faulty science. 1000s of pubs closed, half empty restaurants etc....

As was stated in QT last night, it's another witch hunt but one with the purpose of distraction from the real culprit for cancer & lung diseases increasing.

or Japan where is it a very effective self-ban on pregnancy?

Logically accurate BQ - go forth and defend on LBC...

It's not about smoking, it's about control.

But since you ask my view is the bansturbators need to be told to fuck off. Slice by slice we are becoming ever more un-free. I'm a non-smoker, btw. Not even an ex-smoker - I've never touched it.

Odd that we live in a society where cannabis is illegal but the authorities act as though it isn't and a legal product is hounded left and right.

The state has de facto already has approriated the right to fill your children with whatever it deems it wishes to without your consent (even if you disgree and you are legally responsible for the child) via the Gillick competancy (Extended well beyond it's original intention). So banning smoking in such a manner is surely only a mirror of that - you don't know what's best, so you have to be told.

Btw with the passing of the lobbying bill (aka 'Gagging law') I trust the doughty burghers of C@W weren't even thinking of protesting...

A child should not ever be allowed in a car.

Clearly a child could be the unwilling victim of incompetent driving by the parent, perhaps leading to serious injury or death. What can the child do about this? Nothing.

There is absolutely no doubt in my mind that hundreds of children are dying in car accidents every year as a result of incompetent driving by their own parents.

The dangers of excess logic...

Its ridiculous isn't it?
Once the argument is stripped of its emotive impact it makes no sense at all on its own.
Anything can be banned as harmful to children.
Smoking whilst pregnant offers no chance for escape and the health risks have been fairly conclusively demonstrated. yet its the 2nd hand smoke that is the latest target.

Worryingly was the charity spokesperson's Maoist phraseology who kept talking about the
"Need to reeducate people."

"People need reeducating about the dangers of smoking. We do not believe in punishing individuals but in reeducating them"

Kim Jong-Un would have been very pleased.

If we are looking for factors in human underperformance, might we take a look at state schools and the "care" system before worrying about the occasional bit of tar picked up on the road?

Smoking with any non-smoker in a car is a rotten thing to do.

It's a bloody awful experience for a non-smoker and that's before any consideration is given to the health implications.

This is part of the attempt by the statists to wrest control of the upbringing of children from their parents. How do we get shot of these pernicious control freaks?

As a kid I used to have both parents sparking up in the car.

BQ - You know me. I don't like over-legislating either.

I just noticed that the tone here seemed to be that smoking with kids in cars isn't a bad thing to do.

Well it is - regardless of whether the harm from secondary smoking is true.

This int some mad lefty ban either. It's a ban already in place in other nations. Wether it works or not we don't know. Some study in 10 years will manage to explain little concrete evidence to us to argue over for another 10 years by which time a total ban might be about ready to be tried.

I am a non smoker btw. But dislike bans.
Smoking or a octal ban is something hat makes a lot of sense. The same reasoning as a drugs ban, firearms ban, asprin ban apply. Hazardous to health in the extreme.

That's why labours unlikely smoking ban was a good piece of legislation even if it was excessive.

If something is harmful in the workplace, it's harmful full stop. And if it isn't .. Then it isn't.

If someone died, you would probably get jail time.

The exact percentages can be argued forever, but the point is that when you smoke in front of other people that is what you are doing according to a lot of people.

The qualitative difference is that with smoking you cannot put a label on the stone that did it.

... but if you were one of the parents, I think you could.

Part of what makes life worth living is the chance to make real choices, some of which have negative outcomes for yourself and others, so a lot of me thinks it is none of anyones business.

Another part of me wonders how many children will be out on the ski slopes in france without helmets right now.
(with their parents at the bottom of the slope having a gaulois whilst waiting)

Legislating things like this has a great appeal, but there are points where in trying to create a logical framework for people to behave in, we forget people are illogical.

Like others, I believe education is the best answer - of the children - not the adults as it is too late for them (some might find that a bit weird and pol-pottish and so do i on re-reading)

It all smacks of the "look over there, not over here!" attitude. "Look we're doing something about smoking (whilst actually not doing anything REAL about smoking)"

If you want to stop people smoking how about

1] Giving away e-ciggies for free

2] Introducing electronic smartcard machines that only allow registered tobacco addicts to buy ciggies at the rate of 20 a day. The corner shopkeeper has to prove that all the ciggies he sells went to registered smokers. The machine can be simple - just has to register each smartcard used vs the barcode on the ciggie packet. That will stop shopkeepers selling ciggies to kids and renewing the market every year.