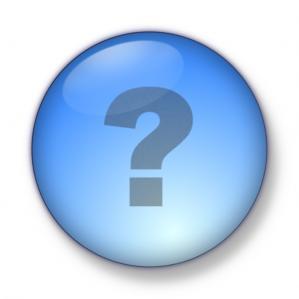 BQ Thinks.
1. Floods. Why isn't the government helping us? {said a woman on C4 yesterday. The reporter unhelpfully pointed out the EA and police moving animals and people into a boat in the house a few doors down: What she meant was why weren't they prepared to help a lot sooner.}
2. Possibly Nigel Farage, belatedly joining the rest of the British internet, demanding that the foreign aid budget is spent at home.Foreign aid is like the banker's bonus tax. We have already spent it 50 times over.
3. Bedroom Tax is a fiasco , according to some reports.
.... A little time out here...
Three areas where the government looks bad. Really bad - And which the management of was severely lacking. I feel a post to follow.

4. When did giraffe's become an endangered species?
5. Currency union. Is the UK bullying Scotland? Why have the SNP, despite 40 years of preparation, only just thought about this issue? And isn't UKIP finding the same. Some important questions have pretty vague answers.


Scoring.
2 pt for a correct guess of the colour or pattern of Dimbleby's tie.{before 10pm} 2 pt for an accurate spot for each of the question asked 2 pt for being the sole entrant to correctly predict a question asked
1 arbitrary point for any partially correct questions, witty phrases, spotting the soundbite, joke, tweet or posting in the comments first.
And the league table will be winner = 1pt
Everyone else - Zero.
Twitter- its often better than the actual show. And its jammed full of  earnest political studies university students and their mickey taking History and English taking friends

1. Is the Environment Agency still fit for purpose if it's protecting molluscs at the expense of Windsor Castle? (Personally, having spent too much time around Slough, I think they should have just diverted the Thames there and had done with it).
2. Is the dream of an independent Scotland dead now that monetary union with sterling is off the table?
3. Why don't we take bankers' bonuses and use them for flood control?
4. Have we spent too much on Team GB for too little return?
5. Oh, go on: why not spend foreign aid on something more worthy like HS2?

Dimb - Yellow tie.
1. Flood after flood. Is it only now Surrey is threatened the government acts.
2. CPS and DLT. Another case gone wrong. What was the CPS thinking?{Saville, obviously}
3. Public sector vs private sector sickness rates. A lot of malingerers been pushed out by the looks.
4. Interest rates and carney. That forward predicting didn't last long, did it?
5. Brit suicide bomber.Bombs in careers centers. Are the terrorists about to make a shocking comeback?

1. Floods "Money is no object"

4. Climate change / infrastructure all swallowed up

5. Abortion on demand no more..

Tie: Goldfish orange - I know it is in his collection.

Dinner went well last week, BQ. I found some local spice and blew their heads off. Back in wild 'n wet Blighty now for half term collection.

(0) some kind of sunburst, I am with Hopper on this
(1) some new floods angles, of course: perhaps - to bait Damian Green - (1a) are we seeing CAGW in the very flesh? and again to annoy DG (1b) what exactly does 'money no object' mean then, eh? And if for floods, why not for ... [your favoured special-pleading here]
(2) they just must get round to the Scotty Poond (3rd time lucky?)
(3) another qn that should have been last week - does the Corrie bloke + now DLT = end of the Savile-frenzy?
(4) what will we do with returning jihadists ? (those that don't suicide-bomb themselves, of course)

I reckon there's an outside chance there may only be 3 topics this week, they will spend so long on floods

Tie: Vintage orange and brown.
1. Floods. Can we believe the PM when he says "money no object"?
2. The poond. Salmond/Osborne: who's bullying whom?
3. British jihadists. Is it alienation at home causing them to go to Syria?
4. How can we convict 1970s era gropers?
5. Are African animals more endangered in zoos or in Africa?

Tie: muscular to the point of sinewy. Some people find that attractive.

1. Floods, is this climate change, should the govt do more etc.

Assuming that they don't spend the whole time talking about the weather...

2. Swiss vote to keep out them there foreigners. So where are the Swiss going to go? If we didn't have so many foreigners we wouldn't have had to concrete over so much of the countryside, that's what's caused the floods, I tell thee!

3. Mark Carney, forward guidance, they are making it up as they go along as an excuse to keep down interest rates, aren't they? it's all well and good trying to prop up house prices, but not if they are being washed away.

4. Barclays and Lloyds bonuses, WTF is all that about? Shouldn't the govt be spending the money on flood defences? PS, yes I know that Barclays wasn't part-nationalised, same difference.

5. The big three doing their co-ordinated attack on the SNP and waffling something about the Scots not being allowed to use the poond. Well, we're keeping the pound. And the big pond as well, the one that stretches from west London to Somerset.

1) Floods. Sentiment doesn't have to be sentimental.

4) How is it possible for currency to diminish its Sovereign promise if Jocks just can't be arsed?

1. No sterling zone? This is an artificial controversy; of course the Scots could keep the pound. But why would they want to keep it anyway? They will go for independence with the euro asap (and the rest of the UK will follow Scotland into the euro soon after).

2. Are the floods caused by climate change deniers? Never mind about the undredged rivers, the uncleared ditches, the EA's policy of flooding farmlands and villages, the policy of making the serf's pay for the establishment's mistakes: move along there, it's all down to the evil deniers creating groundwater.

3. Belgium encourages child euthanasia. There are just too many damn kids, aren't there? When will we get the liberal law for compulsory euthanasia of the over 65s as well, thereby saving a massive amount on pension costs? Buy shares in Dignitas (but not for your pension - cackle!)

4. Bankers bonuses question number 94. Was Thatcher to blame for the tide of greed flooding Britain, and did she beguile poor Tony Blair and helpless Gordon Brown into accepting all her evil removal of banking regulations?

5. Why did the evil Vlad deny Elise Christie her silver medal at Sochi? Is it because he is evil, like Thatcher?

1) DLT and other trials

Dimby will be slow and wear a black tie with Orange.

Did I miss anything?

Was delayed wringing out the sheep.

First Q: Why does it take flooding to hit south-east England before Westminster establishment and media start to notice and care?

# bit unfair. Somerset flooding which is really near me and has effected no one I know has been on the news for weeks. Not on politicians radar but on the media's.

Q2: “Are British establishment trying to scare Scots into voting to stay with UK by not letting them keep the pound?”

Q3 - Smoking in cars. A leftover from last week.

Q4. “Should UK take its lead from the Swiss when re-negotiating its relationship with Europe?

Taff - you missed little. The big EU supporters got little cheer. The climate change brigade got better cheer and UKIP revealed they do not yet have an immigration policy.See my point 5.

Well done everyone. very accurate.
Winner is Mr Wadsworth who gets to decide what UKIP's non existent immigration policy must be.

UKIP's immigration policy will continue to be a five (I think it's five) year moratorium on any more immigration whatsoever...

… until Farage bins this policy which he made up on the hoof on the basis it was "drivel".

Are UKIP missing a trick by not being ambivalent about the Scots keeping the pound. If there's a threatening consensus that they'll have to join the Euro then it will just create problems anyway - there's no win win situation here. Just a thunk.

DtP, I gave up on UKIP years ago, I'm not sure what their policy on Scotland is, or whether they ever had one.

Fact is, they have naff all support in Scotland and are probably heartily indifferent either way. It's like expecting them to have a policy on separation of East Timor or South Sudan etc.

They are a total joke when you drill down but for such an easy, cheap and totally pointless wedge to add to differentiation - 'nationalists unite!' type distinction - well, just seems bleedin' obvious, really. Ho hum.

You need to take part in a contest for one of the finest websites online. I'm going to recommend this web site!
cityimportedautos |

The problem usually is very closed to nobody trust the people around them.
alsurtravel.com |

All the contents you mentioned in post is too good and can be very useful. I will keep it in mind, thanks for sharing the information keep updating, looking forward for more posts.Thanks
www.kukimedia.co.uk |