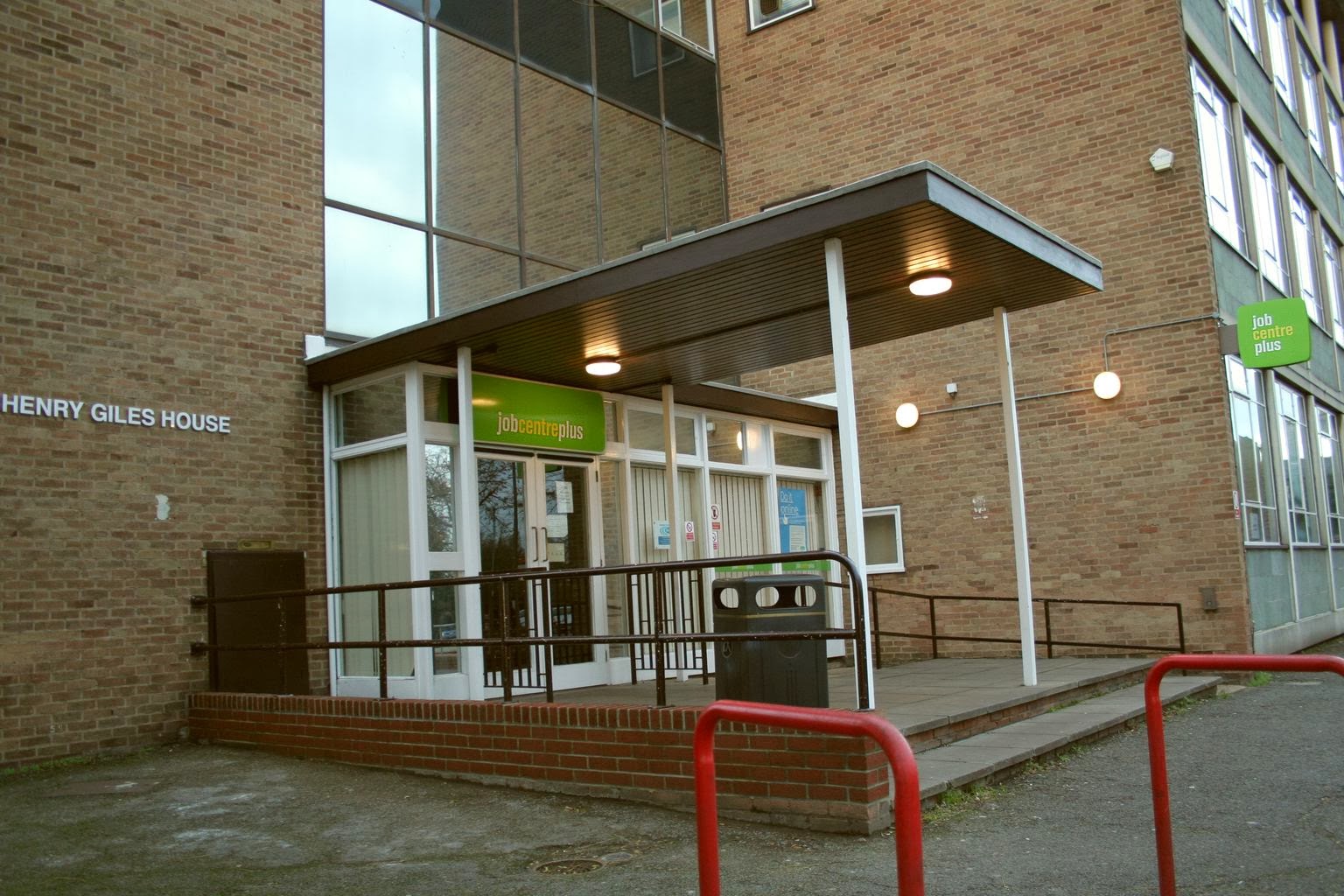 The Labour party at prayer are angry.
Following on from Vincent Nichols, the ­Catholic leader in England and Wales, who complained of the welfare cuts as a disgrace, 27 extra Bishops have been rounded up by the same newspaper, The Labour party in print, to convey a similar message.

I believe the Bishops are correct.

“.. as a society, face up to the fact that over half of people using foodbanks have been put in that situation by cut backs to and failures in the benefit system, whether it be payment delays or punitive sanctions."

This has been a problem since the changes began. What occurs in the benefits system seems to be a target culture of  sanctions. This target culture is denied by the DWP but confirmed by people on phone ins, claiming they work in Job Centre Plus and have to achieve a certain number of refusals. Further confirmed by hearing the tales of those seeking to claim and being turned away.
A very destructive culture seems to have emerged which may well uindermine the entire project.

A new claimant who misses a meeting, or completes a form incorrectly can face a total loss of benefits for a period of 4,6,8,12 weeks. Designed to stop the feckless abusing the system and wasting everybodys time, it has, judging by the rise of the food bank, gone badly wrong.
Because half of food banks users have been sent there by the Department of Work and Pensions.!
Apparently a foodbank user cannot just turn up. But has to have been sent along by a government department.

To have introduced complete and complex benefit reform at a time of recession with rising claimants and greater numbers of unemployed was brave, bordering on foolhardy. But like the other coalition departments the desire to get stuck in after years on the backbenches of opposition and the instructions from the Treasury to slash budgets encouraged change.

The government can complain all it likes about the need for reform and the church not appreciating the need to end benefits traps, but the government is making these people head to the church and charity lunchbox.

I know of personally of plenty of respectable people , worked all their lives, made redundant and found themsleves unable to receive benefits because form XYZ was unsigned on page 9, or they missed job seekers 'looking for work assessment meeting.'

{In one case they missed the assessment as they were at a job interview some 200 miles away.  And were sanctioned - loss of all benefits for 4 weeks. Took 18 weeks to appeal that decision. And during that time the job centre lost all the paperwork relating to the case and also missed their own meeting by getting the day mixed up. The appeal overturned the job centre's cessation of benefits}

The demand to make people behave responsibly and get to work is divined in the tough punishments. But the idiocy of a no strike policy is also revealed. Treating all claimants as if they have sat on their arse for a decade is wrong. Many have never claimed anything more than child benefit before. Many have never been unemployed before. A new bod turning up for work day 1, who makes a basic error isn't sacked. They are told how to do it correctly and warned not to do it again.

There is no problem sanctioning people. But it must be proportionate. A simple 2 strikes policy would do it, in lieu of anything more complex. Ian Duncan-Smith must be aware that the benefits offices have been refusing payments and stuffing the foodbanks for years, so giving  copy to his enemies.
He really should do something about it.

I think one of the problems also is that refusals are dictated from above (nothing wrong with thatin itself) but not letting the people on the ground make the decisions about who's taknig the proverbial and should be "punished" and those who are genuine. When I was made redundant from the construction industry in 2008 the bi-monthly signing-on at the local Job Centre was made easier by the people who work there, from day one being able to spot who was genuine and who wasn't. This was true at my 3-month and 6-month interviews.

There was an interesting comment somewhere on the subject of claiming benefits (I think it was on Samizdata) by a guy who was a middle class graduate type, who said in his experience the staff at job centres went out of their way to apply the rules to the letter to people like him (newby dole claimants, middle class educated people etc) while treating the 'regulars' like friends and letting them get away with all manner of behaviour that should have resulted in loss of benefits. He reckoned it was a sort of class warfare attitude.

Where is the written policy stating that IDS believes that x number of refusals have to be made?

Because if the staf are "just following orders" then there must be an order, right? So where is it?

What if there is no order? What would that tell us about what is really going on? Could it possibly mean that a heavily unionised civil service is attemptng to undermine the actions of a right of centre government and actually there is very little IDS can do about it?

I've met IDS, he was painfully sincere and seemed genuine, on a righteous mission

and of course the civil servants he must rely upon will contain many equally genuine ideological opponents, plenty of definite second-raters, and lots of dumb-insolent "if that's what you want, Minister" types

I have a feeling that your responses are the likely cause.

1. A mistaken instruction passed down the line. probably a badly worded memo. CLAIMANTS WHO DON'T ATTEND ONE OR MORE MEETINGS MUST BE SANCTIONED ..

2. Overzealous managers demanding budget target are met by frontline staff, on a PPI miss selling basis. GET RESULTS OR GET OUT!

4. Idiots and incompetents losing paperwork and cocking up.

What can IDS do? He can get some data and see whose numbers are out of sync with similar cities/towns.
Get some deputies to have a check to see if there IS a sanction policy. And if there is should there be?

{In my dealings with DWP one of our clients discovered on numerous occasions that despite DWP seniors saying 'there has never been a policy of stopping X or automatically moving people from Y to Z. We have never encouraged claimants to only use W as a partner service.' etc ... that the things that were being denied were absolubtely going on.

No resolution was ever found. DWP mandarins insisted there was no problem despite the data provided.

I don't believe they have many 'investigators' on their books.

I don't think the Tories are doing this to save taxpayers' money, or even to get people back into work, they are doing it to APPEAR TOUGH.

The Labour Party have not opposed these moves in any serious way, and their message appears to be that they'd be EQUALLY TOUGH, but more efficient about it.

But as both these parties are trying to pander to two entirely contradictory instincts - means testing and the contributory principle - the whole thing is doomed to failure.

If the Tories were REALLY TOUGH they'd tell the EU to piss off and that they are going to stop paying welfare to recent immigrants, but they always chicked out.

If you've ever sat in a Job Centre it's pretty obvious that the middle aged women who make up 90% of the staff are not going to say no to the rougher types who walk in.

Imagine the meekest female teacher you ever had trying to control a 15 year old, but this time with a drunk 25 year old.

It's been this way for 10+ years. The law hardly matters when the people giving out the benefits are scared.


The benefits system is complex.

To the point where reform / cuts are not really possible as too many are opposed and can prevent reform much more easily than change can be implemented.

I am fairly sure ids has no idea this sort of thing is happening.

At the end of the day BQ, 'welfare reform' - i.e. coming up with expensive ways of penalising a few scoungers on the margins off their backsides - became a stupid policy the moment unemployment hit 1.5 million or so in the crash.

Any money spent/saved when there are 2 million or so on the dole would be better targeted on the margins - i.e. helping people that actually do want to work to get back into work.

In early 2007 'welfare reform', 'hug a huskie' and '1m quid inheritance tax threshold' were popular. By mid 2009 they were all politcally stupid/poisonous.

I met IDS when he was a shadow minister. He was deeply unimpressive. That the Tories voted for him over Clarke has forever coloured my view of Tories. They're irredeemably stupid, despite many of their ideas being sound.

IDS has the same problem has any other minister - has a Big Idea, gets someone to implement it and then leaves it be. When a minister will learn that those managing the project will nod happily and send across shiny, positive, entirely-made-of-bullshit status updates things will change, not holding my breath.

They need to adopt a few things from the private sector - let us see progress, use mystery shopper types - in order to counter that.

The Universal Benefits System is an utter mess, I know people with dealing with it and the system that has been developed just doesn't work. Another expensive failure which no one will be dragged over the coals about, while IDS doers a bout of backside covering.

Not sure it's all barking up the wrong tree Steven L.
Benefits cap is a sound strategy. The cap will probably not move so today's generous 26,000 will be a less generous 20,000 in 2020. Might even be cut back before then.

Not a bad thing to say to people There is not infinite cash. Once you get to 6 kids its either food banks or cutting out the Sky tv or other luxuries. Like most families have to.

I'm still sure this particular aspect of policy can be solved quite easily and quickly. Providing those responsible listen to the complaints.

But as many have said, don't hold your breath with officialdom. Notoriously blind.

I've been reading recently about ordnance boards in Ww1 and 2. Didn't intend to. I was reading up on Mr Wadsworths man made river in Somerset. The river was made to provide water for explosives manufacture. It does seem to have a bearing on the recent flooding.

The WW2 torpedo saga .German and American torpedoes were faulty. At the outbreak of war.
Actual deign faults in all of them. It took years for the officials in any navy to believe the reports. The respective admiralties weren't even possessed of enough sense to go and test some torpedoes for themselves.
Just sent memo after memo blaming the crews for not doing hir job properly.

In the us navy a sub captain had to film his torpedoes bouncing off a cargo ship that he had forced to stop.
He fired all his torpedoes at different angles, speeds etc and kept One to take back to port to show the ordinance board.

Only then did someone at the highest level begin to think, there might just be a problem.

( the crew of the cargo ship re boarded and sailed home one the sub hd gone.)

Re torpedoes.
The Germans (thankfully)experienced big problems with their torpedoes during the Norweigan campaign.
Following the capture of HM Submarine 'Seal' in 1940 examination of the torpedoes on board enabled them to perfect their own missiles.