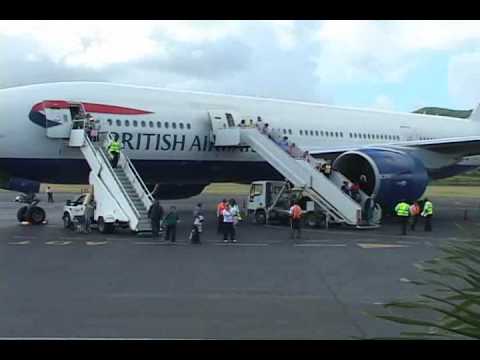 As the very eagle-eyed of you will have noticed, I have been away for a couple of weeks. Surveying new found lands and seeking to assist in creating property bubbles in new markets and economies. All in all, pretty good fun.

As a tiny aside I was waiting at the airport to return to the UK and as ever, the flight was slightly delayed. All around me I found myself half-listening to various conversations of those catching the flight back to Blighty. From a pure holiday destination I may add.

There were (and for this part of the flight, there were only about 30 people boarding) -

- Two set of banker families from JP Morgan London who realised they sort of recognised each other. One was a chinese family and the other a US family. Both had sprogs and their conversation was around what part of Kent to move out to to try to find better schools than in the Isle of Dogs where they had been living until now.
- A striking Russian woman struggling with her elderly parents on her way back to Chelsea.
- A few Caribbean locals heading back to UK for work, seemingly to Birmingham where they congregate
- A polish (?) family heading back from a holiday
- A couple of elderly English couples heading home
- My family.

One can be proud of our multi-cultural enigma that is London and its economy, or marvel at how the UK is such an attractive place that people from across the world are so keen to make it home.

Where were the young English families though?  It was Easter, surely some had gone away for some Winter sun too?

The main thing that stuck me was just how different an experience that was from say 10 years again even, when that plane was filled with English people returning to London from holiday (I know, I was there too then!) with maybe a few locals scattered in. It's amazing how much has changed culturally in one decade.

Hope you had a good break.

Yep, to be fair CU, the UK indigenous are down the road a bit on all inclusives in Barbados and Jamaica.

More likely to be Russian than Polish surely....

But, the place USED to be full of british tourists;. So it is not me who has changed or become much richer etc etc is it?

Now it is full of foreigners on hols, just that they call UK home too!

Jan - Russian for sure, I know plenty of them and how they act. The polish family could have been latvian etc for all I know.

Maybe you have inadvertently moved DOWN market then?! ;-)

The whole of wealthy West London was in Suffolk over Easter enjoying its bijoux charm. Maybe the Caribbean is for nouves and chavs these days?

The thing that made me giggle was that you may have been the only one paying much in the way of real taxes.

No one is against controlled immigration. Least of all UKIP and least of all me.

I liked living in multi-cultural London before the waves of we're-not-going-to-assimilate gangs of blokes in shiny leather jackets turned up and started looking at my wife.

...bet the bankers were too though, hard to escape when you are PAYE employee of a large organisation.

of course it helps if your after tax incoem is still 20k a month as bankers have!