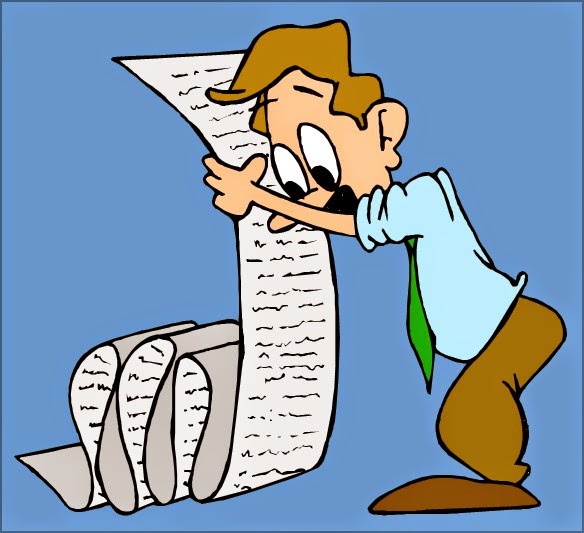 I am a non-exec at a small software co which licences specialist apps (as we must now call them - it used to be 'solutions'), almost exclusively to large UK industrials.  The stories the sales people bring back from the front-line are generally of the "you can't believe how disorganised they are" type, but regrettably I can, having seen the inside of many a massive software installation cock-up.  (Anyone who imagines these are the preserve of government departments is quite wrong, as we've discussed before.)

Anyhow, this week I learned of one that really adds to my general gloom on this wet holday weekend.

Company (household name firm, identities concealed to protect the *ahem* innocent) approaches us 4 months ago: "we are operating very inefficiently in one of our biggest cost centres & are worked off our feet using utterly hopeless old spreadsheets that no-one really knows how to maintain.  We think your app could save us a lot of time and errors".  "Correct.  And our app will work on all your existing PCs and most smart-phones; it will replace your grotesque, clunking spreadsheets with something you can audit; we will set you up in half a day; no systems integrators are required; the training is 2 hours for a basic user, one day for in-depth knowledge for sysad; we maintain it remotely." (it is SaaS)   "Great: can we buy a 3-month full trial licence?"

Last week, two months in, we call to find out how they are getting on & invite them to roll over into a permanent licence.  "Oh, we've been too busy to use it.  We haven't really looked at it since your guys left our office.  Can we just pay for the final month and uninstall, please?"

What's the betting they have however mysteriously found time in that period for at least one departmental away-day in a nice hotel somewhere?  If they get wiped out by some far-eastern competitor that actually knows what it is doing, I shan't be remotely surprised.  Tough shit guys, but you have it coming.

I heard an account yesterday of the state of the software in one of our biggest banks. Ye Gods!

A place I was working with invested in SharePoint, tried showing them how to use it for document management, project management and securing areas.

"IT does security" said one (they'd been waiting several months for something very basic security-wise from IT as this was said.)

"Not sure I trust it", said another, a mere week after he'd spent several days retrieving files deleted from the network share currently being used as a document store.

Then another sent me a project timeline on Excel, which, when I tried opening it a few days later, had been moved without telling me.

It is a curiously British mentality I've encountered in lots of places, both public and private, and has a whiff of the French about it, but they're at least self-aware enough to see in themselves.

Perhaps we deserve the bloody EU!

@dearieme - IT in banks has been notoriously bad for years.

One still relies on paper archives for some of the older information, never actually having bothered to digitalise it. At least it can't be hacked. Rotted on the other hand...

There is also a history of "what does IT do?", at least until someone needs to update some code and they realise they've made anyone who knows anything about it redundant. We've seen the results of that already. Expect more instances.

At some point they're going to have to invest in fixing their systems and updating everything, the longer they put it off the worse it'll be.

I wouldn't be unduly shocked if one the big banks got well and truly skewered by their systems going belly up in a manner that'll take weeks or months to get back up as all the various hacks and patches start bumping against each other.

Two issues really: One is that most British industry is incredibly badly managed. There are pockets of excellence, but large swathes of incompetence. (Tell me again: how did we manage to build an empire?)

The other issue is software. Most software is just awful, and behind the scenes is held together with gaffa tape and binder twine, as a few of the more intelligent observers on the web have been noting for some time. And is it just me, or do most websites no longer work properly? Bank websites can be particularly bad. (I had a massive struggle with one yesterday).

This is where new businesses eg Metro Bank etc will be able to out-compete their rivals as they can start their IT systems from scratch instead of the sort of Heath Robinson approach of older firms. I too have worked in places where the main systems were on old mainframes (I bet they're still using them)with lots of added independent systems. This was sometime ago admittedly but I got the impression that it was almost impossible to do anything else as it would be too complicated. I'm not an IT person but even trying to use systems like that (let alone trying to improve them) is extremely frustrating.

I agree British management is on the whole quite abysmal...people only seem to be happy if they're busy running like headless chickens and constantly firefighting. Personally I can't work like that. Glad I'm out of it now.

I have vivid memories of in the late 70's a local authority buying in to an outdated system at vast cost plus maintenance, then not knowing how to use it. I recall in this period David Blunkett being passionate about computers being under the control of local authorities who would issue licences and control use.

Britons are naturally suspicious of grand projets, which is why we are simultaneously the best place to be and have awful business management.

Taking the idea of Metro Bank a stage further why not have companies compulsory liquidate every 10 years.

This would force them to plan for the future so that deadwood systems, people, plant could be jettisoned and businesses either continued under NewCo's or spun off into new ventures.

After all corporate re-organisation and finance is supposedly one of the UK's strengths.


(I work in a business unit of a v.v. large outsourcer. My business unit sells pensions and payroll Software (which does not have a natural fit in the larger borg) for those of you still awake...)

ND is completely right - and wrong.
Software just reflects the organisation (up to a point), but it is very asymmetric.
Good software can help (but not save) - and bad software dooms you (your invoices are not just not paid, you dont know what they are).

ND is not right in most other senses. In every case I have come across the team is already stretched, the temp (the useless ones are let go v.v. quickly and the good ones get depended on after 3m) gets a better job and leaves on 1 weeks notice, one person goes on long term sick and another gives birth.
At which point they are too busy to do anything.
I am not aware of any 'away days' in my client base since well, ever.

You cannot deploy even the most trivial piece of business support software without considerable planning and thought.

All the reports/ outputs need to match the existing one else you need to get agreement from the recipients.

If you ever need to look at the legacy values, you need to dataload all those historic values.

If the software changes your business processes you need to re-train and understand the full impact, in every case there are needs that have never been written down.

If your business processes change and the software needs amending, there seems to be v. large barriers to change. Many internal SAP teams have a 6 month lead time.

The point at the end is that us/uk/european businesses look at a process in its static sense and yes, it generally is cheaper to automate as long as you dont change anything.

As soon as you want to change anything, you have the human and system cost of change.

... and i suspect asian based companies dont take such a narrow view of business.

"I heard an account yesterday of the state of the software in one of our biggest banks." An advantage of talking to Old Codgers is that the OCs tend to forget that they were sworn to secrecy when their children told them embarrassing facts about their employers.

I work in the London office of a large Spanish bank and I can tell you that they make the terrible management at my previous (British) bank look like Alex Ferguson. Myopic, self-interested and, frankly, clueless. And raking it in.

It's a sick joke really.

A private company working as a government subcontractor - the worst of both worlds.

In government the incompetence comes from the inertia of the system, whereas in private industry it comes from incompetents being promoted because they brown-nose.

As far as software goes I am more inclined to put a large chunk of the blame onto the software houses. Software is often far too expensive; is usually bloatware (bits bolted onto decades old code); is difficult to install, especially with lost keys and activation codes and the like; and difficult to use.

"Anyone who imagines these are the preserve of government departments is quite wrong,"

We don't, but we do know that the cockups in the public sector falls on the apparently bottomless pockets of the tax payer.

Cockups in the private sector? Suck it up shareholders!

Budgie: Very often clients refuse to pay to rewrite old code. So patch new features onto old systems it is, over and over again until the whole thing becomes a tottering heap of tightly bound components that no-one understands any more. RBS in particular is notorious for this amongst the banking IT people in my circle, but there are plenty of others just like them.

Which is not to say that there aren't large software houses that are happy to take the clients money and pretend to work on the project as long as it takes for the client to run out of money or hope, but the latter are just another reflection of bad management in the clients IMO - allowing your company to be taken advantage of in this fashion probably ought to be a firing offense, but in most companies running a £billion pound IT project that ought to have cost £100k gets you a seat on the board. Spending £100k on it gets you a pat on the back, if you're lucky :)

NB. On the topic of the original post, surely this a sales opportunity? If you can manage the introduction of the new system (because they don't have the staff time to do it) in return for a cut of future savings then things could work out to everyone's advantage. Making such a contract stick is the hard part of course. I know a company who sells mainframe code optimisation on this basis, but the metrics are easy there - just look at the difference in the IBM invoices...

Phil - @ sales opportunity - every businessman I know dreams of taking a % of the benefit they reckon to deliver: it is ultra-rare to be able to get that type of agreement in this sector

lack of metrics is only part of the matter

budgie, I know what you mean but in this case, not guilty, m'lud, our app is new, clean, and SaaS anyhow