Meanwhile, Over in Germany: the Madness Accelerates 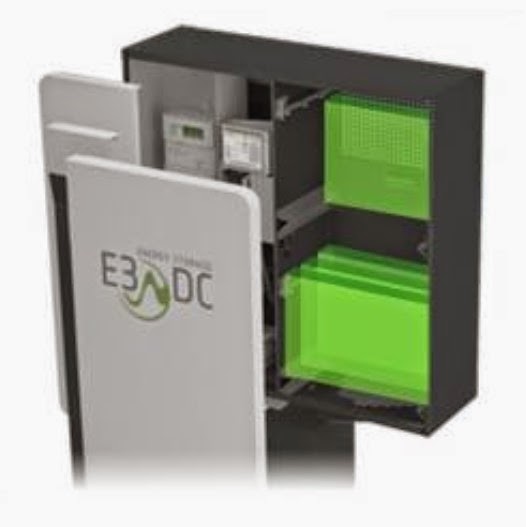 Just spent a few days in Germany on energy business, and there is a new piece of economic madness to report.  This time, it's at the individual level.

Readers will probably be familiar with the Energiewende, Germany's extraordinary energy policy, which embraces such entertaining elements as truly mind-blowing subsidies for solar and wind power (including paying for windfarms that haven't even connected to the grid), building more coal and lignite (sic) power stations, and closing nukes that have many more serviceable years in them.  The consequences of all this include vast electricity price increases to households at the same time as plummeting wholesale prices; an almost infeasible grid that is often on the brink of serious blackouts and frequently putting the rail network and high-tech manufacturing plants at risk (they need very steady frequency power); and, of course, rising CO2 emissions (sic).

Anyhow, it is by now well-known that grid systems with massive intermittent power sources such as wind and solar are in big need of efficient electricity storage, and lots of it.  Indeed, cost-effective storage is the holy grail of modern energy policy, and at present only pumped water-storage offers this on the necessary scale.  And it's not in sufficiently plentiful supply, being highly capital-intensive and geography-dependent.

Lithium battery technology (and indeed several other possibly prospective devices) marches on, but right now it is totally uneconomic for most power-balancing purposes.  But - and here's the joke - it's becoming fashionable in Germany for households to buy massive battery rigs and stick them in their cellars!   There is a modest subsidy available, which doesn't in any way make the batteries economic: but such is the 'aspirational' nature of this trend that people buy them anyway.  Tens of thousands have been shifted already (this fad only started last year) and manufacturers see it as an absolute boom and are gearing up to shift them by the hundreds of thousands.

To be clear: the upsurge in residential solar installations, and indeed co-op-owned local windfarms - can be viewed as entirely rational on the part of the investors since the level of subsidy makes them guaranteed 'profitable'.  But these batteries cost the price of a car and are guaranteed loss-making! - the manufacturers don't even pretend otherwise.

Such is the power of fashion.  Or the fashion of power.  Underestimate it at your peril.

Email ThisBlogThis!Share to TwitterShare to FacebookShare to Pinterest
Labels: Energy and Industry, Germany

Perhaps something like <a href="http://www.highview-power.com/>liquified air is a good idea?</a>

It is the sort of thing that is inherently safe and will scale - but not that efficient from what I can see.
But if the power once the solar plant / windfarm is built, is a sunk cost and so not much differnt in value to free when not actually needed (most of the time) might be sensible

Surely rather than batteries the thing you need is a good old diesel generator - just like the 3rd world it can kick in when the power faisl and costs only a few thousand dollars!

Well, it's not as though Germans have a history of falling obediently into line behind a popular delusion, is it?

Saw a fair few of these in a well-known underdeveloped Asian country when on holiday recently. Hoteliers and similar realise that "the power is off" doesn't cut it when the customers want to use the wifi.

Didn't expect to hear of it in the most "advanced" European country.

As per CU - shirley it's idiotic even if rigged to their own solar or whatever whereas a good old fashioned diesel generator coupled with a lovely wood burner and everyone wins.

Presumably these are lead acid batteries, the most efficient? Anyway, even of they aren't all batteries are the most polluting of al the power technologies.
And if they aren't used and cared for correctly they are likely to have a useful lifetime of only a few years.

Anyway, any tips on companies to invest in to ride this wave?

At least they have found a use for those nuclear war shelters they bought at the height of the last mass panic.

Off-grid is the way to go for all of us...self sufficiency all round and then we can do without the grid and only have ourselves to blame if we don't have power.

I thought the new thing was vanadium batteries see eg www.camcocleanenergy.com who are at the forefront of this new technology.

Unfortunately in my present abode I am 100% dependent on the grid but I would like not to be.

Surely a huge safety risk, having that much stored energy in your cellar? Noone would store gallons of petrol under their home; large batteries are much the same --- one short and there's a serious fire.

to echo Jan above, the bbc did an article on local power storage (probably at the sub-station level) about a month ago (http://www.bbc.co.uk/news/magazine-27829874).

If the article is right about the 2000 limit on charge-discharge cycles for lithium batteries, this solution is *so* un-green its unbelievable - and costly too! Still, I guess they are looking to use up all the unsold electric car batteries they have sitting in warehouses.

I suppose the thing none of us have said is: perhaps these German chappies are just being realistic as regards power-cuts to come ...

The big question is what capacity are these batteries and what size inverter are they driving?

An answer to those two questions will give some idea of just how much use they will be when the power goes off.

Experience says they might have a 4 kW inverter and , even if the battery pack is of a similar capacity to those used in cars it only gives them a few hours at full output. This assumes they are recharging from the mains to start with. If they are using solar or wind to charge then it is a totally different ball game - like how many weeks does it take to recharge.

Still, they say a fool and his money are soon parted and here is the evidence.