Google and its Enemies 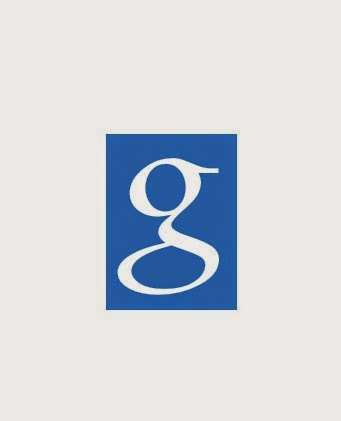 Google has a lot of friends, and why not ?  A company providing a mind-blowing array of incredibly useful services for free, within a fabulously successful business model, and with more and better promised: it seems perverse not to be positively inclined.

Enemies, then ?  Well some aren't exactly smitten by Google's many charms.  A lot of jealous rivals, obviously.  Those who don't enjoy the thought of their every keystroke being analysed as part of a Big Data exercise and then, shock horror, made available to advertisers (- just like the supermarkets).  The "don't be evil " injunction invites us to apply high 'ethical' standards which any commercial enterprise - particularly one operating in uncharted territory where there are few rules - is likely to find hard to live up to.  (Google is scarcely the only organisation on the planet that bows to China's wishes as regards censorship: must post on Hong Kong soon.) And we can diskard uterly those of the Max Mosley brigade who don't like the idea of their past public-domain misdemeanours being accessible via a search engine.

But Google does have some real enemies.  Murdoch is feuding hard with his anti-google campaign, suggesting the old pay-wall strategy isn't a roaring success.  Good luck with that, mate.  As the music and book-publishing industries have also discovered, (and shopping, and education, and TV, and translation, and taxis, and medicine, ...) the world has indeed changed.

More interesting is recent observation that Facebook is the enemy of Google - and at a deeper level than just the straightforward, long-running battle for investors' and advertisers' favours.  How so ?  Because Facebook lures people into a closed, self-contained world wherein to spend their hours; whereas Google is seeking to make money from providing services to people doing Real Things in the Real World - travelling, researching, shopping, eating, going to the theatre, reading articles from foreign-language sources ... they'd love you to help them extend the list.  The more time spent with Facebook, the less time googling tourist destinations.

To the extent Facebook is a threat to Google's interests, those mad online 'games' that tie people to their screens for days at a time must be even worse.  Preference for the virtual vs the real world is increasingly a choice people make for the use of their spare time - indeed for some sad types, of almost all of their time - and some would argue there is more at stake than just Google's revenue potential.

A very strong case against the virtual is made by the fascinating Ian McGilchrist (Fellow of All Souls teaching Eng Lit, and Fellow of the Royal College of Psychiatrists, Research Fellow in Neuroimaging, & Clinical Director of Acute Mental Health Services).  His thesis runs along these lines:  the left brain (specialising in abstraction, maths, linear reasoning, theorizing, virtual world) should be a tool of the right brain (intuition, empirical reasoning, metaphorical thinking, creativity, real world), but starting in the 20th century the left has started to predominate - and not in a good way.  In fact, he reckons, in a very damaging way.

608 pages of this later (The Master and his Emissary), you may or may not agree with him.  It's a value judgement at the end of the day: and I'll take real-world Google against virtual-world Facebook any time.

It will only be a matter of time before people react against sharing all information on line with everyone - it has fooled the kidz for a generation, but will prove to be a passing fad as with much else in life.


You are not alone.
Ms Kaminska / FT Alphaville Blogger is looking at the same sort of things from a rather different angle.

and less comfortingly, I agree, but caveat that just as people are complicated, it is not a black and white thing.

and .. not so long ago it was Altavista and MySpace.

you got that right!

and McGilchrist is, right up to his final page, a bit too dogmatic (then he inserts a neat bit of nuancing which rescues the whole thing)

Google by a country mile even if their mail has some serious flaws (there was no way of changing the clock settings manually so my phone kept alerting me to meetings at three o'clock in the morning.
I would much rather be reading the posts here than giving the thumbs up, to the pictures of the toilet habits of my so called friends on Facepalm.Unfortunately I'm usually too late to the party to join in with the discussions on here.
I believe that the right side of the brain was dominant in the very young (visual, special emotional...) but is trained out of us as we get older. The lack of imaginary play time is speeding up that process (shooting your mate with a stick instead of pressing buttons in sequence to get a result).
As a rule of thumb I always go with- anybody that uses the phrase "thinking outside the Box" is incapable of doing so.
If you want to trigger the right side of your Brain (if your right handed) drawing or music (with no other stimulus) are best (unless your partner is in the mood)

Facebook, to me, is just a place my posts get fed to for those who access them from there. As for social interaction, Twitter or the blog does the job.

@CU - people will only react if something very, very stupid is done. So far FB can do experiments on their users and the overwhelming majority don't care. Humans are social creatures, we like to signal our successes and social media is the perfect arena for that. And there is no business model for social media that beats monetizing the users, something the users will be happy to do if they can hoot their life for 'free'.

As to whether FB itself is a fad, probably. You need only look at Zuck trying to buy in success and to extend it as a platform (they're looking at P2P payments) to see it requires feature growth to keep going. Google doesn't really, all its features are just ways of tagging thing to its core business which is advertising. That's FB's core business too, just that it can't be honest about it, whereas Google can.

And at some point Google will figure our social. Google+ was a nice attempt, but would have been better being used akin to the Google Mini search-engine-in-a-box - something you plug into your intranet to add features and publish information to staff, the Circles were a perfect way to blat data across a network so only the intended targets got it. Inside a few years many places would've been able to downgrade their internal mail servers as much of the internal crap and large documents being fired out would've been replaced with the G+ stream, much to Microsoft's chagrin, and then possibly migrated to Gmail. Real misfire that one.

But when they do, they'll be able to beat FB.

FB also does a good job of annoying users with its tinkering - example, I want my stream ordered by time, not by a top story algo, yet after what appears to be a random amount of time I have to reset that setting. It isn't hard for them to persist it, but they want people to use Top Stories so they can pump adverts into it. The result is that, using marketing droid speak, the site has become less 'sticky' for me and others, yet I'm the very person the advertisers would like to engage with (homeowner, disposable income, likes toys and gadgets, buys stuff online) so their attempts at telling people how they should view the web will become increasingly counter-productive.

And of course the very best thing about FB are the conspiracy theorists on it. Telling everyone what THEY do not want you to know, from a profile where it is recorded where they've posted something from, where they've linked to their family members and other tinfoil hat aficionados, and where they stick pictures of their families up, usually without stripping the EXIF data that tells FB where it was taken and when.

Didn't paranoics used to be smarter than that?

I'm not on Facebook and I do like Google - they get more things right than wrong, to my mind.

Speaking of which, that Gilchrist book looks interesting. I read Julian Jaynes' "The Origin of Consciousness in the Breakdown of the Bicameral Mind" a few years back and thoroughly enjoyed it - I'm sure that there is a grain of truth in his ideas.

Some of these ideas also pop up in the wonderful SF novel "Blindsight" by Peter Watts which I also highly recommend.

I do wonder how much of their ads revenue is made from inertia selling scams though.

Wildgoose - thanks for recommendations, I must try Jaynes. McGilchrist is well worth the effort IMHO

I have not much time to visit many websites. But today I found this site accidently. I explored much information which is useful to my life. Thanks!
coffe3 |

Generally I do not read article on blogs, but I wish to say that this write-up very compelled me to check out and do so! Your writing style has been amazed me. Thanks, very nice post.
gobzrk.org |