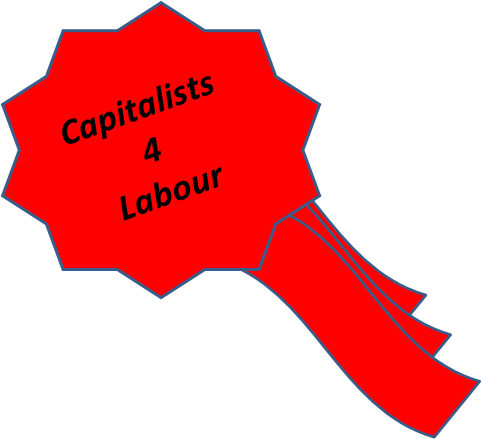 Given the start of the short campaign is upon us, the editors of this site have spoken at last about the direction we want to take for the forthcoming campaign:
Cityunslicker, after siding with UKIP for much of the past Parliament argued strongly that a higher investment in infrastructure was needed with less of a focus on current spending. UKIP have no real policy in this area except to cut HS2. The Tory he sees economic policy is rose-tinted in the extreme.
Which is, after much deliberation, also Nick Drew's view. The Tory promise to create a surplus over the next 5 years is simply not credible given the refusal to advise on any real areas of further cuts in detail. Instead whimsical promises are made when we know that Local Government for example really has been cut to the bone.
Meanwhile, Mr Quango, has, as ever, decided which way the wind in blowing and considers the House of Lords reform least likely to happen under a Labour Government keen to fill Quango's and other pseudo-state apparatus with aligned placemen.
Taken together then we have come to the rather interesting, but entirely logical position of supporting Labour for the 2015 UK Election.
- Labour will avoid a damaging and silly attempt to leave the EU.
- Labour has plans to reduce expenditure in nicer way than the Tories and not to seek excessive tax cuts at the expense of the poorest in Society (i.e. the Scots)
- Labour are the only party really standing up to the crony capitalist oligopoly in the Country by attacking Banks, Energy Companies, Retailers who pay less than the minimum wage, Airlines and Media interests all in favour of standing up for the little guy. About time too.
We hope that you see it in your hearts to vote the right way come the May 8th Election and elect Ed Balls, easily the most impressive candidate for Chancellor, into the Treasury on May 8th.﻿
Posted by CityUnslicker

As a new member of the team, what can I do but agree?

And I thought you`d all flipped...

I've decided that I am voting Conservative after all.

I was about to boil over until I remembered the date.

This gave it away for me; "Instead whimsical promises are made when we know that Local Government for example really has been cut to the bone."

The cheeky bastards in my borough stood for re-election on a record of having frozen council tax for three years, then put it up at the earliest opportunity, by the maximum amount (1.99%) they could without triggering a referendum.

I cannot disagree - Ed Miliband acts like Thatcher had she any, ahem, Balls.

A statesmen of a level we've not seen for sometime, and may never see again, with a level of composure, coherence and nous unparalleled amongst his peers.

His knowledge of business and acceptance from the international community of world leaders marks him from the likes of the others.

I'd better stop, this is turning into a Bird/Fortune sketch in my head...

You could have included Ed Miliband's promise to make sure everyone can get a GP appointment within 48 hours. That really is the April 1st offer to cap all others. My NHS contacts first laughed hysterically then collapsed whimpering in a dark corner.