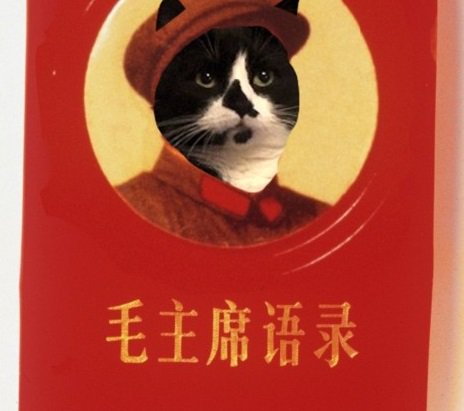 The big political news after UK declaring war..terror attack in the USA .. Oldham success for Labour .. Momentum thuggery ..etc ..was that Corbyn has a cat called

A different Jeremy got into a spot of twitter outrage  a while back when it was revealed that his pet was called Didier Dogba. The dog was black . And so Clarkson was clearly being racist..This time, no demonisation of him naming his puss after the world's all time top mass murderer.

So now that it seems its acceptable to allow dodgy pet names again, in the spirit of Chairman Miaow,
- "Let a thousand flowers bloom"

And we'll have a good old fashioned weekend compo to find


And don't forget the budgies

Your own feline, canine, avian, piscine,reptilian, murine efforts in the comments.
Posted by Bill Quango MP

I like the pet tag in the US for winding up liberals.

Sorry. That was... incorrect. Politically.

Before settling on a dog's name, imagine yourself repeatedly calling it in a busy municipal park .... hmm maybe calling your black lab after Guy Gibson's not such a good idea.

"Didier!" not too bad however; it's got sounds dogs can hear. Eva, Leni and Hannah as chosen by the late Alan Clarke are also actually pretty good dog names if not in the best of taste.

I've never named cats. For ease of memory, they've all been called 'Cat'. We have quite a busy main road nearby, you see.

It's even funnier than you think. Mao is Chinese for 'cat'

Broaden to other pets.

And the nominees are...

THIS IS WHAT A CAT LOOKS LIKE
Tony Bear.
Jacob Rees Mog
Maria Beagle