Following on from Blue Eyes and electoral methods, what would the UK look like under the United States system? 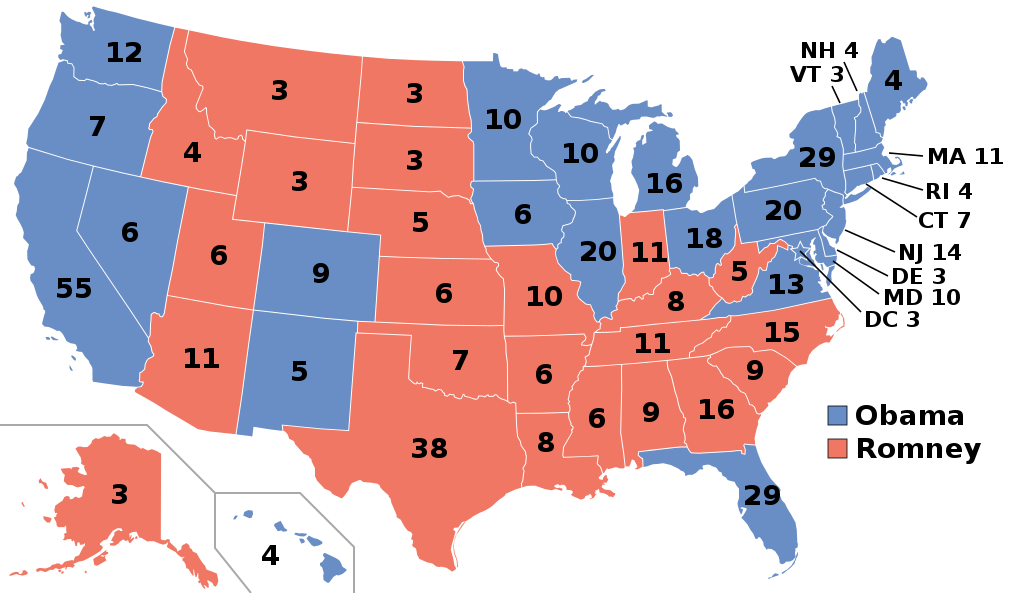 The USA has 50 states that are allocated electoral votes on a mostly by population system. The more populous the state, the higher number of electoral votes each state has. Each state totals up the votes and whichever candidate has the most votes, wins those electoral college votes.
Its FPTP with a twist.

There are a number of anomalies with voting by district. And some underpopulated states such as Alaska and Hawaii are hugely over represented, but these minnows they still only have 3 votes per state. Once a hopeful presidential leader amasses 270 votes, they win. Unless its Al Gore.

The UK has 64.1 million people. Taking that as a basis each region of the UK has a number of people within each of the 9 English regions and the 3 of the nations that make up the UK.
The South East region is the most populous with some  8,634,750 people. The smallest region is Northern Ireland with 1.8 million people.

The UK has about 20% of the USA population. {which is pretty amazing if you think about it. The UK is around 60% of the size of California.  But has 1.5 times the population. Wyoming has 10% of the population of Scotland.}

Taking 20% of the total people of the USA x 20% gives {with some fiddling because I could only find 2008 data} and we have an electoral college of 106 to allocate. We add one because the USA got itself into a right mess by having an even number of votes. 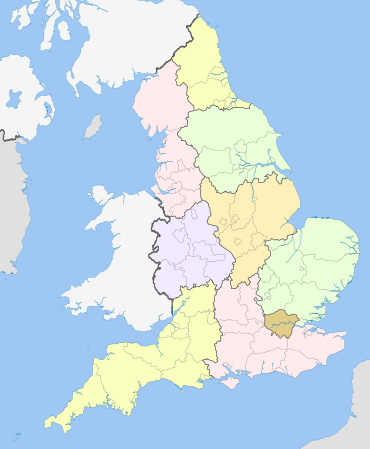 So Nothing much changes. The Tories need DUP to win. Labour need SNP and DUP to win. West Midlands is the only region likely to change from Con to Lab. Still not enough without SNP.

Under USA system that wouldn't happen anyway. If neither had more than 54 votes then each region would have one vote each to elect a Prime Minister. If it was 6 each then, I have no idea..

So what does this tell us?
Scotland and the rise of the SNP stops Labour winning.
London is growing faster than the South East. London has three times as many people as the North East does.

A system that makes all the Northern Ireland representatives from just one party does not seem like a smart system.

On the other hand they could always properly scrutinise the govts legislation...

Shouldn't you also introduce US levels of voter fraud. Blair made steps in that direction but did he go far enough?

USA system only works for 2 party system. A more moderate Republican and more extreme Democrat would both achieve lots of votes. Enough to power broker. But the US system doesn't cater for that. The Winner is the winner and can do whatever they like. But congress will block it so they can't do very much at all.Might be able to get some kind of medical care in 8 years. Might be able to lay a few bricks of a wall in 8 years. That's about it.

In the UK, as it is now, a two party system no longer works. The SNP is a proper force. A government by itself. Ireland has different parties.

If we switched to counties, instead of regions, that would give 86 'states' to be won. 33 of those are in Scotland and would have a tiny EC number - Probably 1 each.
Orkney has a population of 20,000. Yorkshire is some 5 million.

This would make it more like the USA. Winning the big number states is key to victory.

If the UK took part in American elections, would we be clearly a Blue State? I would like to think we might be a swing state. Or maybe even a moderating influence on the overall system.

33 of those are in Scotland and would have a tiny EC number - Probably 1 each. Orkney has a population of 20,000. Yorkshire is some 5 million

Saying Leeds, Bradford and Huddersfield are all in 'Yorkshire' so they are a 'big' seat, but Dumbartonshire, Renfreshire and Lanarkshire are not Glasgow, so they are all little seats seems a tad devoid of logic to me.

@Blue Eyes Depends whether or not the Republicans would be willing drop the religious right. I think the UK (and a lot of Europe) is quite far to the right of places like California or NY but is not at all fond of the religious stuff.


Worth noting that the original electoral collage wasn't always such direct democracy. States voted for representatives who would then vote for the president of their own free will. Most countries abandoned such systems but the US kept theirs because it helps to equalise the discrepancy between the states.

On a similar note I've been hearing people defending the EU recently by saying it's not "undemocratic" and isn't much different to such systems around the world. Fair enough, but you can bet these are the same people who want a directly elected House of Lords. It seems that there are a lot of contradictions with Remainers, especially since I view Brexit as a pro-globalist move and they keep telling me I'm a protectionist isolationist. Their argument seems to be that we need to hide inside the EU to protect us from China, the US, etc. And I'm the isolationist?

Steven_L Not to do with unitary authorities or John Major's local administrative areas.Or 'softy suffners never going beyond watford'.

Historic counties.
That's how they are.

The good thing about doing it that way is it would look more like the USA where clear population figures can be seen in the power of the states to vote. London would have to be added on. Otherwise 15% of the country has no representation.

BQ is right, many here at the moment are very unhappy with the choice they face and are hoping congress etc can mitigate the damage either choice for pres can do.

If you 'added on' London, presumably you'd delete 'Middlesex'?

You're not fooling me BQ. High school in Kent the best link you can find?

But mostly he wants the good people of the planning department to run the world.

Steven_L - Woodlands Junior is actually a pretty good and informative site - a tiny Brit Wikipedia, and exceptional among school sites. And it's high in Google rankings...

Counties (and Ridings) are better than EU 'regions', introduced as part of the plan to absorb Airstrip One. North Yorks has nowt in common with the West Riding.

Great article. I read this article properly. This is one of the best posts. Thanks sharing this article
Teefury
Redbubble uk
Spreadshirt us
tshirthell coupon
threadless coupon
Teeprings us
Teepublic coupon code
80stees coupon