Eight years of banking pain and still no end in sight 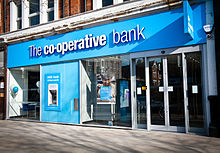 Co-Op bank has put itself up for sale today. Ouch, even after a big bailout from new shareholders, there seems to be no way for it to actually turn a profit on its customer base. Frankly with low interest rates and non-banks piling into the market, there is not much to be said for retail banking. They never did get there way on charging for current accounts...


Add this to RBS, being denounced in the press for being about to launch another mass redundancy round to try and cope with its 9th annual multi-billion loss. Again, similar to Co-Op, it can't make money from its business - certainly only a couple of billion from what it has left after shutting down investment and international banking. This  two billion is dwarfed every year by payouts for the sins of the past misdemeanours.


2007/8 feels like a long time ago, but many of the problems in the banking system are still working through. The medicine of Quantitative Easing, which was hard to argue against at the time, has persisted long past its use by date. The Bank of England has always found a reason to keep the taps on to help the economy.


However, the underlying system is now very screwed by this approach. With no interest rate differential in the markets, banks struggle to make money. The regulatory burden, necessarily increased after the great crash, is expensive. Instead of the Banks making good, new entrants, with lower costs have come to the market and started to feast. This is good capitalism and as it should be, but will make for a big taxpayer write-off on the RBS investment.


Perhaps we should just do it and move on, rather like Co-Op group did with Co-Op bank.
Posted by CityUnslicker

Charging for accounts? Some even offer interest!


If we let interest rates rise, so will the GBP and our exporters will be erm 'adversely affected'

The only answer I can think of is to squeeze the supply of money to the bubbly bits (property) - or expand the supply of property.
Neither will be popular.

The co-op store near us is unrecognisably better than it was twenty years ago. I hope that's some consolation to them.

I stuck with HSBC here and have been happy with that but in America under Obama my JPM and Well Fargo have done well with the promise of more to come coupled with a growing div,and here is m thinking all banks are evil!

I should have said despite Obama.

@Andrew - they dont like that suggestion on here. In fact I dont think they even realise theres a massive, gigantic bubble blown deliberately by the BoE.
Unfortunately this was done - not in the interests of the people - but to protect the (notional) value of the collaterol backing up the banks busted loan books.

Rather than fix the banks and force them to take their losses, the govt blew a gigantic asset bubble to make the whole thing look proportionate.

The banks, realising that the govt would sacrifice the whole economy and future generations prospects, quite naturally refused to reduce their lunacy and doubled down on their lending. Thus we have the situation we are in today.
Pensioners richer than working families, houses overpriced by about 50% and a populace in open (and so far democratic) revolt.

An LVT would reverse an awful lot of this.

The shit will really hit the fan when the pensioners realise the old Nye Bevan adage is true "The great secret about the National Insurance fund is that there ain't no fund."

Its coming much, much sooner than most think and when it does it will be far, far too late.

Myhalftermname. Nice to hear from you.

But not all banks are screwed, HSBC and Barclays sorted their shit out. Santander never had any (like JPM and Wells Fargo [their recent misbehaviour is different]}. Some banks are just really badly run and QE is extending their lives, broadly in the way you set out except there is no doubling down - balance sheets are far lower than they were 10 years ago.

(another break, you know when there is a bubble when all your banks rank near the top of largest in the world by assets - china currently 8/10 here...big red warning sign. )


If the answer is communism (LVT) then you have asked the wrong question.

And of course NI will fail, I would call this a known known.

One alternative - in recognition that we are a small country and most of our assets are human ones - could be a People Value Tax.

Every 10 years or so you get assessed by your local council and are banded by intelligence / avarice / psychopathy / morality / whiteness / maleness / public schoolness / education / No of followers on twitter
- all the prime indicators of what your earning potential should be and you pay a fixed amount pa based on the band average.

You could adjust this for where you live - clearly a banker in London is paid more than a banker in Dumfries.

You could also extend this for unpaid responsibilities - like childcare and charity work.

Andrew - we have this, it is levied every year and is called Income tax!

in the PERVERT model, if you volunteered for lots of things and lived in the north east and were heavily disadvantaged, you may be band A
Tax = 0

if you were a white male oxbridge grad partly living off an inherited ISA in the nicer part of the south east, you may be band D
Tax = 25,000

An unspoken issue for them is they declared themselves the ethical bank and would not invest in anything like tobacco, military, etc. You know, the bits with the money but instead went green and thus into the red.

Reliant on watermelons to support them instead clearly has not paid off. So sad. Myself I have an account with a couple of quid in it that I haven't used for years but they keep sending me statements on how ethically they are doing. Financial results were obviously not as important to them.

"Perhaps we should just do it and move on"

Perhaps we should have done it years ago; Iceland seems to be doing OK now.

Hey what a brilliant post I have come across and believe me I have been searching out for this similar kind of post for past a week and hardly came across this. Thank you very much and will look for more postings from you.
Company Formation Singapore