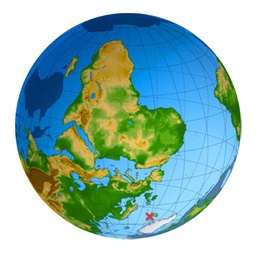 What a topsy-turvy world we live in.

Everywhere I see the media the reporting is upside down.

May and Hammond are finished - but lead 18% in the polls.

Corbyn is a useless dead man walking - he has only won convincingly two leadership elections in two years.

The Dutch far right are defeated - even though they won extra seats and the ruling governing party lost huge ground, with the left dropping from 22% to 6% in the latest election.

Britain is facing Brexit disaster - yet Foreign Direct Investment continues to be the highest in Europe and Toyota, alleged to quite if we voted to leave the EU, is investing more in its UK plants (Exchange rate upside bigger than tariffs is the calculation- in case you wondered).

The Main Stream Media is upset at the rise of fake news and alt-facts - but they can't face reporting the world as it is;
but only as they would wish it were.

I was thinking this just this morning. Its as if the news is some sort of jigsaw. They give you the little pieces and you have to assemble it yourself to see what the picture is.

All of which makes me wonder why anyone takes any notice of it.

It seems that the Dutch election favoured pro EU parties but this was not an EU referendum.

No way would, say, the BNP (openly anti Muslim) accrue 80 Parliamentary seats in Britain. But that is what has happened in Holland. (Yet the British are 'racists' !)

Some comments I've read state that there is no appetite in Holland for Nexit because most of the parties voted for favour the EU. But this conflates many policies and is a bit like Britain was in 2010 when ALL parties stood for the EU except a few unviable ones.

It's great fun googling "despite brexit" and then seeing all the apparently good news.

But try the same with "Brexit fears" and you get reams of bad news.

In the instant case, "unemployment down despite brexit but median wage stagnating on brexit fears" would fit the bill.

Why not just call them by their proper name, the "Legacy Media".

With a few carefully-chosen adjectives before "Legacy" perhaps.

MW - Except that wages are stagnating as labour supply continues to increase even faster than the very high rate of job creation.

A cause of Brexit, not a fear thereof.

Is that right? The most recent figures had net migration falling. More likely is that welfare and tax reforms have lowered the natural rate. The Holy Grail since the post-war boom petered out.

> No way would, say, the BNP (openly anti Muslim) accrue 80 Parliamentary seats in Britain. But that is what has happened in Holland. (Yet the British are 'racists' !)

Yes something a lot of people are missing is that Wilders really is quite extreme. More BNP than UKIP or more Jean-Marie than Marine (actually I don't know much about her).

To get so many votes on such an extreme platform is hardly a defeat. Plus you don't need to win to shift the Overton window.

more like in response to
'us fed raises rates'
world says
'after 10y, normal service is resumed - PARTY'

#the bad thing did not happen

Wilders' party went from 15 to 20 seats, a 33% increase, yet to listen to the BBC you'd think his vote had halved.

CU/BE - as the number of new Poles drops, the number of new Romanians and Bulgarians (to whom Poland is a relatively wealthy country) increases. I remember the Guardian and BBC telling us few would come, which is what they said about the Poles in 2005. And our farmers aren't Sicilians.

"the most recent figures had net migration falling"

BE - net migration would have to be negative to reduce the labour supply. Think about it.

"Net migration to Britain fell by 49,000 to 273,000 last year, according to official figures that include the three months after the Brexit vote."

So at that rate we can expect real wages to start to increase (after falling in the meantime) by around 2024, on current trends.

Real median male wages in the UK are lower now than they were in 1997, and that's using the BoE inflation calculator, which fails to take the house price disaster into account.

Did anyone else see that program a while back about the Polish farmers shipping in heap labour from North Korea?

Oh dear. So wages can only rise if the population falls? Oh dear, oh dear.

I forgot the laws of supply and demand had been abolished ...

The pressure on wages comes from all the customers in the supermarkets looking for cheaper food.

Likewise people buy their clothes at Primark because they are made by workers on very low wages, so the clothes can be cheap. It isn't really the rich who exert the pressure.

The internet is funny. I can't think of a situation in real life where an angry response would contain the answer to the question being shouted.

There are plenty of introductory economics books. I think one of the ones I bought cost 99p on Kindle. If you have been cast out onto the dole by a Romainian farmer, try searching for "natural rate" or "NAIRU" theory. Also of interest is "lump of labour fallacy".

I find it fascinating that in a world where information is cheap and easily accessbile without even getting up from one's sofa, how little interest there is in learning.

I am sure everybody who reads this site is perfectly well acquainted with the concepts behind "Natural Rates" of Labour.

Which only apply in a perfectly borderless world.

We used to have car wash machines. Now we have immigrants with a sponge and a bucket. This obviously a drop in productivity (amount of work per worker) and yet it has been deliberately foisted upon us and furthermore it us used as a stick to beat us with on international comparison charts.

Why, it is almost as if our rulers don't have our best interests at heart...!

Wildgoose, nice assumption but anyone who asks whether the laws of supply and demand have been suspended may not be as familiar as you are. Hence my suggestion to actually read something.

The natural rate theory does not depend on any particular external factor, as you know. The theory is that the rate to which unemployment can fall before it triggers inflation varies according to many factors and over time, and is therefore extremely difficult to estimate.

People who expound the lump of labour fallacy when accusing "car washers" of stealing jobs forget that over time lots of things change. Presumably they think that if we erect high enough barriers they think that coal mining and iron smelting will become valuable careers again. The Trumpish idea that there was a golden industrial age to which we can return if we kill China and ban immigration ignores some fairly significant factors so presumably is not a working theory of anyone enlightened enough to be reading this site.

It's killed bob a job for the Scouts.

BE - I am intrigued are you subscribing to NAIRU?
Being well informed you will know there is a whole body of questions over it's relational existence and a simplistic inetrpretation of the Phillips Curve.
https://ftalphaville.ft.com/2017/01/19/2182705/debunking-the-nairu-myth/

Of course in both cases we are in the realms of widely accepted ideas vs what is true - as ever we must always doubt.

The other thing is that I understand
big automatic washers pay business rates and business water rates and are regulated etc etc
Whereas with 4 romaninans with a bucket / sponge, you have none of these regs.

The other thing is that those erm 'concerned' with job emigration miss some of hte consequences (not BE/WG)
The UK used to make clothes.
They can be made cheaper in Pakistan.
Putting enormous duties on clothes may bring those jobs back to the UK
The prices of those clothes will reflect UK wages.
People will not be able to shop at primark as an alternative to washing clothes.

Short of going full 'good life' (or north Korea) you cannot avoid interacting with the outside world.

Inevitably in a world where you can trade goods cheaply, living standards will slowly converge.