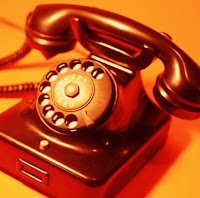 BLT under CU's Iphone post, one of our anon's asked yesterday:  anyone know what kit the average Russian oligarch or Kremlin apparatchik has on their desks?

It's been quite a few years, but - History Corner here - when I was in Moscow I had a lot of Gazprom contacts.  Their offices were all identical, clearly kitted out on a hierarchical basis, and the senior ones all had the following inventory:
The whole package was quite clearly What They Thought Every Modern [western] Biznizman Has. 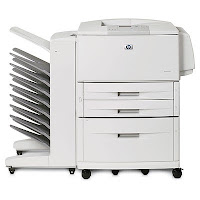 The red telephone was good for a smile: but it was the big Xerox that made me laugh.  Did they really think any westerner would be seen dead with the admin assistant's drudgery-box in his smart office?  Even David Brent left the photocopier in the hallway.

There was another amusing office phenomenon.  Gazprom was always in dread of being split up into multiple companies.   This made a lot of sense: the West is always railing at how big and awful a monopoly it is; and it is indeed so vast, there are loads of potentially modular (and quite marketable) companies you could break it down into, just as British Gas was de-merged into Transco / BG plc / Centrica etc etc.

Gazprom's Cunning Plan for forestalling this was an organisation chart so complex, with lateral two-headed arrows and dotted-line reporting relationships all over the place, that no-one could point to a stand-alone chunk on the chart and say, well for starters you can obviously break out that division and sell it.

However, I needed to understand how the empire really worked.  So I obtained an internal phone directory**, and guess what?  The extension numbers were organised in a perfectly logical, regular, hierarchical structure, from which the true set-up was readily inferred.  Easy when you know how.

ND
_________________
** my Russian staff were really good at getting stuff like that.  Someow, they also got me an office pass for Gazprom HQ ... useful for engineering meetings etc but from their point of view it was so I could go into the Gazprom food hall and buy fresh rolls.  The Moscow city bakery only baked twice a week, but Big G baked daily!

HP 11 Laserjet I had and most around me.

A telephone direct to The Wife.

A good sense of priorities, I'd say.

I loathed having only one PA between seven of us.
They were all got rid of during a 'hot desk-open plan-re-space-facilitation reorganisation.

This was back in the day when searching something online was slower than going to the library.

BQ, I currently work for a large US bank and spend probably 15% of my working day trying to arrange meetings, and re-arranging previously-arranged meetings. As soon as you need more than a handful of people in a room or on the phone, you're into trying to bounce everyone into a 7pm slot or asking them to re-arrange clashes. Doesn't help that everyone has hours of junk meetings per week with no agenda and no decisions being taken.

But hey, they're 'saving money' because they don't have to pay those PAs or give them a desk.

Next week, I move to a large Swiss bank. If they live up to their reputation for efficiency, I think I'll be emptying my own bin and cleaning the toilets.

Sounds ghastly. When I worked for a notoriously *dynamic* energy co, the ratio of assistants to dealmakers was incredibly high. Woe betide you if you were caught spending your own valuable time doing anything a competent 25-year old assistant could do for you (no sniggering on the back, Kev). When, subsequently, I set up my own firm we took the same approach. Admittedly this was before the www would let you book a flight in approx 10 seconds ...

"BLT under CU's Iphone": you store your sandwiches under the phone? Won't they be a bit dried out by Monday?

Sigh. Typists, telephone operators, admin assistants, filing clerks and the ladies who brought the tea around at 10 am and 3pm each day, all consigned to the dustbin of history. And before the magic of photocopiers we had Roneo machines and stencils cut in the typewriter.

No, I don't regret their passing. I was junior enough in those days to get only the last of five carbons of each typed note or memo, often quite illegible.

And I can't quite remember when A4 paper took over from decent Foolscap...

I'll get my dressing gown.

The two divisional sectretaries at CP4 could end a probationer's career if they disliked him.

An old hand at a recruitment agency I worked for told me to buy the office managers of each of the local branches flowers. Each week.
He said "That way, you get all the good appointments."

"They don't get me any good appointments."

In fact I knew several probationary constables who would have made fine police officers lose their jobs because files ran over time - partly because letters were held up in a pile on the typists' desk. I once caught a DC putting his papers in the middle of the pile. Up to Ch Insp had to share the same typing pool.

The most powerful people in the station (the typists, not the Ch Inspector.)

I can type faster than my secretary so anything important I do myself.

My colleagues use dictaphones, but I find speaking is at least as twice as slow as typing if you are thinking up what you want to say on the fly.

We were not allowed to type. Word processors were expensive and limited in those days and we were meant to be out patrolling.

I'm up to secretarial speed now - Mavis Beacon was my tutor. I took the course up out of the bitter CP4 experience hoping for it never to be repeated. Queue jumping nearly caused fights, I tell you. That and the shortage of landline telephones - two for a whole division to make enquiries on.