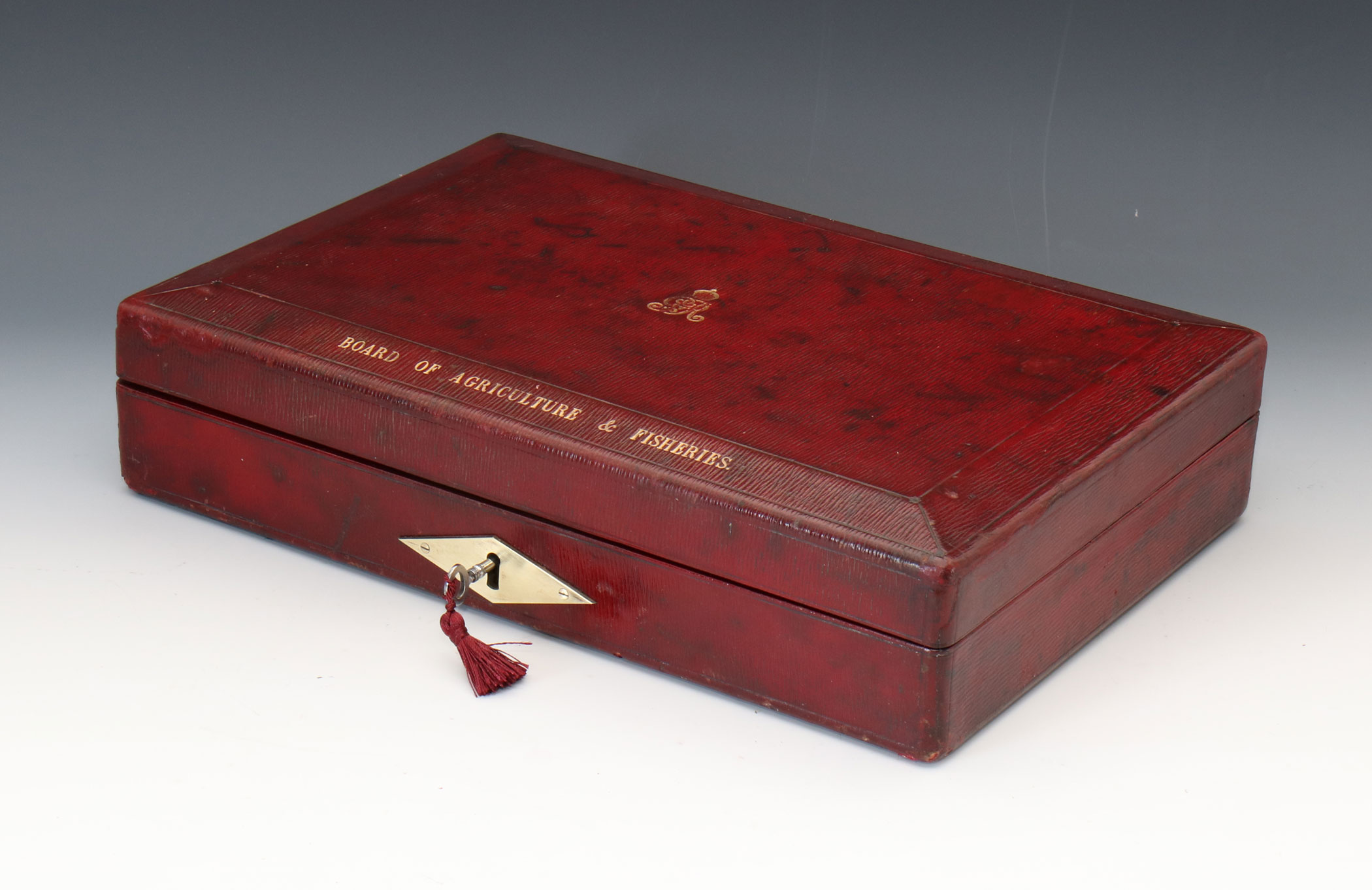 The Brown and Blair 'Pact of Spiel' led to an unusual event. British Chancellors became permanent. For the entire length of the Premiership.

Brown had so much power, and knew of so many buried bodies, he ran the UK economy, solely to suit himself. Without bothering to inform the Prime Minister about what he was up to.

In turn, his own Chancellor, Darling, refused to do what he was told. And due to Brown's ever decaying power, he quickly became immovable.

Cameron's chum Osborne also had a very large hand in running the economy. Though that was due more to Cameron's indifference to what his financial wizard was up to. Osborne served the full term.

Hammond was May's 'safe pair of hands.' As all the others before him had been.
And he too, quickly decided to do his own thing. He refused to allow Brexit without a customs union or a hugely long , never ending transition. And May's power and authority disappeared even faster than Brown's had. Hammond will outlast May.

Assuming the lead candidate succeeds in his leadership bid. And assuming the Remain Tories don't fulfil their promise to immediately bring down their own government, Johnson will need a Chancellor.

Who could that be?

The steady, grey, dull, semi-competent, serious, and intelligent Hunt could have been first choice.
If there hadn't already been an Eeyore in charge for the last three years.

Gove should have been an outside chance. A fickle Releaver. One who can pretend to be either for or against Brexit, with some conviction. But whoever gave Little Finger money and power, and survived to regret it?

What about Fox? International trade is a bit like national finance, isn't it? But, of course, everything that goes for the untrustworthy Gove, goes double for the Fox.

Liz Truss is already in the Treasury. A woman chancellor would be excellent politics. Partly neutralising the misogynist Johnson labels.  If only she hadn't been a staunch Remainer in 2016.

Another alternative to make the media yap a way on nothing at all, would be to appoint an ethnic chancellor. Javid? Another Releaver. Johnson might be tempted to just leave him where he is. After all, there is always some disaster at the Home Office about to splash onto the papers. Handy to have an ex-rival in place ready to take the fall.

Or Kwarteng. Kwarsi was a leaver. Has very dry, Tory values. Ticks the minority box, even better than Javid does. Though he has been Secretary to Hammond. So might be sympathetic to the doomsayers at the Treasury.Though on the plus side, he is a Minister in the Brexit department.
He does seem to be the one..Oh wait? Didn't he constantly say to sign the May agreement of the Damned? Blast him!

The media will be being fed the Eu's choice, for Florence of Arabia. Rory the unTory as Chancellor. I suspect even Grayling has more chance of getting the post than him.


Or someone else entirely?

As we have seen, the Treasury is usually used for the most loyal, or most treacherous ally. To appease a big beast, so they support the PM through shared vision, or are sufficiently mollified to push that beast's own followers into line, so securing the government's stability and ending the civil war.

Who would you choose?

This post is riddled with so many errors, why should anyone bother to dignify it with a response?

Quango is the worst of the writers here, Being back Nick Drew or CityUnslicker!

Elevate Farage to the Lords and make him Chancellor.

Do the job himself. Be Chancellor and Prime Minister. Centralise the power.

I am sure an imaginative person with a bit of get up and go and the right attitude will not just find 350m pw but something closer to 500m pw
and so in a stroke, close the national deficit.

anon(1) - pissoff with a full refund!

I see the left’s Trolls can’t even be arsed to make a decent argument and are now in full retard mode. Obviously annoying hasn’t been on the beebs payroll long enough to have read some of Bills historical masterpieces.
I’m not sure Bojo will make it to leader as the remainners are suspending membership of the Tory party members with Brexit tendencies, until a full enquiry has been carried out about who voted for what at the EU elections.

Why not John Redwood?

He has the right ideas on tax.

I can see the next 6 months being a complete shitshow.

If we thought things were bad with British politics based on the first 6 months of this year, I don't think we've seen anything yet.

The only thing to do is to grab the popcorn and enjoy the show, it's going to be a wild ride into the wilderness.

Aaah. I see corrections have been made. Nice to see that you’re responsive to negative feedback if a little surly in the comments afterwards. _Anon (1)

Redwood could be a consideration. But is he a Johnson man? Not for Chancellor, I doubt.

Note* David Davis wasn't mentioned. Yet a few months ago he was seen as a possible interim PM, when May was thrown overboard. Her insane pact with Corbyn meant he was never called.

The Times mooted Gavin Williamson, who is key to Johnson's election bid now.

Or, Kit Malthouse of the 'Malthouse compromise?'
He was a deputy mayor with Johnson when they bossed London.
Big step up to Chancellor. The *** is going fanwards no matter what happens. A really solid, dependable, and unflappable person is needed.

Cleverly serves whoever's in power or close to being in power quite loyally until they're no longer in power, so why not Chief Whip?

Steve Baker for Chancellor would be good.

And I like Penny Mordaunt - socially liberal. As a Libertarian I'm far happier with folk who are cool about other people's sexuality than the foamy mouth frothers (sorry, DUP, you're dinosaurs)

As important as Chancellor is preventing Hammond putting a manchurian candidate into the Bank to replace Carney - the appointment process is already underway. My candidate is Raghuram Rajan (google him).

Boris needs to find something for Florence of Belgravia or he'll just keep on walking. I was going to suggest Scotland, but with that surname prolly not a good idea. So a new post as Sexual Rights Minister or something where he can do loads of virtue signalling but have very little power.

John Redwood would be my choice.

Although I suspect that those of us suggesting Redwood are showing our age - younger voters have probably never heard of him.

I am not sure about Redwood - I don't like his views about Stamp duty on second homes - BTL is a long term threat to the UK and the Tories by reducing the number of home owners. It could give us Corbyn

Forgive me for a seond bite but this really is on topic - recent piece by Rajan on why Populism keeps Capitalism healthy:-

" .... More generally, the more that government-defined intellectual-property rights, regulations, and tariffs – rather than productivity – bolster a corporation’s profits, the more dependent it becomes on government benevolence. The only guarantee of corporate efficiency and independence tomorrow is competition today.

The pressure on the government to keep capitalism competitive, and impede its natural drift toward domination by a dependent few, typically comes from ordinary people, organizing democratically in their communities. Not possessing the influence of the elite, they often want more competition and open access. In the US, the late-nineteenth-century Populist movement and the early-twentieth-century Progressive movement were reactions to monopolization in critical industries such as railroads and banking. These grassroots mobilizations led to regulations like the 1890 Sherman Antitrust Act, the 1933 Glass-Steagall Act (albeit less directly), and measures to improve access to education, health, credit, and business opportunities. By supporting competition, these movements not only kept capitalism vibrant, but also averted the risk of corporatist authoritarianism.

Today, as the best jobs drift to superstar firms that recruit primarily from a few prestigious universities, as small and medium-size companies find the path to growth strewn with impediments laid by dominant firms, and as economic activity abandons small towns and semi-rural communities for megacities, populism is emerging again. Politicians are scrambling to respond, but there is no guarantee that their proposals will move us in the right direction. As the 1930s made clear, there can be much darker alternatives to the status quo. If voters in decaying French villages and small-town America succumb to despair and lose hope in the market economy, they will be vulnerable to the siren song of ethnic nationalism or full-bore socialism, either of which would destroy the delicate balance between markets and the state. That will put an end to both prosperity and democracy."

Now, a Chancellor who understands THAT is what we so desperately need.

I.D.S anyone?
The quiet man? Painted as a demon,but is actually socially liberal.

He said he would publish the pension debts. He didn't.

Until the state publishes the 10 trillion pound pension debts and the others, then they are deluded.

Ask most MPs for how much debt and they will tell you about the borrowing.

Ask them if that includes pensions and you get two responses.

Those that say yes are clearly idiots.

Those that refuse to answer are clearly fraudsters.

Symptoms you have right.

Consequences you have right.

The government needs to have capitalism because it needs to tax.

It needs to tax to pay its debts.

In the UK 220 bn a year goes on the debts. It's pensions and the pension ponzi that is the cause and the root problem

Steve Baker. Sound as a pound.

Baker, just like Redwood will not answer direct questions on the pensions debts.

That in his case he knows the debt exists, won't acknowledge it shows what he intends to do.

Don't worry Steve, if you read this. Gmail is marvelous at keep records for a long time

The government doesn't have any pension debts. What it has are a bunch of promises that it could break if it chose to. That this would not be palatable is irrelevant.

Much more likely is that they continue to push the pension age to around the point where most people drop dead anyway (85 ought to do the trick).

So what do you want Redwood/Baker to say exactly?

Exactly, Matt.
Pensions are an obligation. But many countries have never paid them.
And if it came to it, the UK would do the same.

Anon
If it comes to the uk govt reneging on pension obligations,
Basically they could not do that under eu law (!)
And short of bankruptcy of the state, not under uk law.
There were some ideas floated that got enough traction to form a few articles in the ft in about 2005 but most of the push was from people who were a bit "david davies".
So if the govt can renege on its promises, you will have bigger problems to face.

Andrew
The point is, if the UK is at the point of being unable to fund its one year pension payment provision, which is all it has to be able to do. Though either income or borrowing, then the country is completely finished anyway. And paying or not paying is immaterial as awhole new order will be in being.

UK pensions cost aome £45 bn a year to service. If the economy cannot manage to find £45bn, then there is no economy. And so paying or not paying won't really matter.

Lord Blagger imagines the UK pension will all become due, like a loan. All on the same day, requiring payment in full.

It's an absurd thing to be worried about.
Akin to a mortgage payer worrying into the night that their mortgage company will turn up and ask back the lifetime borrowing they just took out.
It could happen. But it isn't very likely. And if it does happen, things are already terminal and other, even worse, events will be occuring.