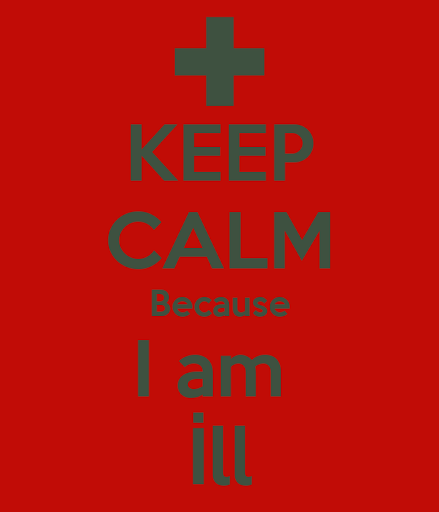 I had to have a test for Covid. The testing centre location is a piece of junk. It uses direct line distance. Instead of road. So it thought my nearest station was 35 miles away. Was in fact 150 miles and would Not permit any changes.

I since discovered from others that if I used a fake postcode of a different nearby town, it would have given me a location 100 miles closer.

Only NHS/HMG could use an app distance that believes we all travel by helicopter.

God help you if you are on any kind of major estuary or river, channel area.

Poke around on the NHS website, and you will find that they state that they are still seeking a vaccine for SARS. SARS of course was in 2003. And unless again you poke around, you will not know that COVID-19 is a SARS variant. Indeed the scientific names for these nasty little critters are

Given that the creators of any vaccine will have immunity against any nasty side effects, I will not have any such vaccine. At 69 IO have never had real 'flu, don't get colds, have never had a 'flu jab, and load up on the simple things that help us fight off such as colds and coronavirus, i.e. Vits C & D (healthy diet and a lot of time outside) and Zinc (why do not the NHS tell us about these?), I have no worries about COVID. So will not accept any medical experimentation on me!

I looked at the first online "book a test" setup. Offered me four places. Only one actually popped up when I clicked on it, that was Taunton - an hour plus away over the county - and no slots for any days other than "today". So sod that. Govt really needs to contract out all its IT. Nobody with any skills in that sector (Mine for most of my working life) would work in the public sector.

Happy to have a test if they make it easy. Not sure of theIr utility tho' - we have two aged friends, one in her mid seventies another 94, bless her, and still working her allotment and driving (Kiwi. Hardy), both of whom were stricken with COVID symptoms, went to bed for 4 or 5 days felling horrible, recovered, only for the tests to say - negative.

Hey ho. Regardless, Boris has screwed this up horribly.

Taunton would have been great.
25 mins away.

Instead, they offered Cardiff. Followed by sites further into north wales. . With the crash on the M5 it took seven hours to have the test.
Someone in the wife’s work had to have one the next day. She put in her postcode which is just 5 miles from ours. Was offered Dorchester. Which is still a lot closer than Cardiff.

I don't see the point in testing. If you feel unwell go to bed and rest with paracetemol and fluids. Driving for miles will just make you worse. If you take a turn for the worse call for an ambulance and when you get taken to hospital let them do any testing required.

Testing doesn't benefit the individual taken ill at all unless you get to the stage where medical intervention is necessary.

If they want to see how the virus is spreading then I suppose a test is one way to do it but only if the test is easy to do and likely to give an accurate result.

I had a flu jab this morning. I should have enquired about manflu.

P.S. In spite of plenty of effort at "shielding" we now both have colds. What can it mean?

I wonder if transgenders get it that badly once they've transitioned. Seeing as most of them are middle aged when they have the op it would seem grossly unfair just as they're about to hit the menopause.

The point of testing would be to let you leave isolation after being in contact with a known case. But then testing has to be rapid and more reliable and you'd still need to do it several times.

The flu jab gives you an inactive or milder version of the flu - that's how it works.

The point of the testing was that if my son did have the virus, I could not work. If I went to work and infected someone, the whole place would have to be shut down. By staying away, I could have others work, while I stayed away. If I was covid positive, they could continue.

It would be ridiculous to take 14 days off awaiting symptoms. Better to be tested. Find uninflected. And resume working. Which is what happened. The issue is the test has to be done at a centre. Home testing kits are just not available.
Both Mrs Q and I are key workers. Neither get special priority. She is NHS. Even they don’t get any priority. Which is absurd.

I avoid manflu by not travelling from the uks 3rd most busy airport.

But we never hear of people transitioning actually reaching their goal do we? Rather a permanent state of transition. Which I think is not in reality, a transition.

And this non-binary hoo-hah. All that tells me is what you are NOT? Why on earth would I be interested in that - rather, tell me what you ARE eh?

"Govt really needs to contract out all its IT. Nobody with any skills in that sector (Mine for most of my working life) would work in the public sector."

The vast majority of govt work IS done by the private sector, I'm sorry to tell you.

Cap Gemini do HMRC I believe.

After 25 years in the private sector, including some big outsourcers, I can tell you there are plenty of IT disasters there, they just don't get publicised.

I only found out why the other day. I ended up as an IT consultant after 15 years going from junior programmer analyst through roles like change management, database administration, project leader.

There's another route. You go to a good school and university, do the milk round and get taken on by Andersen Consulting/KPMG/whoever. One of my son's mates is an "IT consultant" for such a firm after 2 years in which AFAIK he's not written a line of code except maybe Excel macros.

It's a great life. You do get very good at flowcharts, which generally can be simplified down to "system" --> "happy client" --> "money". And what you don't know you can get from the old breed of consultant and put it in your report unattributed - after all, he's never going to see it at his level!

It's this second breed of "consultant" who persuade health ministers to drop £14 billion on a disastrous failure of an NHS information project which was wholly a product of the private sector.

Elby - Having your willy cut off at least shows some commitment.

To which "I can do better than that. I can show you. I'm in that operating theatre bin over there !"

So, it's specifications, managing the project and stopping shite companies getting new business that's the problem with government IT projects?

Yeah, I know, probably caused by politicians insisting on their "mates" getting business irrespective of how crap they are. Also, civil service not wanting to write anything down that could be used to point the finger of blame in their direction.

Not really anyway to run a country however!

Ok I am better nearly; I never get the Flu jab now, both times i got it I was really ill with flu...odd way for vaccine's to work.