Getting Forensic on Starmer

Well, it's what he supposed to be famous for ...

So last week there was some self-serving Stamer-stuff shared with the Beeb, and our man had his line, and by heck he'd learned it well.

“I could see tonight what people wanted to know was: ‘That sounds good. It sounds like what I want to hear. But can you earn my trust over the next few months and years into the next general election in order to make me vote for you?’ And that is what I will do. I will sweat blood over those months and years to earn that respect.”

.... "trust must be earned. And what I heard tonight was that people weren’t saying, ‘I’ll never trust you.’ What I heard them say is ‘I’ve lost confidence in Labour, but I could, I could have confidence in the future, but it’s up to you to win it.’ And that’s what I’ll do, you know, sweating blood for the next few days, weeks, months, and years in the next general election."

Now whose fingerprints are all over that form of words?  I have a long memory for these things.  Way back in 1997 after the GE, Peter Mandelson craved respectability on the Left beyond the confines of his nasty little den on Millbank, and decided to stand for the Labour Party NEC.  He did the rounds of the studios in his unctuous way, saying (this is from memory**, but fairly verbatim for all that): 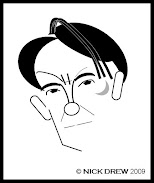 Let's stick our necks out here and suggest that Mr M never heard a single person say that: he made it up.  (Certainly, he got somewhere close to nul points in the NEC election that year.)  I'm not alone in thinking suspicious things like this: the good lefty folks at Novara media have the same view on a 2021 Mandelson "citation", concerning something he was "told on the doorstep" -  while pounding the streets at the recent Hartlepool by-election, no less (yeah, right - mushy peas in hand, shoe-leather almost worn through, dusk falling) that goes as follows:

Yup, pretty implausible again.  And I think we may forensically discern the modus operandi.  You come up with a fairly subtle, oblique line that serves your purpose (Trust is a wonderful motherhood-&-apple-pie thing: nobody can object to me wanting some of that.  I'm going to win back people's trust, starting with this: 'I'm so honest and humble that I admit the Labour Party - that is to say, the previous guy - blew it'.)  Next, you ventriloquise it into the mouth of Someone you conveniently met.  Then you report it as your having rightfully been given your marching orders: you've listened carefully, you humbly realise they're right: and by golly, that's what you're going to do!

In short: this is Mandelson-playbook format, with Mandelson known to be very much on the case right now; you, KS with your carefully learned and self-serving lines, are Peter Mandelson's stooge; and and I claim my Boy Scout Political Forensics badge.

** After drafting this I googled on the offchance of finding something corroborative from 1997.  And lo! - this, from the Graun ...

"people have seen me at the centre of things, doing this, doing that, apparently calling the shots, giving the orders. 'But, accountable to whom?' they ask ... 'Who elected him? Who put him there?' They by and large see me as a force for good in the party and the Government, but they would like to see me be more accountable, and I think they're right".

Apart from Blair, is there any record of anyone to whom Mandelson did not give the creeps?

As for Sir Kneel Starmer: pah! And pshaw!
In WKPD: "specialising in human rights issues" i.e. dedicating himself to the downfall of Western Civilisation.

And he still allows WKPD to describe his factory-owning father as a tool-maker. No doubt he was, in the sense that his factory made tools. Anyway, Dad could apparently afford the fees when young Kneel's school became independent.

Mandelson may see himself as the protagonist of the Stevie Smith poem :

and indeed the weasely Starmer is very likely a disciple.

But the real problem Labour has is the amazingly low intelligence of the members of his front bench. There was a time when some of the leading Labour politicians were substantial figures with real ability. Is there one now who could safely be put in charge of a market stall for half an hour ?

Johnson and his ilk could not be trusted to run a bath never mind a market stall.

And so it is proving, Andrew.

My wife has just come back from a cycle spinning class where half of the adults wore masks into the session and when leaving the session (no stipulation that they had to) but did an hour's high intensity workout in a gym full of sweaty people.

50% of the population have no brain. They have lost all ability to think for themselves.

Boris is pretending to be all things to both and you simply cannot govern like that.

This is why he's the worst Prime Minister in our history and he's gifting our nation to the Marxists who grasp power through chaos.

I really don't want to get forensic on Starmer. 450 boat people landed yesterday. (I ditched the RNLI after 17 years last week)

Let's get forensic on Johnson.

Slightly off topic but isn't it a joy to watch politicians pander to their electorate, which deep down they having nothing for disdain for?

The US politicians are the best at it, my favourite was Hillary going on urban radio saying she carries around hot sauce:

Or AOC suddenly having a Southern accent:

Any good example of similar from UK politicians?

Metropolitan Yvette Cooper had a northern accent for a while.
https://order-order.com/2015/07/16/ey-up-chuck-yvettes-mockney-mystery/

Bill, and let us not forget Young Master Owen Jones, who assumed what he tought was a 'working class' Manchester accent so he wouldn't be sussed as the son of a Salford University lecturer. What a fake.

The old joke "How do you know a politician is lying?" seems a good fit for this post.

"a joy to watch politicians pander to their electorate"

I can't say that I'm really feeling much "joy" about being lied to by people who despise us.

The trouble is that Keir has a record for all to see. And he recently announced his support for Self Id (A method by which any bloke can walk into women's single sex spaces with impunity) so that's a lot of votes lost, not least from our Muslim friends.

Will Mandelson and Blair dig into their pockets to save the Labour Party? I hear they are struggling.

EK - I went into Sainos and Homebase in Frome on Freedom Day.

I appeared to be the ONLY customer in either store who was maskless.

You have to say, the BoJo Gang may be a bunch of utter charlatans and ne'er-do-wells, but they've done a very good job of terrifying the country into abject submission.

Bloke in Callao said...
Bill, and let us not forget Young Master Owen Jones, who assumed what he tought was a 'working class' Manchester accent so he wouldn't be sussed as the son of a Salford University lecturer. What a fake.

Allow me. OJ always portrayed himself as a working class Stockport lad. Brought up close by, I had the immense good luck for 5 years from 1967 to 1972 to have a nailed on holiday job at Frederic Robinson's Brewery in Stockport. Where I mixed with local working class folk, many still in back-to-backs, waiting for their properties to be demolished and them moved into soulless high rise. They were smart, funny and far more literate that their peers today.

We were brought up in Bramhall. Between Bramhall and Stockport is Davenport. Owen Jones was brought up in a very leafy middle class parish in Davenport, with a lovely park for the residents.

I bearded him on Twitter and wrung out of him where he was brought up. He's a total fraud.

P.S. "gifting" is a perfectly good verb, and has the advantage that it is less ambiguous than "giving".

A street, or rather a pair of streets, of back-to-backs is like a tower block lying on its side. The big difference is that the Victorian houses had much less good plumbing and sanitation, and originally no electricity.

Neither have back yards or gardens.

The big difference is loss of community in exchange for improved plumbing....

Fair do's, Don. I'm so used to people misusing the expression that I'd doubted your accuracy. Apols.

"A street, or rather a pair of streets, of back-to-backs is like a tower block lying on its side. The big difference is that the Victorian houses had much less good plumbing and sanitation, and originally no electricity.

Neither have back yards or gardens.

Maybe - but all the workers I knew at Robbies brewery preferred their slummy back to backs to the high rises. Community destroyed, and child minding as a street activity destroyed.

Back-to-backs aren't always obvious, and I think there are a _lot_ of them in Leeds still, I stayed in a non-posh one once. This
http://www.investinleedsproperty.co.uk/back-to-back-houses-in-leeds/
webpage from 2015 says 30,000 properties- I wonder if that confuses occupants for houses though, 30,000 does seem high for one city.
For instance
https://www.google.co.uk/maps/@53.8078812,-1.5851211,19z
is an area of posher back-to-backs with front gardens, handy for central Leeds: not obvious on street view, and Google's housenumbering algorithm looks maybe a little confused by the whole concept :-) . You can confirm by doing a property-for-sale search on the postcode and looking at a house's description.
Relurks briefly...