Vested Interests on The March

The vested interests of the European energy industry are on the march, threatening us all with doom and citing “green-influenced legislation … regulatory uncertainty … (and) plans to auction pollution permits …”

But this is smokescreen: after the farce of the first round of the ETS they know full well why another wave of free CO2 allowances is out of the question. Here’s the real issue:

"Eight countries, led by and , have attacked the central pillar of the commission's liberalisation package. This involves forcing the big continental players to unbundle, or sell their gas and electricity transmission networks/pipelines to independent operators and allow new players to enter a more competitive market … The eight, backed by big groups such as E.ON, France's EDF and GDF, and Italy's Eni, have formed a blocking minority within the council of ministers."

And cheering on from the sidelines: , whose Gazprom “will also strongly resist the initiative”.

For once, the Commission is on the side of the angels, and has finally settled on the most effective way of busting these recalcitrant monopolies.

They and their dirigiste governments need to be faced down. Pure and simple. 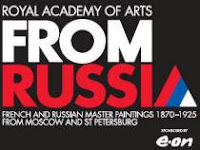 FOOTNOTE: here’s a little irony – a display at the RA of French and Russian ‘masterworks’, sponsored by - the aforementioned E.on ! whose German gas arm Ruhrgas is heavily dependent on Gazprom, and whose CEO Paul Golby says:

"At a time when the energy relationship between Europe and continues to deepen, E.ON is delighted to help foster a similar relationship in the world of art."

There are no coincidences …

National interests will always prevail, particularly on agriculture and energy. Keep your eye on Iran/Russia, by the way. :)

I'm waiting for the land of Enrico Fermi to start a nuclear power programme. Sick and tired of paying the French generators mark-up here.

CU, I thought you might like to know about a new blog being started by the billionaire financier Carl Icahu:

James - perhaps an Iranian art exhibition next, then ?

TT - then you'll love it even more when the Frogs start asking you to pay for decommissioning their nucs !

There do seem to be signs the Italians are softening their hardline anti-nuc stance ...