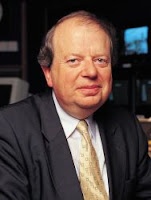 In the commons today David Cameron and Gordon Brown clashed over the latest viewing figures for Strictly Come Dancing.
David Cameron used all six of his questions at PMQ's to challenge the Prime Minister on the top news story of the decade.

He began by pointing out that a paid for state broadcaster, that invites members of the public to participate in voting, had decided to over turn those voters decisions. Mr Brown responded by saying that the voters wishes had been fully respected but in this instance a decision was taken on the grounds of national security.

At this point Mr Cameron became visibly enraged..
The speaker had to call for order several times

Mr Cameron
I tell you what is shameful, and that is trying to shout down someone who is asking reasonable questions about something that has gone wrong. Let us be honest: this is a story about a 64 year old man who had no idea how to dance. It is about a man who could not Tango and who could barely walk in his shoes, and it is about a television department that gets £900 million a year and cannot organise its top rated show properly. That is what this is about.In the case of failing schools, we take them over. In this area in White city, one in four Latin dancing clubs are completely vacant. The BBC does nothing to help struggling local Rumba schools that are failing. I do not expect an answer now, because we never get one, but will the Prime Minister at least consider whether the time has come to take over this failing light entertainment department and put someone in charge who can run it properly?

The Prime Minister: I think that we are both agreed that this is a tragic and serious loss of a man who had captured the nations heart and that lessons can be learned. I think that the right hon. Gentleman would agree that appointing Sir Bruce Forsyth to go around the country and look at what is happening in each area so that we are assured about what is happening is the right thing to do.

The PM then went on to say that Mr Cameron should

"..stop all this defeatist talk and concentrate on the real issues. What plans do the Tories have on John Sergeant quitting Strictly Come Dancing? They have no plans for Hungarian folk dance, no plan for Jive, no plans for Modern Tap.Mr Cameron offers nothing but empty promises of two free Salsa lessons for every family. We have ended B-Bop and Bugg. We have steered the country through the difficult period of Grunge dancing and the equally difficult Alternative rock and Indy band shuffling in the corner into the current mania for Ballroom and we will continue to do so"

Oh, I'd love to hear that last answer actually used on PMQs!

Russell Brand is taking his place

I heard that Bad dancing came from America.

But only Brown can perfectly execute a reverse turn out of the corner he has got himself into, as the evidence of the past 11 years has shown. Perhaps he should be renamed Twinkle Toes.

Patently : Me too!
AntiCitizenOne: Listen to PMQ's and you can clearly hear Mr Brown setting his jaw as he forces himself to endure the jeers as he plows through his "started in.." piece
Victor Sylvestor's wraith said...
I used to work next door to the Joe Loss office. They regularly gave out his and your tapes!