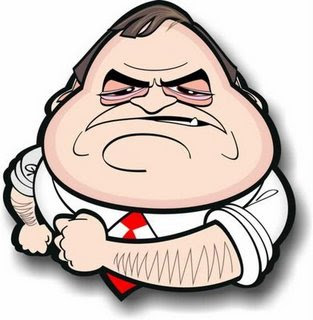 Some more reasons to be thankful..

12. 32,000 more doctors
{ £1bn was being spent by the NHS on management consultants each year "without any clear benefit".Nowt }

13. Brought back matrons to hospital wards

{ I make the first announcement of this 1 April 2001 and the first matron to appear on a ward in Scotland October 2008. Partial credit.}

14. Devolved power to the Scottish Parliament

{? but the English have no assembly of their own.Damaged relations with Scotland. Even Tony had second thoughts.What good is it anyway? Nil}

16. Dads now get paternity leave of 2 weeks for the first time

{OK. Its not as if you have to pay for it though. Employers cost and admin cost.The first Paternity scheme was really rubbish too. Partial credit.}

{ But closed surgeries and GP's on reduced hours on more pay for one of the biggest contract bungles ever negotiated in the history of the NHS. Instead of a doctor, go on-line, or phone a friend. Not worth it, not good enough. Nil}

18. Gift aid was worth £625 million to charities last year

{ And a lovely bit of pointless paper pushing it has been too. Could you not find a simpler way?1/2 point}

20. Record number of students in higher education { Edukashen surely? Not too many engineers or chemists or even language students in there though. A bit of a numbers game. A good attempt that is going to take 20 years more to produce anything close to your intentions. Nope} + on general education a report today says

Any good ones yet folks?

Call me a cynic, but I'm not sure anyone ever got value for money from management consultants. I've employed them twice & been underwhelmed on both occasions. Different organisations each time, natch. I'm not that thick. It was being like seeing a clairvoyant. Questions to find out what you think followed by a dense report full of jargon which basically agrees with you.

On the plus side you can sack loads of people & blame the consultants for it. Excellent for those managers lacking moral courage.

Reminds me of the old definition:
A consultant is someone who borrows your watch and then proceeds to tell you the time!

Didn't he screw his secretary, grope numerous others, and then play crochet?

Oh, and brawl with an egg-thrower?

And give the press 2 fingers?

Yet still retains his "blokeish"charm..

For my money Prescott's blogs are written by a "ghost", probably some poor intern on a paltry or zero salary. As for Education, in 2007 the LSE sent 30% of its leavers into jobs in the finance sector. Very few will find a job this year and will join all those from previous years now laid off. The last time that many LSE students were on the streets was in 1956, the Suez Riots.

Thanks Anons..
Eager Beaver.. 1956, another very good year.. well good for Nasser, less good for UK PLC.
A Ghost really? I don't think Mr Prescott has an awful lot on. Certainly not doing many book signings.

From the Travelodge's BOOKS MOST OFTEN LEFT BEHIND

I deal with a lot of young people who could be counted in the above. Lots of young people with degrees in media, film, drama, fine art, sociology, etc. Pointless and a waste of time and money.