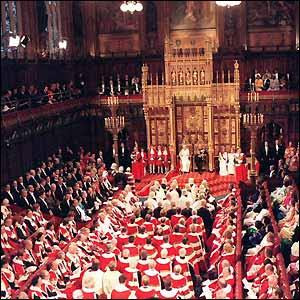 That is the essence of the Bill being fanfared around by Peter Mandelson this morning. No not the ludicrous, gimmicky bankers bonus' bill (where is theMP's expenses bill?).

No this is the financial commitment to halve the UK annual deficit in 4 years. It is important to understand what this means. This is not reducing the Country's overdraft, this is reducing the rate at which the overdraft is increasing.
Currently it is at a catastrophic 12% per annum. Gordon Brown and the EU used to say 3% per annum was too much. Now we have twelve. If in 4 years we can get this down to 6% then apparently this is some kind of triumph.

In fact it is a total fiscal disaster, where will will have DOUBLED the real national debt and as such will be paying DOUBLE the amount of interest, in fact with interest rates set to increase this could TRIPLE or QUADRUPLE. This amount of interest is currently equal to the defence budget, quadruple it and it is the NHS budget. So we will need massive tax rises and cuts come what may.
The Government will be out today saying how committed they are to debt reduction. They do not mean anything of the sort and it is an outright, plain and simple lie.
Posted by CityUnslicker

I know this is crowing but these are the exact words I wrote to a friend, roughly 18 months ago, who was worried about her personal bank account.

"Should you be worried? No. Yes. It’s complicated.

But I do not think the government can afford another bank failure like Northern Rock. It is true that the financial world is in trouble – and there are more failures to come.

But ordinary savers should be alright. Even if the government has to print money and nationalise banks, and it will. I think the economic situation is much more dire than the government is acknowledging. There will be job losses, including government jobs."

Unfortunately I got the government job losses wrong. As you imply Labour still won't acknowledge how awful the government finances are. And every month that goes by the situation gets worse. If an amateur like me can see it more than a year ago why can't Brown? I despair.

I keep wondering whether shares will tank because the fiscal position is so bad, or whether they are a safe haven in the coming storm.

How is the half measured?

Percentage or flat rate, and reducing by or reducing to. Add in inflation and there's oh so many options to wriggle out of this one.

And if it does become law, won't the annual budget override it when that is passed? Two laws, both saying different things, both with equal weight. The mind boggles at the stupidity of this.

You assume Brown et al can't see what's going on.
What if they know full well what they are doing - creating the socialist state that Mandelson's grandfather failed to create after the War - then they are well on course to achieving it.
Don't assume they have your (or my) interests at heart.

Budgie re shares. Still very likely is a strong bear market rally. Will the FTSe end up 2010-2011 - doubtful from here.

QE has royally messed up the market and so continuing with that supports shares. In the BOE minutes today it was 7 in favour of more QE - so i don't think they are going to stop it yet.

When they do it will be like removing life support in terms of its affects on the market - particularly gilts, shares and assets. The haven will be commods as they are in dollars, cash (the £ may well rise) and foreign bonds. I am trying to find places for all these in a shadow portfolio in case I need to dump equities asap.

I'd like to imagine the true feelings of Her Majesty at spouting this rubbish.

She could do it in song.

As someone who has been going on about fiscal things, it is one huge mess, and perhaps even now at the point where it cannot be resolved without some major disasters.

If you had a lump sum you wanted a retirement income from would you buy an index-linked annuity or good quality dividend paying stocks?

Stocks aren't as cheap as March -

- but they probably never will be again in your lifetime either.

It's a wonder her cheeks didn't go bright scarlet.