What Chilcot Tells Us About the Banking Crisis 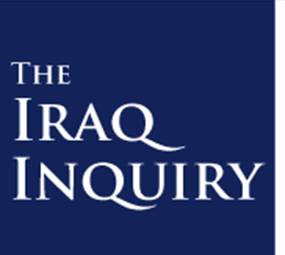 Ringing bell-like through yesterday's evidence to Chilcot were the distinct echoes of what was happening in every bank's risk committee throughout the years of demented risk-taking excess.

"I am not used to receiving dogmatic legal advice" - Straw's rebuke to Sir Michael Wood is the authentic voice of Fred Goodwin and every other board- room bully, when faced with inconvenient advice from lawyers, accountants, tax advisers or risk-managers. "Why has this been put in writing ?" "Don't advise them that the legal issues are finely balanced" - the injunctions of executives prior to the non-execs being briefed.

And in banking there are rarely issues of war and peace, life and death at stake. How much more readily, then, will the professional advisers back down, slink away, and redraft their advice to be more helpful to their masters ?

This is the spirit of the age, of Fred Goodwin and Alastair Campbell, Jack Straw, Tony Blair and Gordon Brown. There's no mystery over how the Goldsmiths of the world come to change their opinions, or how the disasters keep rolling in.

yep. Amen to all that. Everything is run by decrepit swindling old crooks..

As a decrepit old crook I resent that! Straw (in 2003), Campbell and Goodwin were fairly young to be taking on that responsibility.

The problem is in their arrogance and hollowness. These faults can be detected in youth too.

I wonder if it is the zeitgeist? The story of the Emperor's new clothes suggests that courtiers have always made poor advisers.

Yes Semper! These horrible young folk, taking over OUR town centres, engaging in promiscuous behaviour and enjoying themselves - how dare they - bah!

But there are lives at stake. When a major property company securitised its income stream from leasholders in retirement developments one of the base figures relating to income was the mortality rate from which a levy arose. When these targets were not met then the Security and Support service, owned by the property company began to refuse admission to developments to paramedics, ambulances, and police. When other residents let them in they were threatened with legal action. This is Brown's Britain and Mandelson's delight in the comnpany of the filthy rich.

CU will tell you all about the zeitgeist, Semper ...

Happy New Year, Mutt ! and you too Steven or perhaps bah-humbug ?

I like your 'Gilbert and Sullivan' but are you now going to amend it to reflect the 'pax americana' which now appears to be the only power in both their land and ours ???

Who gives a shit about Crystal Palace? There are too many professional football clubs spending too much money that they haven't got to try to attract a viewing public that isn't there. They can all go to the wall. They stopped being "clubs" 50 years ago. They are businesses - unattractive businesses at that. (You may guess that I am a rugby man myself. It is high time these oiks were put in their place.)

As to the point of the post itself... moral courage has always been rare in business, since the consequences for exhibiting it are rarely pleasant. Why point out the emperor wears no clothes, when passive acquiesence brings wealth & approval from peers & bosses?

rugby man - me too, SW but we must be broadminded

moral courage - yes, rare indeed, maybe we will have a beer together one day

but as Demetrius says above, there is sometimes more at stake ...