Some Perspective on 'Breach of International Law' 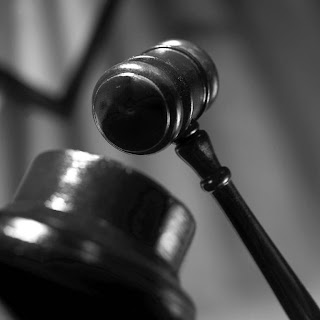 As a rule I make a point of disagreeing with Dave Aaronovitch (dates back to when I knew him) but I’ll make an exception for his contribution on Newsnight yesterday - commences around 32:30 in. No-one raises the issue of whether Blair's actions in Kosovo were legal, do they ? he asked.

And of course they don't. All the hair-splitting about the precise ‘international legality’ or otherwise of the Iraq war is not really the point. It’s that on Iraq, Blair's judgment was faulty.

I’ve little time for ‘international law’. The strong ignore it freely along the traditional lines: “Treason doth never prosper” etc etc. Then they use it to prosecute the weak.

So what about international trade, of which I’m a big fan ? Easy. Bilateral agreements are struck, based either on trust where there’s a workable tradition to call in aid, or with the parties agreeing which legal system and commercial jurisdiction the contract will be subject too.

In the energy industry, in my experience this means: England; the legendary Harris County, Texas; New York; Australia; maybe Netherlands if you’ve a strange objection to common law (though why any businessman would, I can’t quite fathom); with Stockholm bringing up the rear for parties (= Russians) whose pride doesn’t let them near the wicked Anglo-Saxon courts. Wouldn’t touch German courts with a Rheinland bargepole - or French.

How's it done in your industry ? Anyone got any other favourite venues for a bit of commercial-legal argy-bargy ?

Friday Update: Aaronovitch is on the Daily Politics spouting his usual nonsense so I can go back to diskarding him uterly.

"The strong ignore it freely ... Then they use it to prosecute the weak."

Sounds like EU fair trading law, which is now so ludicrous and utopian they might as well have just said sales and marketing is illegal.

Given the choice, at this time of year, I'd do all my regulatory argy-bargy in Spain.

The point is that Blair circumvented normal Parliamentary processes, mislead Parliament (when he did bother to speak to it) and deliberately denied our troops funds as he knew he was guilty of doing so.

We are all paying top whack at the pumps and the French garner more respect from Obama than we do. Where did all this get us ?

I don't recognise your comment about Russians. I practised law there until recently and in my experience they favour English Law and London arbitration (not the courts, simply because Russian courts don't enforce foreign judgements).

"No-one raises the issue of whether Blair's actions in Kosovo were legal, do they ?"

They certainly did and still do, although I take your point that it doesn't do much good! Kosovo was even more spun by the government than Iraq was. The difference was that in Kosovo, the outcome was easier to present as a "victory" and the press in the end bought into that.

In my business I can tell you - from bitter experience - that US courts simply do not give foreign companies a fair go. Not because their system is inherently wrong, but narrow patriotism always favours the locals. We lost a patent case which should have been ours. The opposing lawyer said to me afterwards, as I was ruefully staring at the carpet, "if your R&D guy didn't have a British accent you would have won there".

Perhaps it is to do with being the baddies in the movies.

Tom Paine - interesting comment, and Indians seem to find London very acceptable for arbitration too (I certainly didn't mean all Russians but I've met some for whom Sweden is the preferred compromise)

Kev, sure, as you and I both agree, Blair is certainly headed straight to Hell but not for legalistic reasons in my book

Anon - yes that was very much Aaronovitch's point

Steven - ever the cheery pragmatist!

Although I have no time for Bliar, Gordoom or Liebore, considering what they have done to the UK in war and peace, I have never been convinced by the 'Iraq war was illegal' chant.

There is no world government (thank God) so 'international law' is essentially a joke, observed only by some nations some of the time. I agree with El Kevo.

Amiable dispatch and this mail helped me alot in my college assignement. Gratefulness you as your information.

Easily I assent to but I contemplate the collection should secure more info then it has.