Are you Pompey the great or Pompeii the burried? 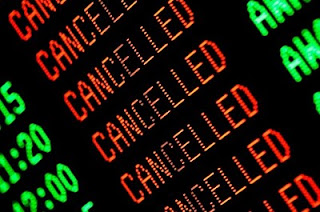 As work at BQ industries dried up dramatically last week BQ set the team a task. If you were Prime Minister, what strategy would you have adopted to deal with the volcano crisis of last week?

The idea was to find the best way of getting your voters home, while also achieving maximum favourable press coverage.

Answers ranged from - "They knew what they were getting into when they bought a ticket.I say Let 'em swim!" {show the taxpayers how tough you are on conserving their money} to
sending the Royal Navy to Spanish ports with inappropriate vessels. That last one seemed familiar.

That's you're weekend task.
The entire resources of the UK and European civil service, police, public sector, Foreign office, MEPs and all of the UK's military and financial muscle are at your disposal. The party machine, with the best spin doctors in the business, awaits your strategy to frame it into a caring,decisive and heroic narrative. The election is on and the debt could hardly be hurt by adding a few extra billion, so money is no problem.

There are valuable voters stranded on the beaches. Maybe enough to tip the balance. It really could be political life and death..

*Pompey the Great was the man who had planned for and believed he was destined to rule Rome. He was most annoyed when a more PR savvy pretender called Julius Caesar came and took it from his grasp. History does not record what became of the third party.

Update:
Some good entries. Some even came close. The little ships. The Berlin airlift style transport stream would generate terrific photos. But the press were stranded too. So UK focus first. The winner came from BQ Industries.

Authorise a seven day European travel voucher, downloadable from YouGov website and valid for air, bus,coach, rail travel anywhere in Europe. Redeemable from HMG.
Use twitter messages and use Facebook and Government websites telling people to travel to certain destinations in Europe.
In the UK, under the glare of the cameras, organise buses and coaches from the private coach firms, from london transport, from the military and minibuses from the voluntary sector and from schools and private firms and city councils.

Have them meet up at certain ports, met by the PM, where military and civil personnel, firefighters, ambulance crews etc double crew the buses so they can travel day and night. On board are the salvation army and the W.I. and so on, making sandwiches and taking bottled water. This vast fleet is despatched to the pick up cities and returns through the tunnel, by ferry etc having collected the passengers.
They are again met at the ports by the PM and taken to marquees where Tesco/Asda/Sainsburys have laid on vast supplies of food, some clothing, blankets and tea and coffee etc , served up by the scouts, guides, Royal catering corps, charities, Weatherspoons, Jamie Oliver and so on.. Plenty of Union flags on display, plenty of people praising the PM as he says 'it was the right thing to do..'

Then the passengers are reorganised onto same coaches to take them, if they wish, to the regional airports to collect their vehicles. Each airport would have footage of these 'local' people returning home from their ordeal.

PM makes speech from Dover praising the services and the charities and the private sector all working together. Asks if the Tories idea of a a broken Britain isn't rather overblown? Is it necessary to talk down the teachers and council workers who gave their time to rescue others? Makes his odd smile, waves and walks away, thanking the people clearing up the mess, as the cameras pull back to reveal the white cliffs....

Quite simply, used all propeller driven aircraft at the raf disposal, maybe charter a few more from private companies, assign a leader from the air force to co-ordinate and fly our people home. Then have the treasury vigorously pursue the insurance companies of travellers to pay up to recover costs. As an atheist this act of godd excuse is beginning to wear a bit thin.

Cruise ship commandeered? Or fly to Trondheim, as the French Handball team in Iceland did, then they motored down.

I stayed in bed a bit longer.

Many of the later civil prop aircraft are gas turbine (ie jet) engined with a reduction box and prop hung on the front. So just as susceptible to volcanic ash as any other jet engine.

I am unconvinced that piston engined planes are not affected at all - presumably it depends on the internal operating temperature and time at that temperature as well as air consumption.

come on guys, eye on the ball & think laterally

announce that, with much regret, *takes out onion*, the election must be postponed sine die until every last citizen is accounted for, and that in the meantime a junta of national reconciliation (G.Brown + E.Balls) will exercise absolute power

P.Mandelson (you know it makes sense / we know where you live)

"History does not record what became of the third party".

He was a very rich dude who got his come uppence in an ill fated invasion of Persia, I believe. He was trying to prove he was in the big league like the other two when it came to slaughter and conquest.

My tripartite policy to deal with the Tory volcanic crisis is:

2. British volcanoes for British workers: unlike the do nothing Tory opposition we would ensure that every out of work young person, whatever their gender or sexual orientation, is provided with the opportunity of experiencing their own volcano. Unlike Thatcher.

4. (I can't count either). I have the experience of volcanic boom and bust to lead this country out of the mess left us by Thatcher. It is now time to sell our volcanic ash, kept in the Bank of England, whilst there is plenty to go round, then we can buy some safe Greek euros instead.

signed in Gordoom's absence by Budgie.

1. Get the names, addresses and likely voting intentions of the holidaymakers.
{Obtainable from biometric passport bar codes}

2. Target Labour supporting families with an Email telling them to gather at various points in Europe with large airports.

3. Target Tory/Dems and tell them to gather in Switzerland and Norway.

4. Send out BA and RAF planes to bring them back. {there will be loads, they're all grounded.Just charter them with the assurance that HMG will make good any damage to engines.}

4. Fly very low, below 5,000 feet in a transport stream. Demand EU countries agree to this and give due thanks to the brave and co-operative leaders of our EU brothers and sisters.

5. Point out that sadly, those families in non EU Norway and Switzerland cannot be helped as no agreements can be reached.

6.Greet the safe arrival of passengers by announcing you are writing a book on their airport courage.

7. Hold a service of remembrance for those who were forever lost.

ESCALUS: Troth, and your bum is the greatest thing about you;
so that in the beastliest sense you are Pompey the
Great.

Join Dan Snow in those boats to Dunkirk.

When the French Gendarmes piss about in the port, move to the beaches. Take people off from the beaches, making very sure that I am heavily photographed aiding babies and the elderly to board.

Drown at least one Gendarme who attempts to intefere.

Win re-election by a landslide.

A patriotic appeal to the weekend yachtsmen and women. Sail to Dover.Royal navy escort vessels across in convoy.
At the same time Trident submarines sail to Norway to rescue 40 odd stranded Scandinavia tourists and prove the value of Trident.

Helicopters lift passengers from Caen the 40 miles back across the channel.
Charted cruise ships are sent to Spanish ports to rescue the bulk of citizens.

PM sits in Operation Dynamo HQ. Liaising with the Navy and Airforce
and giving occasional press briefing. "Everything that can possibly be done is being done."

When asked about the election by planted question he retorts.

"This is not about petty political squabbling.This ash, that started in Iceland,the same Iceland that caused the global recession, was not of our making. But I have risen to the challenge.
Its about real boats for real people. This government is literally lifting people out of holiday.
We saved the banks, and now we're saving the country. Its the right thing to do."

Winner on the front.

Anon. If you can prove they are safe, quickly, from test flights, and from the lowest height of the cloud, and fly under it this seems a good idea. Especially getting people quickly from Paris to Heathrow. With the big jets grounded plenty of UK runway space.

James Higham. Ideal. Hire a cruise ship. Must be some that can be sent a few hours out of their way, from Southampton say, to pick up deck passengers.

Budgie. only one way to find out. That's what the test pilots are for!

ND - The runner up. Has the desired outcome, is quick to implement and is incredibly cheap to do too.

Antisthenes of course you are correct. Was trying to avoid a Triumvirate discussion. Save that for when the polls close.

Budgie 2: It does have Gordon's hallmarks. I expect it was only rejected when some spark noticed there was a Navy vessel quite close.

Malcolm Tucker: Another winner. The airstream as in Market-Garden or Berlin Airlift would make such a terrific image.

Sackerson The Bard's Hale and Pace moment. Like calling a character in Bottom Mr Ivor Dickwinkle.

Tim Worstall : Another great contender. Quite easy to do if the RN will manage the shipping lanes.
Escort ships to certain south coast ports. Fair weather. Add in some duty free on the return and its a middle class vote winner.

Anon: A similar theme, but great detail/ Operation Dynamo.. the 70th anniversary just a few weeks away too!
Nick who?