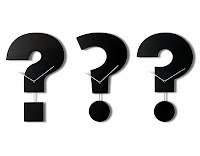 Hard to do as its the election. Will it be all political or will they try and do a normal mixed show?

BQ say..
* With such a poor record on delivery why should anyone trust any of the parties Many-festers ?
* With the polls so close will the leader's debates be the decider?
* Does Brown's admittance of regulation failure mean he doesn't deserve another chance?
* Poland president death.
* Vince and Nick inseparable should one of them wear an 'I'm the leader' badge.
* Wembley stadium. Is this the perfect New Labour metaphor to take over from the Dome?
Impossibly expensive, unnecessary, symbolic, impressive and totally unfit for purpose.

6 guesses. Winning prize is a copy of all the manifestos.
2nd prize. Two copies.

Special update. Guess the leader debates main soundbites and win a trip on a battlebus. Or bottlebus in Gordon's case as he's not on it or pacifist rickshaw if you are a Green.
I have ..

"Where's the beef? And is it free range?"

“I'm here as a clean up man. I'm just a guy showing up after the party with a shovel and a broom. No really, I get paid extra for that.”

“I don't have any experience in running up a £1.5 trillion pound debt. But I'm willing to learn”
Posted by Bill Quango MP

- Leader's Debates.. who will benefit
- Manifestos are unbelievable
- Il -Legal aid for crooked MPs.
- Who would want to run their own school
- Greek bailout is it coming our way?
- Volcanic ash cloud. Which party would promise to legislate against it.

Nuclear proliferation talks in Washington. Why wasn't the election called earlier so the UK prime minister could go?

No more 'aid' to China or India.

Always wear shoes in public, unless you are at the seaside where sandals are permissible for those with pretty feet.

Tax rebates or vouchers for tax-payers choosing education rather than state-provided schooling for their children.

A constitutional court and a codified constitution would be more use than moaning about non-binding referendums in our dealings with the EU.

Why was Cameron so bad in the leaders debates?

Will the Lib Dems and Labour save us from a Conservative authoritarian dictatorship?

how brilliant are the olympics and how lucky are we to have won them?

Whay is Boris Jonson such an idiot?

Icelandic ash cloud - how does Gordon manage to cope with disaster so well.

As ever, I think the BBC will play it very neutral with the questions given its an election n'all.

Power of the bloggers. On Wednesday 30th I post on "In The Lap Of The Gods" going on about volcanoes in Iceland and politics and within 24 hours Iceland obliges and shuts down UK air space.

1 Why aren't the Tories on 45%
2 How well did Nick Clegg just do for a little one!
3 Should people be made to vote
4 Ed Miliband, will you become leader once Gordon's gone
5 Government told to stop putting asylum seeker children in detention centers yet it still does. Why is that?
6 Will the volcanic ash improve the garden?

6 guns on the panel...and Labour heavy too.

Q1. Who won the debate - Winner Nick Clegg. How Sergeant thought Cameron was worse than Brown is a mystery. But as he said, its a Labour heavy panel.No one bombed, no one really shone.

Q2 will the debate make any difference?
A little bit.. Audience absolubtely filled with activists.

Q3. Tory manifesto policy, changing the role of the state.
Ed Miliband barely said a word. I think the schools opt out is the best thing in the manifesto. The school I went to had an AVERAGE of 8 'o' level passes. The school not half a mile away had an average of one CSE. How could this be? John Sarge thinks it will be all for the best of pushy parents. He is a good reason why Labour doesn't work. Because they can't trust ANYONE. Not the people, or the teachers, or the councils, or the police chiefs or doctors.. no one. They will only work for their own ends and need commissars to enforce ideology.

Q4. Does Brown's admission over financial regs failure mean that he isn't fit for office.
Basically ..yes. That is one reason among many. John Sarge again backing the government stronger than Miliband. He is really working hard to get on that outgoing PMs Lordship list.

BQ - 3
Miss CD - an excellent 4
Malcolm tucker - 2
Hatfield Girl - 1/2 for schools and 1/2 for courts that Farage bought up. Chakri seems to think more state control is better for liberty. Not sure why.
CU - 3 good call on the Cameron one.
Demetrius. Your crystal ball is on. Tell us the election result?
Miss S-J - 2

Well guessed by all..On far too long a night of politics.

Winner is Miss CD who can choose a battlebus based on policies, the company, or the food.