That IMF Bank Tax Proposal : Why So Dumb ? 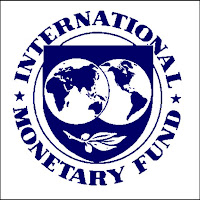 Amidst all the airborne clag and clegg that pervades our lives, the IMF has given the G20 the advice they asked for on new bank levies in the wake of the Crisis, to contribute (at a national level) to the costs of the bail- outs. It hasn't been given much airtime (Brown simply claimed they all agree with him), but it merits a quick look - not difficult, as the main text is less than 18 pages long.

Furthermore, it's mostly qualitative & non-technical, a very easy read, put together by folk who show a lot of basic commonsense and the ability to speak plainly - they slap town the Tobin Tax in no uncertain terms (tough shit, luvvies). There are also the usual handy factual appendices (did you know that the UK's financial sector contributes a lower percentage of total national tax-take than the G20 average ?)

But here's the curiosity. They recommend a 'Financial Stability Contribution' which

"would be paid by all financial institutions, with the levy rate initially flat [on a broad balance-sheet base]"

A flat rate ? Bonkers! Particularly as they then make the obvious point that we are trying to address risk: they say the levy could be

" ... refined over time to reflect institutions' riskiness and contributions to systemic risk"

Their excuse for this dumb flat-rate approach is of course speed of implementation: but they really aren't doing justice to the capabilities of the existing system. Financial institutions are well used to risk metrics: they all calculate some variant of the standard 'Value at Risk' measure, and are accustomed to having margin levied on them by exchanges using SPAN or an equivalent risk-recognizing system.

We can do this stuff already. Aim straight for the target, regulators, and go with a risk-based measure from the start - never mind Taleb and his Black Swan sophistry. It is rather important to get this right first time.

at the risk of sounding daft, how long would this sort of proposal pay back what the govt put into propping up NR, HBOS, and RBS?

I love that they said bog off to the Tobin Tax. It's one of those "it sounds nice" policies that woolly lefties love so much.

BE - yes, plainspeaking is always nice isn't it ?

roym - complicated, since the banks are supposed to pay the support they've had back anyway (remains to be seen)

of course there have been indirect costs ...

as much as anything it's aimed at putting £££ aside against future contingencies - moral hazard, I hear you say ? - yup, & that's why flat-rate is a nonsense

So what's wrong with a global Glass Steagall?

And laws on bankruptcy that are followed?