A Stiff Whisky In The Library ... 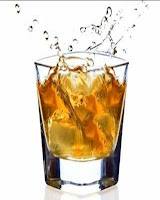 ... before collectively picking up the revolver ?

You don't sound too cheerful there tonight Nick.

I'm staying off the bottle here, things look bad enough to me without the beer goggles on.

I just found the increase in booze sales rather comical !

I just saw Ed Balls on TV trying to make out they had won.

Where can you buy a good pitchfork round here?

at Beelzebub Hardware and other good stores nationwide

They HAVE won. Gordon has got his crisis and used it to clamp himself in to no 10, under the figleaf of Constitutional law.

I'm trying to make sense of a situation which says that somebody with fewer seats can none the less insist they are the Prime Minister merely because they last sat on the chair. It is prefectly obvious that Cameron, who may yet fail at it, should be given first go at forming a government.

Hmm, this is awful, labour would need the support of the entire rest if the political alphabet to have any chance of forming a government.

Can we have your predictions for the October/Nov General election please...

My Wife is furious and she normally yawns at the very mention of politics...

In the office this morning the Lib Demmers said "I didn't realise that Brown would be PM if he didn't come first..how does this work...?"

i just dont understand how brown thinks he can hold on. surely someone must tell him to do the decent thing?

I am just off to the count (Croydon Council) and may be a little while ...

Brown, Faust? They are not called LimpDims for nothing.

hold on, clegg may be about to lend dave a hand

He's still pretending to be asleep in No10.

Cameron and Clegg will need to drag Gordo out kicking and screaming. A leg each?

What a waste of good malt sp;ashing ice in like that.

that was the jolt when the revolver went off ...