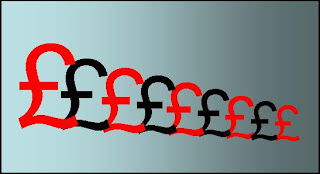 As new brooms often do, “nuclear sceptic” Chris Huhne has swept around a little and found – who’d have guessed it – a £4bn black hole in unavoidable nuclear de- commissioning and waste costs ! He has been statesmanlike enough not to make this an anti-nuclear issue per se, but to blame it squarely on his predecessors. From the Graun:

“In [the] current financial year the Nuclear Decommissioning Authority's budget is expected to be in balance. From 2011-12, the deficit suddenly rises to £850m, in 2012-13 the gap increases further to £950m and then to £1.1bn in the two subsequent years. If the Treasury refuses to shoulder the full costs, Huhne's department would have to make cuts with possible implications for energy efficiency and climate change programmes”

Now Chris Huhne may be ‘just’ a canny politician doing what spending departments always do, but we are told that Osborne is fairly cute himself. So there’s a bit of an opportunity here, notwithstanding that the process may need to be intermediated by the new and untried (LibDem) Chief Secretary Danny Alexander.

My solution: yes, you guessed - two birds with one stone. (a) extra nuke costs to be borne from existing budgets - at the expense of the more fatuous renewables projects: (b) increase the liabilities on would-be nuke developers, to cater for the fact that clean-up, like an Olympic stadium, always costs more than anyone thinks. Thus making life more difficult for two undeserving groups of subsidy-wallahs.

The difficult bit may be (a), because most renewables subsidies, being levied via electricity bills, aren't from the same pot of £££ as nuke decommissioning. But hey - what's a clever Chief Secretary for ?! The other problem will be the Civil Service instinct to take out onion and sadly declare the nuke bill will have to be met from cuts in the energy efficiency budget - which is the very thing that is most deserving of public cash.

But ... get this right, and there could be a very satisfactory outcome here.

Two birds, one stone, brilliant plan. Only I don't think it'll pan out like that...

i fear you are right

How much of the decommissioning costs are from civil nuke programs and how much from military? It may be unfair to blame all the cost on electricity generation.

Do we know what EdF et al are quoting as the cost of clean up for their new plants?

Jonathan - without research I don't have the answer to either

there is a chap who happens along here sometines, RWEndland, he often knows that sort of stuff

what I do know is that EDF are demanding a floor price on carbon of €50, nearly 4 times current price, = one helluva subsidy

Mr Drew I suggest an email with this idea to the right people.

There is in fact some £££ from elec generation that goes to the Nuclear Decommissioning Authority (NDA), that could perhaps be used better. EDF owned British Energy is forced to reprocess all its spent AGR fuel at NDA owned Sellafield. That was setup at privatisation essentially to subsidise Sellafield - BE has tried to escape those contracts and more cheaply dispose of the spent fuel, but isn't allowed to.

Trouble is continued reprocessing at THORP just creates more future decommisioning costs, besides the ongoing costs of running it. We already have a 100 tonne stockpile of reprocessed civil plutoniun we don't know what to do with - we don't need more that comes from still running THORP.

If we could renegotiate that, thereby shutting down THORP early, there is possible cost savings that could go toward the esculating decommisioning costs. (not sure how much now, probably billions over the AGR lifetimes still)

The problem is making sure any costs savings don't go to BE/EDF as unexpected profits, but get diverted to future NDA decommisioning costs.

An organisational proplem is, I suspect, that many people in NDA see their role as keeping people in the old nuclear industry employed on a steady basis, rather than controlling costs. Not surprising as NDA HQ is just down the road from Sellafield.

Jonathan, its mostly[*] from the civil programme (including Fast Breeder Reactor R&D at Dounreay). Its quite difficult to say exactly, as much of the early UK nuclear programme was dual-purpose (Magnox fuel reprocessing).

The discounted nuclear liabilities are listed on page 32 of the latest NDA accounts - oddly enough NDA seem to have stopped giving the undiscounted costs in recent years! About £83 billion undiscounyed + whatever spent over recent years. Enough to be noticable even on the banking crisis scale!

[*] Strictly speaking it is 100% civil, as the civil UKAEA produced the plutonium for the military, but ...

knew you'd have some good stuff

I see there was another fishy nuke story yesterday

Jonathan, forgot to mention the obvious - the exclusively military decommissioning costs are on the MOD books, at £9.6 billion on top of the NDA liability. Mostly for Aldermaston, Burghfield and the nuclear-sub test reactors at Dounreay.

ND, that fishy nuke Guardian story was indeed interesting. New-nuclear lobby still quietly at work trying to offload years 60 to 100,000 of spent fuel responsibility onto the state too cheaply! Are we going to be suckers for that second time round?

Also a rather interesting interview with NDA's newish ex-BP boss, Tony Fountain. Despite my criticism of NDA above, this new boss does seem to have a handle on the issues and sounds like he has a reasonable approach - we'll just have to see if he can make any effective headway in the tarball of vested UK nuclear interests. He certainly gives some yummy quotes:

* "Sellafield is like BP's Texas City before the fire"

* When asked if he had been shocked by anything he saw, he said: "Shock is a strong word. But it would be right to say that the ponds and silos at Sellafield are attention-grabbing; striking in nature."

* "[NDA]'s got quite a complex set of processes [around] itself, or around those it employs to work for it, and we need to become a much more effective delivery organisation."

We need to be careful here. The eventual costs may not be as high as this prediction. The NDA eradicated BNFL and UKAEA and have introduced American contractors to do this clean up. They are commercial and canny and they are busily "discovering" new costs which they then will claim massive peformance fees to magically bring back down to where they always were. The team at Sellafield (Washington Group) already earn 60+ million per annum. But they can see with a naive NDA that the sky's their limit.