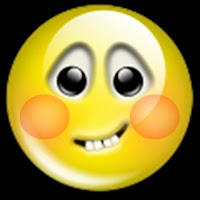 Back in 1986 the price of oil collapsed, hitting the E&P (exploration and production) activities of oil companies hard. Major downsizing was the order of the day - the city of Aberdeen nearly went under - and all manner of cost-cutting programmes were instituted.

Shell Expro, the E&P division of Shell UK, had one such scheme, and it bore strong resemblance to the Coalition's current plan for its own Spending Review. In both cases, each department gets told to draw up plans to cut 25% and 40% of its expenditures. Obviously, then as now, the purpose of the 40% requirement is to winkle out any really creative radical ideas. (They all use the same management consultants, you know.)

In Shell's 1986 episode, the staff were told that all the 25% cuts would be implemented, and some of the 40% ideas too. Just to add to the gaiety of the exercise, this planning process was called SEARCH: the S-E stood, naturally enough, for Shell Expro but no-one recalls the rest because, such was the disruption it caused, it immediately and memorably became known as Stop Everything And (w)Reak Complete Havoc.

One old lag of my acquaintance, a manager in his late 50s, had a high-profile role which required him to make a weekly pre 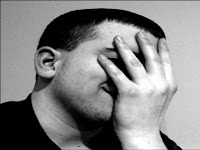 sentation to the Shell Expro board. His department's "25%" plan had him being pensioned off in the first wave and, confident he would soon be waving farewell, his weekly offerings became more and more flippant, nay insubordinate, as SEARCH rumbled on.

Highly entertaining for spectators, but you can guess the rest. When the results were in, the board didn't like any of the suggestions, and did something quite different to make the necessary savings. This did not include making a fairly costly redundancy payment to our flippant friend, who was left looking, err, rather uncomfortable.

Get stuck in, Alexander and Osborne. Remember, no summer hols for you.

They'd be better off with 100% cuts, at least conceptually.

Announce that all existing govt jobs are going to be shut down w.e.f. 1 January 2011, let's say, and then give councils what they think councils need to spend and tell the councils to reinstate the people they really need (like coppers, road sweepers etc).

One area of the public sector which I know better than the others is mired in wastage, duplication and pointless exercises. The problem will be that the people who implement the cuts have little incentive to do it in a sensible way which will in the long term benefit the service or its customers.

The government's plan to get public sector workers to suggest cuts is a good one, but it won't work if only the senior management are listened to!

Try this one. You need to cut overall by 25%. But some large areas of the budget will not have cuts at all. So how much do you have to cut the remaining areas?

I know we often say the NHS is over managed, but from repeated experience, you would get about a 15% increase in productivity if everyone simply turned up on time.
Not referring to the patient, just the doctor, anesthetist and 2 nurses.

Of course that does not reduce the cost of the NHS.

Blue Eyes is onto something there. When you ask a bunch of administrators to save money, they don't sack themselves. They do everything they can to retain the existing management structure and admin bureaucracy. That's why they sack the people who do the actual work. They will also work ruthlessly to prevent the ideas of those among the lower orders - who really do see the wastage and tend to hate it as much as any member of the public - ever seeing the light of day.

Sebastian - you are completely right. But the dim ConDems think everyone in government will enthusiastically and honestly endorse the cuts. Some hope!

having worked in local goverment as a IT contractor. The main problem is apathy. It's the contractor that carry a larger workload than the permie. This is not generally repeated in the private sector. The reason...ITIL. If one middle manager is sufficient, ITIL will create another 2 and atleast 1 project manager and 1 senior manager. I used to joke that I was glad I didn't live in the same county as I worked.... Then I got a contract in 'my' county and it was exactly the same