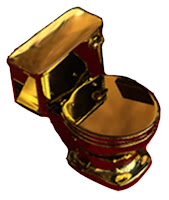 Reading the comments on a Dale post about How much are BBC managers worth I was reminded of a Socialist Worker type pledge.
Paul Halsall, a genial left winger, commented about the twenty times salary. The higest paid in a corporation cannot earn more than twenty times the lowest.

I don't believe any executive in a public corporation should be allowed to earn more then 20x the lowest paid.
But I also believe this should be applied to the private sector as well.

Predictably the comments remarked on self employed, risk taking, business owners, the end of capitalism and so on. For my part I remarked, I don't agree with it, naturally, but its not quite the fantasy it first seems. We pretty much have it now except at the very highest levels.

Puts a cap on salary of around £350k, unless minimum wages rise, which would cut the profits.

Except, I just read Adam Croziers final years pay for Royal Mail.
£2.5 million. That's about 160 times a postman's salary.
Kevin Lygo, the director of programmes at Channel 4, earned £1.136m last year. So only about 80 x salary.

Where I'm suddenly a bit more in line with Paul { not 20x anything, but capping salary for public sector} is that Royal Mail, like Railtrack, has to make a profit, so needs top people.
But if these top people fail then...taxpayers bail them out. Adam Crozier's job was as safe as safe.
Fred Goodwin's wasn't. If he didn't make money he was out.
{There is a whole sub argument about how this attitude destroyed the financial world, but lets try and just stick with salaries.}

a multiplier would be fun - I can imagine disgruntled junior managers rushing to employ the cheapest person they could find in order to inflict an immediate pay cut on their CEO.

I guess the minimum wage provides the floor to that game.

The Green Party advocates a Maximum Wage policy. This would not exclude owner-managers though. Apparently the aim is to prevent enormous cash bonuses and instead encourage employees to take a stake in their company.

I have a basic problem with the Government or liberal milksop bleeding heart do-gooders deciding what 2 private individuals reaching a deal should or should not be able to agree with each other. It's free country, innit? Or at least it used to be.

Public sector - different story. Because they are dealing with our money, not theirs, and their jobs are intrinsically more secure than a private sector job. No more than the prime minister, full stop.

Either the PM is underpaid or the Headmaster is overpaid.

Wasn't the one cut that Brown implemented in the level of his successors pay?

There will be a natural narrowing of the gap - After all we all live in the same country.

There will also be a widening, we like to hear about a few superstar footballers being paid 100 000 per week and this could be the same for some lawyers - oh - it is already but we dont hear much about it.

I liked the graphic of bank CEO salary vs market capitalisation worldwide.

I just can't understand why how the Chinese have 3 of the top 5 banks despite paying so little that all their top talent must have moved elsewhere long ago. Mustn't they ?

I think I'm right in saying that up until the 1980's a top manager would get about 10 times the salary of the lowest paid. This seems about right to me.
Another point worth examining with a top managers bonuses, is the effect of inflation. Many bonus packages take no account of this, thus we have far too many average managers, appearing to be brilliant because inflation is not stripped out from growth calculations.

Well who decides this 20x figure? its mostly just pulled out of the sky, with a few statistics created to 'justify' it.

most of the public sector at the level of low level manager up are grossly over paid.

Bill, you say £142,500 is a good Headmasters money.
Well my family are farmers, they earn around £14,000 a year and thats not purely farming, diversification as well. Admittedly there are plently of off the book perks, but other jobs have those too.
A lot of people may laugh thinking of a farmer in the old fashioned sense of a peasant who just feeds animals, but the modern British farmer is a long way from that.
I certainly don't believe the skills of a Headmaster are worth 10x+ that of a modern British farmer, not even close.

My brother earns around £20,000 running his own business, working long hours and weekends.
Now he is considered to be doing well for himself and is generally happy,
But a middle manager in the public sector would turn their nose up at £20k.
And, what may I ask is so special about them that makes them worth so much?

One of the biggest cons seems to be the way many public sector jobs have been given the same names and titles of the private sector when actually they aren't the equivalent type of work at all.

Would you rather employ:
1 Jonathan Ross at 6 million a year.
or
300 other creative people at £20,000
The BBC (publicly owned) is a disgrace.

Laban, agree with you on the bankers and clearly again the bankers are outrageously overpaid.
I play a lot of poker, when on a good streak its easily to tell myself I can win £100+ a day, but a bad run soon knocks a hole in that idea!
As I read a book by Rodger Bootle about the financial crisis, he explained that the 'top talent' bankers were basically doing the same thing, riding their luck during the boom and grossly exaggerating their abilities, as soon as the down turn came they went bust.

Whats more, in poker usually the guy who wins the most in the short term is taking the most risk when he's 'running good' is the same guy who in the long term loses the most money.
Reminds me of
Fred the shred..

Steven_L, what do you mean, it should be far less for most of them.
no?

The real problem is the wages of the London based economy and government are out of touch with the rest of the country.

Botogol. Yep, the minimum wage nails the CEO. Suddenly the boss says "i think we should pay our cleaners more.."
But we know if it was in place extra pension,shares,butlers etc would become the norm.

I'm sure there's lots that should be on less, or even out of a job. However, the fact remains that loads of council and quango CEO's are on more than the PM.

The CEO of the council I work in is alrady using the staff magazine to justify per higher than Cam paypacket pre-empting calls for her to take a cut one presumes.

BE. The greens. It all sounds so lovely. The Green manifesto must be like the beautiful dreams of Frodo.

SW: Brown did cut PM's pay. I heard he took the light bulbs too.

Andrew B. Quite like the publishing thing. But not sure it will make much difference. Slightly different argument is I'm always stunned when I see Public sector pay. A staff nurse is on Band 5. Thats about £27,000.

I appreciate its skilled work but that's still a good salary for a junior post. Nurses used to be right in the low paid category.
I know store managers who earn just 15k and work 60 hours a week.

Doesn't John Lewis run this model? I think it's part of their policy that senior managers can only earn x% of the lowest paid workers salary.

|One would imagine this sort of thing would encourage payment in shares, so if you do a good job you get capital gain as well as wages.

Alligning management and shareholder interests can only be a good thing.

Plus it means Thicky Joe at the bottom of the pile will get a wage rise when the company does well to increase snr mgt pay. Could work well at a primo business better than one which competes on price.

Laban: good point. Of course their salary in China is worth ten times what it is out of China.

Anon: I agree with you. I know regional managers, responsible for 5000+ staff on 40k. General managers who run companies who earn about 80k. Some of the council salaries are astounding for such a safe job. Private eyes rotten borough details council exec salaries that wouldn't be out of place in law firms or banks.
And Anon..that NHS band 5 is from NHS jobs site. Its NOT a London salary, so your point on London is well made.

Do you not think there are ways round these things? Options with a low strike price or foreign travel for one business meeting or readjustment of pension funds? It will be just like MPs expenses, as senior management feel entitled to it. Otherwise office clerks might see their pay double. :-)

I hope you are not all becoming socialists.

Hmm... My replies have vanished!

What's interesting is that public sector pay rose across the board with the injection of government money. I'm sure that wasn't the idea. A 30x, 40x salary structure.

I still think of a nurse as being very low paid, just above minimum wage.
A staff nurse earns band 5 NHS, about £27k. That's around 2.5 times min wage for a standard post. A ward nurse is another 10k and so on...
It does seem, if not generous, then at least a fair deal, when sick days, holidays, security and pensions are added in.

{I don't want to attack nurses. The same is true of any public sector body that has pay scales, devised as if the entire country{except London} had the same cost of living.
A double benefit for being a nurse in say, Sheffield, as opposed to Croydon..

BQMP said...
This comment has been removed by a blog administrator.
1:04 pm

Yes, there is something wrong with the comments; the two previous posts say they have 4 and 7 comments, and they don't.

I do not think that there should be any cap on salaries let the market decide. I think that all company and public pension schemes should be scrapped and everyone should provide for their own pension out of income. This means that the state provided pension is available to all at whatever age is decided and your own private one is paid for by yourself.