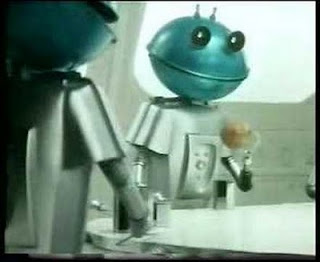 "Nostalgia is a seductive liar." ~George Wildman Ball.
"Nothing is more responsible for the good old days than a bad memory. ..."
The term nostalgia describes a yearning for the past, often in idealised form. - wiki

Nonsense. Nostalgia is a mix of the best, the naff, and the just plain embarrassing.

To prove it I ask all readers to add their reminisces to the comments. Then, when we have collectively amassed the entire culture of the late 20th, early 21st century, I'll add them to the main thread to create the most nostalgic post in the history of the internet. Google search page number 1.

Its not just idle weekend fun. Its making history.

I have fond memories of the last time we did this.

Mens shorts that ended above the knee

One falling apart car per household

Being caned at school
Afghan coats

Roads free from cars (no motorways)
Peter Parker in charge of BR
Strikes, union empowerment...hold on......I thought this was meant to be pleasant....viva 2010

Richard Baker
Wimpey
2p for the phonebox
Amoco
The half penny

Yamaha FS1-E (the one with pedals)

From around the office:

Policemen with whistles and truncheons

Hi. Mine are mostly from the late sixties/seventies:

I never really liked most of the shite food people look back nostalgically on, not even at the time. As a child I had a list of disliked foods which, in adult life has grown steadily longer & encompasses most of what is written here.

The exception is Abbey Crunch, which I would still eat to this day, if only I could find any?

I was also a regular viewer of the Krypton Factor when it was on. I would have been in primary school at the time. It seemed like the only programme that was really worth watching, whereas I couldn't see the point in cartoons etc.

"Dim as a Toc H lamp"
Soldiers in uniform.
London full of English.

hope you are taking notes Mr Q, there is a book here

Yep... Once we hit 50 comments it will all go on the main page. Or maybe a 'special' with images.

I don't even know what Cadbury's Aztec or Abbey crunch was? But I'm convinced there was a Tiffin bar.

Personal favourite so far..
Men who smoked pipes and
Richard Baker.
{He was the voice of Mary,Mungo and Midge. A cartoon about the brand new high rise tower blocks Triple Bubble for that.}

Errm, it's 10 chains one furlong and 8 furlongs one mile!

Yards/feet/inches etc, and being able to do the multi-base maths without a piece of paper.
Spangles, Old English - yummy
Sherbert dips
Liquorice wood/sticks
Keeping a box of candles and a box of matches in case of power cuts.
Power cuts and strikes.
Lifebuoy soap.
The smell of line dried washing.
Knicker elastic that wasn't very reliable.
Petticoats.
Nylon sheets (yuk)
Making ice slides in the school playground.
Snowmen competitions at school.
Ice patterns inside the windows.
Conker competitions at school.
Bottles of school milk with the lids popped off because the milk had frozen.
Other people's outside toilets.
Izal toilet roll at school - eeuw.
Adaptors to plug an iron into the light.
Spin dryers that ate clothes.
Washing machines with mangles on top.
Granny's outdoor mangle, that worked.
Lighting a coal fire using only paper.
Hot summers and popping tar bubbles in the road.
Collecting car registration numbers (err, did I really do that?)
Lambrettas.
Triumph Stag.
TR7.
MGBGT - either orange or Brooklands Green.
Sunday school and youth club.
Policemen on the beat.
Knowing that, "No!" meant no!
Grown-ups being in charge of kids.

Im old enough to remember the real good old days, before we had nostalgia.

On a pedantic note...

Inter City 125 (classes 253 & 254 for the spotters amongst you) - still operational, though defaced with all sorts garish post-BR liveries. Bring back blue/grey/yellow diesels I say.

CONGRATULATIONS TO ALL MY FRIENDS WHO WERE BORN IN THE


First, we survived being born to mothers who smoked and/or drank while they carried us and lived in houses made of asbestos.

They took aspirin, ate blue cheese, raw egg products, loads of bacon and processed meat, tuna from a can, and didn't get tested for diabetes or cervical cancer.


Then after that trauma, our baby cots were covered with bright coloured lead-based paints.


We had no childproof lids on medicine bottles, doors or cabinets and when we rode our bikes, we had no helmets or shoes, not to mention, the risks we took hitchhiking.


As children, we would ride in cars with no seat belts or air bags.


We drank water from the garden hose and NOT from a bottle.


Take away food was limited to fish and chips, no pizza shops, McDonalds , KFC, Subway or Nandos.


Even though all the shops closed at 6.00pm and didn't open on the weekends, somehow we didn't starve to death!


We shared one soft drink with four friends, from one bottle and NO ONE actually died from this.


We could collect old drink bottles and cash them in at the corner store and buy Toffees, Gobstoppers, Bubble Gum and some bangers to blow up frogs with.

We ate cupcakes, white bread and real butter and drank soft drinks with sugar in it, but we weren't overweight because......


WE WERE ALWAYS OUTSIDE PLAYING!!


We would leave home in the morning and play all day, as long as we were back when the streetlights came on.


No one was able to reach us all day. And we were O.K.


We would spend hours building our go-carts out of old prams and then ride down the hill, only to find out we forgot the brakes. We built tree houses and dens and played in river beds with matchbox cars.


We did not have Playstations, Nintendo Wii , X-boxes, no video games at all, no 999 channels on SKY ,

no mobile phones, no personal computers, no Internet or Internet chat rooms..........WE HAD FRIENDS and we went outside and found them!

We fell out of trees, got cut, broke bones and teeth and there were no
Lawsuits from these accidents.

Only girls had pierced ears!

We ate worms and mud pies made from dirt, and the worms did not live in us forever.

You could only buy Easter Eggs and Hot Cross Buns at Easter time...

We were given air guns and catapults for our 10th birthdays,

We rode bikes or walked to a friend's house and knocked on the door or rang the bell, or just yelled for them!

Mum didn't have to go to work to help dad make ends meet!

RUGBY and CRICKET had tryouts and not everyone made the team. Those who didn't had to learn to deal with disappointment. Imagine that!! Getting into the team was based on

Our teachers used to hit us with canes and gym shoes and bullies always ruled the playground at school.

The idea of a parent bailing us out if we broke the law was unheard of.

They actually sided with the law!


We had freedom, failure, success and responsibility, and we learned HOW TO

DEAL WITH IT ALL !


And YOU are one of them!


You might want to share this with others who have had the luck to grow up as kids, before the lawyers and the government regulated our lives for our own good.


And while you are at it, forward it to your kids so they will know how brave their parents were.

It's not alway what has gone but what has arrived instead!

Quiet Sundays.
NO mobile phones
NO Call centres
NO CCTV.
Real Customer service
Real Policemen (whom your young self respected)


On a lighter note
Check Jackets in fact most jackets and blazers
Afro Hair
The Womblng song
Cars marques you could name by their shape!

P.S. Pipe smoking men are not history there are two of us at my local.

Mea culpa with the chains and furlongs. And I definitely forget what constituted a 'rod, pole or perch' and how many of them there were to the acre.

I can't claim circular skirts and 'bouffant' petticoats, or pedal-pushers and hoola hoops -that was my older cousins, but the North Circular was ours, OURS. And That Was The Week That Was, and Associated Rediffusion and Elkan Allen (well, not exactly ours - bit predatory was elkan).
We don't hear much about vietnam these days either, ND.