"Stress-Testing" the Banks ? Not Very Stressful 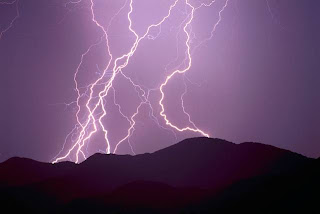 Since 2008, on both sides of the Atlantic, so-called stress-tests have been and are being conducted by financial regulators to establish their capital adequacy. So far as I am concerned, anything that intelligently bolsters the limited, formulaic 'day-to-day' CapAd assessments made by the banks themselves is worth entertaining: we know that pre-crisis bank capitalisation was culpably inadequate.

Except that what is being done should never be dignified with the name of Stress Test. All the talk is of modest 'haircuts' to represent the downside of potential sovereign default: but as we wrote in 2007 when bank default was the issue of the day, nothing short of testing for outright default is sufficient.

Here is what the Bank of International Settlements - essentially the highest authority on the subject - says in its 2009 guidelines on the matter, written with the benefit of very recent Crisis hindsight and insight:

"Stress tests should feature a range of severities, including events capable of generating the most damage whether through size of loss or through loss of reputation. A stress testing programme should also determine what scenarios could challenge the viability of the bank"
(Principle 9, my emphasis)

Authorities please note: call a spade a spade, but don't call a haircut a Stress Test.

What's the ultimate stress event then Nick? A US government debt crash?

it's often said that a government which reserves the right to print money will never default, so US default is probably a step too far

the other aspect is that one is looking to 'shock' the model - anything that happens over a long time - e.g. sustained dollar devaluation, which is often spoken of as the way the US will erode its debt - allows players to reposition themselves, which isn't quite the same thing

right now I'd say you need to be picking a random PIGS country and assuming it defaults one Monday morning, which has a quite different qualitative feel to
haircuts-all-round

no hard feelings to the selected defaulter ...

I didn't say a default I said a crash i.e. interest rates shoot up.

Or how about a run on the euro itself!

both would be v. suitable

Here is what the Bank of International Settlements - essentially the highest authority on the subject - says ...

... and the BIS should know, it being argued by more than one economic pundit that they had a hand in 2007-9.

oh yes James, BIS doesn't get any authority from being above the fray - because it ain't, as you say