Are you Middle Class ? 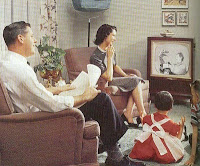 Another one of those tests doing the rounds.
Here's our response.


or
Are you common ?

I only got one, I do have a bread maker, but I never use it, neither do the servants, does that count?

Common as muck it seems...although the cab franc we grow on my sisters vineyard here is rather good!.

I have thought (once) about Kirsty Allsop. I won't elaborate, I know this is a family blog and all that.

Anyway, you sure this isn't a 'middle aged' test?

Anyhow (is that common?) since you were asking the other day, I've got one for you.

...our political classes are like those sneaky postal chess players that really let their PC make the moves...

As it happens, Her Indoors made us move to the suburbs when our kids reached school age, but we didn't pretend to be religious (which seems frightfully common to me), we just paid for them to go private. Is that a 'yes' or a 'no' to Q17?

Only a partial yes to No 11, as there are a few interesting documentaries on BBC4. Rest all No. So despite my private education, I'm not middle class. Hurrah!!!!

(I knew as much as I have salad cream in my fridge, not mayonnaise, and eat dinner in the middle of the day.)

Anon: Servants using the bread maker? I should hope not. To be really middle class you must grow your own wheat.

Thud: Surprised at you. Surely you keep chickens? You have a wheelie bin with a green tree wallpaper covering? I'm sure someone in your family still does sewing..You must be MC.

MW: Its all golf clubs and home made birthday cards in your home. Q17, fair to say you have entered into the spirit of the middle classes, as have the BQs, who moved from SW London to Surrey. Perhaps a better Q would have been would you rent/sell your house and move just to get in a better catchment area?

At least five of these seem to be about television. Proper middle-class intelligensia wouldn't have one in the house.

And what's a PS2? Sounds like one of these new-fangled electronic gizmos to me.

I got none, innit.

Anon said: "At least five of these seem to be about television. Proper middle-class intelligensia wouldn't have one in the house."

Sobers:Dinner! Disgraceful.And as for salad cream, if you've made it yourself fro your own garden, or the increasingly fashionable allotment, then that's fine.I'll wager your swimming shorts have a Hawaiian pattern too.. ugh!

Anon: Television is perfectly acceptable. Not ITV of course. but BBC and C4. Even Sky. But not the movie channels.

BE: You are well known for having a bicycle. I imagine its carbon fibre frame weighs less than a stamp and one spin of the carefully, workshop balanced wheels spins as if by perpetual motion. Am I wrong?

Budgie: you've been spotted as one of the middle-class intelligentsia. Hang your copy of the Guardian in shame.

BQ I do have a bicycle but it was not designed by any car manufacturer, let alone "my" car's manufacturer given that I don't have a car.

Not having a car is less of an indication of middleclassity and more of poverty and living smack next door to central London.

Middle class is a con for most.

My guess is that the majority of modern 'middle class' live in a smaller house and a rougher neighbourhood than their working class parents did.

Houses built for bank clerks are now lived in by brokers.

Being labled 'middle class' appeals to vanity. Politicians encourage us to think we are middle class so that we feel richer whilst the country goes to the dogs and they tax us to the pips.

It also enables them to divide and conquer what should be now called the 'productive class'... seeing as plumbers get paid more than many doctors nowadays.

I have a John Lewis Waitrose Partnership MasterCard

As E-K points out the more people become middle class, and refuse to dirty their hands with real work (ie physically doing stuff), the more money the rest of us peasants make doing said stuff for the middle classes, and charging them a fortune too.

So tradesmen and practically minded folk who can fix stuff, and build stuff, and generally make things work correctly, earn more and more, and the so-called middle classes get poorer and poorer. How very ironic!

Electro-Kevin hits the nail on the head.

I am very 'upper working class'.

I have an iPad - am I middle-class or just a fanboi?

The quiz is for plonkers, not the middle class.

Real middle class are identified by the following

BE: But secretly...that Porsche bicycle calls to you..?

EK: Don't raise the tone with thought. The baby boomers have had it sooo good. Great Grandad had the great war,Influenza, little health care, the stock crash, the depression and the elite.

Grandad had Hitler, rationing, austerity, slums and a pension that might last him a year or two before death.

Sobers: The waste disposal won't run. I Have looked at it. Bashed it and changed the fuse. Now its up to the plumber..seriously, how middle class does that make me?

Anon: EK has an unerring accuracy for nail heads. Visit his blog.

Anon: I can't help thinking rel middle class are unsure of the Ipad. The Kindle OTOH is sooo great on holiday..

James C. Using the deli is a middle class aspiration. I used to visit one where the soup was £7.90 a cup! That's £7.90 a cup of soup. No roll. Just a normal polystyrene sized cup.

One day I hope to be middle class enough to think that organic soup is worth that price and rich enough not to care if it is or not.

There! I'm not at all middle class either. Thank you for clarifying that, BQ.

what's wrong with having a Latvian au-pair? I have two at home and one in the chalet. And im not even a parent!

Calfy. You'll have to wait for the are you a celebrity test.

BQ, there are no golf clubs in my house! But we recently gave the little turquoise trampoline to the neighbours and upgraded to an eight foot one with the safety net round it/

You seem to have formatting problems here, Bill - need to reduce your width.

I got none. I haven't got a TV, I go to my mum's to watch University Challenge & maybe the odd other programme, for example the series about the Normans. But as for vegetating I wouldn't do that. With blogging it's not only interactive but you can listen to records while doing it, so you get the chance to do two things at once rather than passively accepting what some broadcaster wants you to see.

Speaking of bread, I once overheard one middle-class person telling another that only chavs eat bread with every meal. Well, I do. I like it. But it's rye or wholewheat bread, so does that mean I'm confused? :)

I don't work with my hands, but I must be working-class because I earn too little & live in too shit an area to be otherwise. I also think that if you get told what to do at work & have no underlings, then you're working-class. Most of the men in my family are manual workers, I could probably earn more by having a trade but I don't think I would be any good at it because I wouldn't be dextrous enough.

JH:its a word import and won't shrink. Have you answered any questions?

Asquith: I know many people now who don't have a TV. I still find it odd. Like not having a phone.
I think rye bread and wholewheat is pushing you towards middle class but without even a single underling.. well that flings you back down to working class. I've got that Normans series saved to watch later, and that's definitely a middle class program.