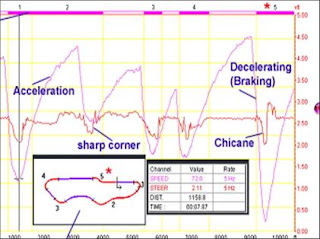 We like a flutter at C@W, and have been known to make the odd year- end prediction (actually, some rather good ones, though we say so ourselves). Really great market judgments - like John Browne calling the bottom of the oil price at $10 in 1998 - have led to great commercial triumphs (like BP buying Amoco and Arco in 1998-9 ... err, perhaps I could come up with a better example).

But 'econometric' forecasting that claims a mathematical basis, is a bad, expensive joke. The FT has recently caused a bit of a stir - and done us all a favour - by detailing just how bad the Bank of England's forecasting has been, and there should be a great deal more scrutiny given to the performance of professional forecasters in general. The commercial producers of costly forecasts-for-sale are remarkably shy when it comes to offering up their track-records for a bit of retrospective scrutiny, and there's a good reason. (Strangely, their clients rarely ask.)

The US Energy Information Agency - an authoritative source on a range of things - is honest enough to post all the long-term energy-price forecasts it has made over the years, and one can ridicule them at leisure, marveling at how bad they are (around 50-60% wrong over time! - i.e actual out-turn prices have on average been more than double those predicted).

Problem is, (a) many people view EIA price forecasts as being as 'authoritative' as their other output; (b) upon publication they are broadly 'conventional' / 'consensus', meaning that all the commercial forecasters forecast energy prices to be at roughly the same levels - and charge their clients a packet for the dross. On average, it'll all be equally wrong.

Even more troubling for those who believe in this nonsense - if they'd take their fingers out of their ears for a second - the EIA has an excellent track-record in forecasting energy supply and demand. In other words, even with a good grip on the 'fundamentals', there is really no hope of translating this into price forecasts of any value. There are dozens of reasons why this is so.

There is nothing wrong with people cudgeling their brains to come up with a patent algorithm that tells the future. The more you study markets and prices in a scientific, statistically rigorous manner, the more you understand. But let no-one hazard any money on the output, that they can't afford to lose. It's speculation, pure and simple.

Marchamont Needham said...
This comment has been removed by the author.
2:53 pm

Neil Spencer wrote a very interesting collection of essays on Astrology (you can find it on amazon for anout 10p) with a chapter about financial astrology.

Can't remember the name, but he reckoned the most successful trader of all time was an astrologer.

Maybe there's a place at the BOE for Neil.

Statistics especially the Government stats can be summed up by lies,damn lies and what the government puts out, and what large companies put out, all it is is slanted spin. No matter what the company if a person becomes in charge who is totally reckless with a cash rich, very profitable company that company will go down I can think of 2 companies at the top of the FT100 that were bought down to nothing no doubt other readers of this column can think of others.

Ever wanted to live the celebrity lifestyle? Buy that stunning villa in the Caribbean? Now you can live the dream!!

Let me tell you a secret: I have selected you, Mr (insert name), to be the lucky recipient of my tried and tested, no-fail computer program which will infallibly forecast all the future events of your life. Unlock your potential and make yourself rich! All I ask is a deposit of only £2999.

Buy the racehorse winners forecasting program for an additional £1999 and go to the dogs for free. Yes, for a trifling £5999 you can be the winners winner with all 3 programs!!!! What a deal!!

Please send your deposit to:
Under Bird Cage
The Railway Arches
East Cheam
SW1 NDL3
(Closed due to unforeseen circumstances)

It's speculation, pure and simple.

If you are using someone else's prediction without understanding how they worked it out, I call it gambling.

If you worked out your own prediction, I wish you luck.

run that post-code by me again ...


Andrew - that's an excellent point & I agree 100%: back your own expert judgment by all means, but speculating on someone else's market view, when you don't have one of your own, really is some kind of madness

how many times do you hear businessmen say: we need a good forecast - ?

chum, a forecast is some worthless ink on an expensive piece of paper: if you need a hedge, go and buy one. It'll cost more than the forecast, but hey, it actually has some value !

I have looked up Spencer, Mr Needham, and have concluded (in a roundabout way) that Gordon Brown was consulting the stars, via his sponsor JK Rowling ...

Gordon Brown was consulting the stars...
I remember him phoning them.

It strikes me that the oil companies are pretty good at predicting prices (plus planning for all sorts of political events, wars, catastrophes, tax changes, greenie nonsense etc etc), or else they'd all be bankrupt.

As to economic forecasting, all you need to look at is house prices. If they go up faster than wages = credit bubble; credits bubbles always burst and after that there is always a recession. The bigger the bubble the longer the recession.

Nick
i thought the same thing when looking at what i should do about remortaging a little while ago. I was chatting to the economist at work and she was saying this and that about what interest rates are going to do etc. I went back to my desk and pulled the BOE's quaterly reports and copied all their forecasts for the last 4-5 years or so to see how good they had been at predicting what was going to happen. Turns out i don't have much confidence in their predictive skills, even when they make the line go really fuzzy with a healthy 2-30 +/-. So i thought why take the risk on soemthing i can't afford if they get it horrendously wrong and interest rates go through the rough so opted for a fixed 5 year.

it would be nice though if the BOE published their forecast in an excel docuemnt or soemthing as then you could plot the multiple forecasts on top of each other and see what happened.

maybe it was historical data rather than f'casts

although I started with an example of a good oil co. call, in general Mark they are rubbish at it

but it doesn't matter as much as you maybe think:

- some of them hedge;
- the cost-of-production of most oil is far less than the market price;
- many oil-patch tax regimes dilute the impact of price-risk, often quite significantly;
- some of them are vertically integrated, with 'natural hedges' (I use the term very loosely);
- some can pass through commodity costs very easily;
- some are pig-ignorant national oil co's whose exposure to the rigours of market impact is minimal ...

But 'econometric' forecasting that claims a mathematical basis, is a bad, expensive joke.

Especially when it never was a level playing field anyway.