Carol Seargant - Still on the merry go round 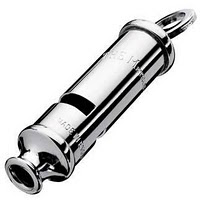 Now just last year Capitalists@Work had this exclusive on another sad story of whistleblowing in the City. Lloyds Bank stood accused of misleading its Scottish Widows Policy holders by an whistleblower who thought the bank was trying to pull a fast one that would end up in an Equitable life style fiasco.

The net result was sacking for the whistleblower and a swift move (reward) for Carol Sargeant from the FSA where she ruled in Lloyds' favour on the allegations to Lloyds itself to be a well paid Head of Risk.

A sorry tale of City merry-go-rounding.

Now today, perhaps rather predictably, the saga is raised again. Only this time the redoubtable Mrs Seargent is to go back to lead the 'new' FSA from Lloyds- nothing like having a gamekeeper-turned poacher-turned gamekeeper again.

Sadly, no one seems to care that she has still never even tried to explain her position on Scottish Widows. Safe to say I won't be surprised to see her put in charge of whistleblowing in the City - which is all fine and dandy as long as it does not affect one's own career, of course.
Posted by CityUnslicker