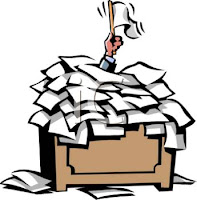 Back from Germany for Christmas, & to confront the usual backlog of incoming rubbish in need of attention.

Top of the pile . . . Utility Week, 'your unique guide to the UK and European utility industries', which has done us the service of interviewing one Sarwjit Sambhi, head of power generation at Centrica. So - what does Mr Sambhi have to say ?

He just wants the government to get on with market reform. He wants a market framework that gives generators a fixed level of revenue. Otherwise, he warns, "nothing will be built ... we need guaranteed minimum revenue".

Ordinarily one would have just a very few crisp words for such a miserable pleader, before sending him on his way. Regrettably, however, Chris 'Crapper' Huhne and indeed the whole government seem to swallow this nonsense whole for breakfast each day. So now I must wade through the ocean of dirigiste drivel that is last week's "transformation of the power market" from DECC, a.k.a. the "reform" that Mr Sambhi has been demanding so greedily. Analysis to follow in the coming days.

That, and the fact that CU and BQ have been posting brilliantly during my lamentable period of blog-slacking: there's hope for us all yet.

Not only is Alice back, but she's posting like it's going out of fashion.

Thank you for the kind words. They were most appreciated.

BTW, I am trying to get my old links back. I would be so grateful if you could put back on your blog list.

Many thanks in anticipation.

ND, have you noticed EDF/British Energy didn't hang around long.

The next day by amazing coincidence, just after Huhne's announcement, EDF announced that their previous line that we face a terrible "generation gap" from 2016, largely due to having to close old worn out nuclear power stations, is now changed into:

"EDF ... will extend the lifespan of two of its British nuclear reactors by five years (Heysham 1 and Hartlepool) ... Its five other Advanced Gas Reactors in Britain could have their lifespans extended by an average of five years, EDF said in a statement Friday, while its Sizewell B Pressurized Water Reactor could be kept open an additional 20 years."

They certainly don't hang around when there is some brass to be made. (Or more precisely some Plutonium to be made!)

By my calculation, if EDF get 40 years full operation life out of all their old nuclear stations, only two of eight will shut down before 2025. So the nuclear generation power gap has been nicely spun for political support, and some nice subsidy into the latter years of their old reactors!

Best to head back to Germany.

and may we hope it was also spotted by the massed ranks of the suckers, in government and the commentariat (and in various consultancies that shall remain nameless) ?

since the price of oil is certain to rise steeply whenever the global recession is over, let us hope for every reason that this is jolly soon, to put paid to all this nonsense & bring everyone back to the main issue before too much money has been wasted

thanks James & Happy Xmas to you too!

Happy Christmas y'all. My video is linked above.

And to you, Kev - Mrs D & I both enjoyed the recital ! Greetings from us both