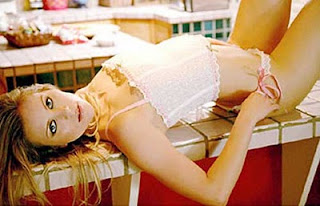 Taking a leaf from the book of spin, here is a picture to distract you from the words.
Really, you only need look at it.. the content isn't very substantial...

1. .Cameron has a 45-60 Majority. England doing very well in the World Cup .. emergency public sector cuts budget followed by another tax raising budget later in the year. ..the UK ending the year with 1.5% growth.

Seem to have packed 4 predictions into 1.
- First 2 are epic fails.. growth was 1.7% GDP the year end so that's a partial/ Still -FAIL

2. Troop casualties rise during the June surge.. plans are well advanced for troop withdrawals from Afghanistan..British commitment to be severely scaled back for 2011.
Correct. Casualties were reduced {so they are about the same as previous years} because of the scaling back and withdrawl from Helmand.

3. The integrated Broadband-TV set top box, which should just about make an appearance, will make a difference to households.
- Except it didn't. That hot piece of kit is still 1 - 2 years away. Damn bad tip off!

4. Dave Miliband will succeed Macbreth. But only just and he will have to give a high profile role to Ed. A Kennedy style cabinet forms, the difference being they never actually hold office.
- Fail ..
Bobby beat Jack to the Shadow Whitehouse but Jack quit in a huff. That left Ed Balls as Attorney General.. who'd a thought

5. UK will retain its AAA But the cuts will have to be more severe than the politicians think. The current 10-15% will not be enough. NHS and education ring fencing, plus the government's forward military announcements are not going to leave much for the rest. Possibly even department merging or another attempt to make councils regional instead of county wide.
- spot on! Knew those 'vote rigging' erm i mean 'Aircraft carrier' contracts would be unbreakable. Whole thing stunk from day 1.

Email ThisBlogThis!Share to TwitterShare to FacebookShare to Pinterest
Labels: 2010 Predictions

Did you say something about predictions? I missed it.

3. The integrated Broadband-TV set top box...tivo out in jan, so hardly a fail?

Great pic, now don't tell me she's got a wodger!

Sean: its not Tivo. the system is full pc capable internet,email, facebook etc on the TV. It replaces the useless 'red button'. if you want to know more the screen splits and there is wikipedia on one side, that you can type into as normal and search as normal.
Facebook during eastenders for gossipy chat.

The recipes for Ramsey are displayed alongside the cooking, or overlay.. and emails are on screen as the I-Player. So instead of huddling round the laptop, i-player and its clones are on the big screen.
Its an advertising opportunity!

Tivo OTOH? It failed once and I'm not sure what the attraction is for its success this time. It remembers your tastes and records stuff for you.. But freeview can do that with a bit of work on the users part. And tivo looks expensive to me... Not backing it for 2011.

Steven L: I hope not. That's a snap of Mrs Quango making the breakfast...

Need to set up a breakfast meeting to discuss the finer points... your place will do nicely.

Sorry, was there a picture?

I predict she'll catch a cold laying around on tiles with only a skimpy vest on.

Is that a working breakfast?