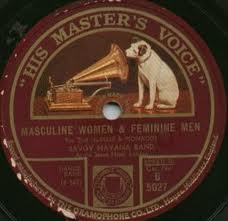 Shares in HMV Group are expected to fall on Wednesday morning after suppliers of CDs and DVDs to the retailer had their credit insurance on future sales withdrawn."

Credit insurance is to enable suppliers to be protected from a company going bankrupt. It puts off new suppliers and makes old ones very wary about delivering stock. But no one wants to be solely dependent on the small profit margin from online and supermarkets.

It doesn't spell the end for HMV. Topps Tiles had credit insurance withdrawn and noticed no ill effects. It was restored soon enough. But it finished off MFI who collapsed soon after. So not the end but it isn't a good sign.
On the message board seems traders are having profits with HMV shares fluctuating between 24-26p.
Blaming Peston, which is a bit unfair. He's just passing on the message.
I wouldn't wish to be holding them in the morning!

Still, it could be worse. Take a look at Borders in the USA

The small firm I work for had this problem heading into the crunch. Suppliers started demanding their money sooner or even up front. Customers paid less promptly. It is a difficult situation and particularly depressing if the productivity and (on paper) profitability hasn't worsened substantially.

Didn't a "scare" like this almost kill off Virgin Atlantic in the early days?

HMV sells a mature reliable product that is easily sold over the internet. CDs don't need to be touched and examined like a washing machine, a car or even a kettle. There is no future in their current offering.

BE: Quite. it makes it harder. But Cd and DVD suppliers will bound to be getting a better return from HMV than a supermarket, so will probably just continue and take the risk.

"HMV shares fall 13.7% after credit insurers cut cover" are laughably sensationalist. They are trading at 22-26p. The risk is already priced in. I won't punt on them myself but they look very low and if they secure their funding and make their cuts for 2011 then you just know they'll rise.

Budgie. But it isn't. People still want a cd/DVD. Many can order online but only about the same number as those who buy physical product. Its a contracting market, but thats why they are diversifying. The same argument applies to almost all retailers. Why ever go to currys? its just a dishwasher. Why have mobile phone shops? Or estate agents.

As you say, it hits HMV particularly hard with both books and entertainment items being very easy to sell online.But shopping is still a leisure activity and will be for a while yet.
They may have enough time.#

The death of vinyl and the death of the single was supposed to herald the end of music shops, which it sort of did. But HMV thrived when that happened.
If part of HMVs arm was a download service as powerful as i-tunes why couldn't they continue?

It's not a good sign, Bill and the eyes should be peeled for this occurring elsewhere with increased frequency [or not].

Bill, if I were buying a dishwasher now, I would want to see it, touch it, check the workmanship and materials. You cannot do that on line. With CDs and to some extent books that sort of inspection is far less needful. So, no, it's not the same argument.

And yes, HMV could keep a few physical stores for impulse buys and last minute presents; and they can (should) change their business offering. I did not preclude that which was why I said "There is no future in their current offering."

I would've said they can't afford to stop supplying retailers like HMV. Look at products like the mac book air, they don't even have a physical media player. Netflix reports that it costs $1 for every dvd rental they post out while a stream or download costs just 45 cents. How long before cloud computing, faster internet connection speeds, cheaper solid state drives and Apple marketing put pay to cds and dvds all together? I haven't bought a cd in years, itunes and an ipod makes it almost pointless.