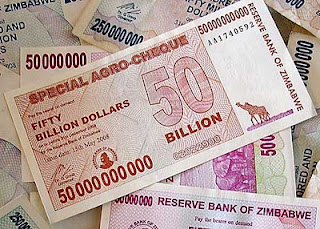 Shop price inflation rate increases
The rate of inflation of goods sold in shops increased in December and consumers were warned that more price hikes are on the way.
Shop prices were 2.1% more expensive in December than a year ago, as the rate crept up from 2% in November, driven by the rising cost of non-food items..
Food price inflation remained at 4% in December, but non-food inflation increased to 1.1% from 0.9% the previous month, pushed upwards by toiletries, cosmetics, DIY and home furnishing products.
January's rise in VAT from 17.5% to 20% and further hikes in the price of commodities, such as oil, wheat and corn, are expected to lead to more pain for consumers in 2011.

Its not clear if the lower VAT rate last Christmas, 15%, is allowed for in these figures, but any increase in November December when discounting was all the rage is most unwelcome.

HMG has left interests alone at 0.5% again.
For how much longer though? Another month. Six months more? The January rates are probably not going to panic anyone too much because many non-food retailers, including some very large chains, didn't bother with hiking prices in line with new VAT rate. Food and fuel will have pushed up inflation though.
But by March all new goods will have had the increase added. Spring rise? Buried among the Royal wedding at the end of April?
Posted by Bill Quango MP

The domestic economy is still deflating. It's only imported goods that are going up in price. During a rebalancing that is inevitable and desirable.

Everything is imported Blue. You know that. There won't be any new Lancashire mills spinning out the latest fashions. Not unless they'll find people to work for £2 a day.
And have business rates or VAT, H&S legislation,employers NI or corporation tax or waste taxes or transport taxes or pollution controls or paid sick days, or six weeks paid holiday, or union representation all binned as well.

UK is an importing country and will be for a very long time.

Which just means there is a low way to go!

Blue Eyes - everything's going up from car insurance to fruit and veg.

Seems like the MPC have completely diggerent targets to the published one.

And protecting the housing market seems to be way up there.

"Not unless they'll find people to work for £2 a day."

Direct labour costs in the West are often surprisingly low. A study carried out for HP in 1985 showed this. HP consequently parceled direct labour into overhead costs.

Similarly in one UK factory I knew direct labour was only 21% of the total product cost, despite it being a labour intensive operation.

It's the other 80% - materials, overheads and taxes - that really push up the cost of UK manufactureds.

Its FIXED costs that are the burden. As Budgie says.
Rent/rates fixed cost.
Staff - flexi/fixed cost. Ax staff, save money. Sadly it does mean in the UK we must cut jobs in order to keep on paying the taxes.

Fixed costs - spot on among other "enterprises" :) I have a retail shop. Which always does badly at Christmas (It's a repairs & parts Business) sales die a week or 2 before Christmas and the way it fell this time around with all the added in lieu bank holidays well.. not much happened for almost 3 weeks:(. Rent does not stop, Heating can't be stopped totally, Suppliers want paying, Staff want paying too and "Christmas boxes" and then as soon as the new year hits and every one has broken their shiny new stuff - "err- can we get some overtime?" LOL! Bank account just DIVES.

Timbo614 : Us retailers must stick together.

I've noticed suppliers putting up some prices a lot under the VAT cover. Not all. And mostly justified. A particular staple line is going to rise for the first time in 6 years.
Its going to go up by around 25%.
There will be more of that sort of thing coming along.

I am not sure what relevance a rise in base rates means.

So if the boe base rate doubles, the cost of borrowing might rise by 5%

I am not sure what relevance a rate rise will have for price growth unless the £ is allowed to go back up to its overvalued uncompetitive pre-recession level.

As far as I am concerned, what is happening is a long-overdue correction in the UK standard of living.

To put it in the similar words to Nuliebore's song, "Things can get only get more expensive", as has been pointed out above, very little in the way of consumer goods is made in this country, basic industries, coal, steel went more or less went out of the window 25 years ago, to a lesser extent agriculture. The only "industries" which seem to have appeared to have flocked to the UK are banking & finance, and we all know what has happened in the last few years, insurance is slowly moving abroad once a big income earner. Just a point to make about payed holidays etc. above I assume that most people in the city have payed holidays, good perks, petrol allowance etc.

Anon:All have paid holidays.
I believe the point being made is actually about profit.
Finance makes a big margin..out of mostly nothing.

Wholesale clothing makes a small margin out of raw materials and labour.

If fixed costs are to high {as they are} then its impossible to make items more competitively than third and second world competitors.

With the PatentEase Deluxe software, you can draft your own US patent application or provisional patent
application and file it in the United States Patent and Trademark Office (USPTO) without the aid of a
patent attorney or patent agent.

Seems like the MPC have completely diggerent targets to the published one.