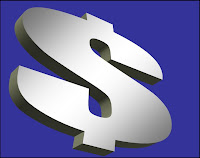 
first hosted by the esteemed Anna

I've got one for you ND, can you come up with one starting:

"Mr King was in his printing house, printing lots of money ..."

I've been trying and failing :(

Sing a song of sterling,
A nation full of debt,
A trillion quid of IOU's,
In a big game of roulette.

Chips were piled up to the ceiling,
When the wheel ceased to spin,
The house of cards came tumbling down,
So they turned to Mervyn King.

Mr King was in his printing house,
Printing lots of money,
Mr Bean was on the BBC,
Talking up a rally.

Mr Brown was at the DMO,
Racking up a slate,
When down came a PIIGS bond crash,
Making everything stagnate.

There was lots of inflation,
But growth was not a lot,
Mr King was on three hundred K,
And didn't care a jot.

Anyone up for getting pissed and singing it outside his office?

pissed and remember those lyrics?...past me I'm afraid.

we will put up bail for you, but I fear it'll be an ASBO if you carry through with your plan

Perhaps C@w can become the haven of political poetry.