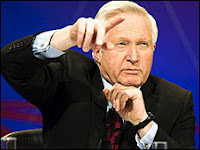 David Dimbleby is joined in east London by
Sarah Teather MP,{ An example of why to vote 'No' to AV.}
Boris Johnson,{Crazy,crazy Mayor of London. Ken got a tough reception from the West London crowd. Boris in the EastEnd? Cor Blimey guv'nor!}
Diane Abbott MP,{ Tribal hypocrite of the worst kind. Quite likeable though.}
Mark Serwotka General secretary for public services union, proper genuine Trotskyist and all round bonkers lefty,} and Clive Anderson, {Legal comedian and broadcaster, who may possibly be the only sane one there.}

YOU choose what you think the panel may be asked by the audience. YOU put those guess questions into the comments... points are awarded for accuracy, style, exclusivity, humour and sometimes just randomly. New entrants welcome and judged favourably.

Winner gets to choose 'who is the most annoying MP'
BQ thinks
1. Should smashing up London be legal?
2. Should Libyan rebels be armed?
3. Will axing police numbers cause more shootings of small children
4. Was the U-turn on EMA a U-turn caused by violent student protests?
5. Was Miliband wrong to associate himself 'with Labour's violence'{or whatever Boris actually said}

1. Protesters and hiding identity
2. Front line police cuts
3. Miliband addresses protesters
4. Boris blames TUC for violence
5. And Libyan FM turns up. Should we throw him back?

Cuts - when is a frontline job not a front line job?

Royal Wedding (could be covered in Londonistan riots)

2 When are we going to arm the libyan rebels

3 Xtremism or principled resistance - the London riots - should milliband condemn them properly?

4 Youth crime - Guns and the inner cities -why?

and the question that wont get asked, but I wish it would :

Why is it that so many of these dodgy foreigners end up here - whats wrong with France and Germany - or do they get a fair few we never hear about.

3) should we take sides in Libya?

4) asylum for Moussa Koussa - or the slammer?

5) Olympic legacy / fate of the stadium / why doesn't the Olympics employ any cockney *ahem* artisans? (as we have been reporting on C@W for several years)

hmm, to retain the title then... not confident this week I have to say.

1) What now for our post office savings are they to be directly invested in Ireland?(All Irish banks nationalised by the look of it)

2) Should Moussa Koussa be sent to America (possibly via Sweden) so our buddies can legitimately torture him and find out the truth behind Lockerbie and the Megrahi deal?

3) Lib-dems still want to abolish tuition fees - are they having a laugh? Or is the new shiny EMA the first step?

4) I going to put the AV referendum back in as my voting card arrived today. Just not sure what he question is going to be :(

Throwaway - Hyper Injunctions - Am I allowed to ASK about them existing?

2. Marriage - for the right reasons? The Interim Report of The Family Law Review recommends the introduction of an online divorce service. Family, grandparents, care of the elderly, adoption.. they could go on until I am old.

3. Shouldn't we prosecute the Libyan foreign minister? "We do not seek regime change, but we jolly well hope Gaddafi won't be around." Hrmm. Civil war..

4. Can we control 'demonstrations' so they cost less and damage private property less? Have they really got a reason to be demonstrating?

- should the Libyan Foreign minister be welcomed, or prosecuted

- everyone is charging £9000 - do we need to rethink university fees

- will the panel vote for AV?

- Is the Labour Party now simply the party of state sector workers?

1. The cuts, frontline policing, Sure Start centres, libraries. Arts Council "Art for the many, not the few" as Labour put it. Or as I would put it "Art for the few, paid for by the many".

2. Libya, immunity for Musa Gusa and should we arm them, will we get bogged down in a land war.

5. That MP who got sent down for 16 months because of ove claiming for bus tickets or something.

- AV didn't work on BBC R5 very well. Shall we just drop it - for Teather

- Libyan Foreign minister. Should we send him back or ask him some Lockerbie questions? - For Anderson

- EMA is given to 80% of kids. Surely it should be just for Hackney's very poorest. - For Abbott.

Very hard to know what to pick this week, given that so much time was spent on Libya last episode. Given the panel I imagine any questions asked will somehow be turned in to boris/gov bashers though! My guesses are:

1) Immigration - is it right to impose skill conditions?

2) Cuts & the Olympics - how is that going to work? Is the regeneration still on track?

3) Demos: Should the police use water cannon etc & should the vandals be made to pay for repairs/restitution?

4) Nuclear Power: with the news from Japan getting worse by the day should we ever build another nuclear plant? What exactly is "Plan A" now?

5) Student fees: with more & more unis setting their fees at the top end of the scale, is it still worth it?

What provision is being made for the arrival of North African migrants who are leaving their refugee tent-settlements as fast as the Italians put them there?

In view of so few state schools even entering their pupils for 5 core GCSEs, should teachers in state schools be expected not to belong to trades unions or other professional propaganda groups?

Should English now be taught formally as a foreign language in urban state schools?

Should 'demonstration grounds' be opened rather like early English tournament fields where demonstrators can fight all-comers in comfortable surroundings for fans?

1. Protests. Should police have greater powers.
2. Protests should be banned on Royal wedding day.
3. Privatised Jails. What's the fuss?
4. Shootings and knife crime. Police cuts are going to mean more.
5. Arming Libyan Rebels would be like when we armed the Taliban.Don't get involved.

And Ed's wedding- was it a political choice.

1. Was it really right for Labour to organise the willful destruction of Fortnum % Masons last week?

2. Are we going to bring all of the Libyan regime over here one at a time until only Gaddafi stands between the rebels and victory?

3. AV. Can both sides lose please? Something about Warsi being compared to Goebbels. Unbelievably, something I just about agree with Chris on...

4. London gun crime and cuts to the Polis.

5. Bit (just a bit) of a chancer, but should Barclays accept Bloomberg's invite and piss off to NY? Either that, or which marriage are you most looking forward to most in the coming months...

1) Arming rebels
2) Protests / police response
3) Olympics / security / legacy
4) Should people who shoot children be taken to the tower and have their heads crushed?

Q1 - Protests. Public do not support the strategy. {Not very biased question there.}
Boris does well. {Eds speech covered}. Mark Serwotka thinks Labour wouldn't could. He means wouldn't be ABLE to cut as unions wouldn't let them. He says NOT A SINGLE CUT is necessary. Told you he was nuts. His figures are garbage too. but he gets plenty of applause. Dianne mentions Boris speech.She says its all the banks which the audience agrees.Labour cuts are nice cuts from Boris. Teather was quite good too. Anderson is sensible, if a bit liberal.
Audience is rabidly anti-cuts, anti wealth.

Shame CU is away. Audience member accuses the coalition of being against women, minorities, poor and children. That's CU stock question. I'll give him 2 points for that one.

Q2 - Libyan Foreign Minister. What's to be done. - CA says we have to engage. Clive is too clever for question time. Its all about who can wear their heart most prominently on their sleeve Clive
I agree with Dianne on hoping the regime might collapse by defections. I agree with Dianne? That doesn't sound right..
Arming the rebels comes up.Mental head MS thinks Mad Gad wouldn't have gone into Benghazi. He was already in you fool! its a miracle that he didn't win. Only a very fast resolution stopped him.

Q4 - Is EMA a u-turn. Dianne Abbott knows its value to her constituents. 54% get it. Another throw money Labour untargeted idea that will be hard to undo.

Q5. Private prisons. This is the end of the world for MS. A private prison. He almost fainted at the thought of such blasphemy.
CA tells him there are already private prisons. CT rightly says if it works who cares who runs it? So does Boris. Abbott talks garbage.

The most tribal episode for a long time. thought overall Boris did a bit better than Ken did last week.

Timbo614 - Good try on first one. {one main reason for not creating a UK postbank was the cost of getting out of agreements to BOI.}
However - just 2

Measured - all good guesses but only 2.

Steven_L not quite, but still 2

Winners are Nick Drew and Miss CD
who get to pick the final, no discussion, most annoying MP.

{which was a question so really I should get another point,yes?}

BQ: Yep extra point I reckon, I had to laugh when that annoying question was asked!

extra point and some more expenses, I should say, Bill

'who is the most annoying MP' was asked as a question .. but my goodness, Dimbleby didn't approve did he?

He preceded it by saying this had to kept short, then made sure to ruin the comedy by interrupting the questioner and explaining it and then got v impationet within 10sec.

Don't often see Dimbleby so petulant - must have been the producers' choice with Dimbleby over-ruled.

ND - I hope nothing is being inferred? I'll have you know that my assistant may very well have taken constituency calls as well as doing the ironing and shopping. Bound to have taken some as I never answer that phone.

It reminded me of Paxman in the winter.

"..And no time left to look at the papers as the producer wants me to remind you to send in your pictures of snow, in a desperate attempt to win ratings and fatally dumb down BBC news.."

TWO? Not content with my magnanimity in allowing you to draw level you want to take advantage and overtake, it was a tenuous point to start with... I must learn in war and politics not to give any quarter when dealing with pro's!

Last weeks QT was in Mile End. Since when was this a "West End Audience"? It was also in a university so how Ken combusted so badly is a mystery. I'd love to see him in the west end but I suspect he fears what will be done to his working class credentials if he's seen there.