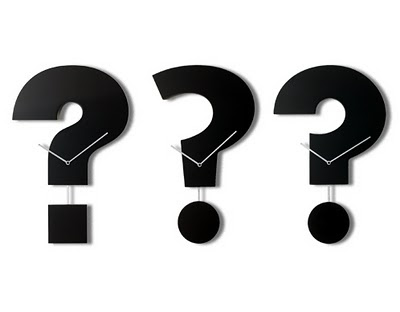 David Dimbleby is joined in Derby{just google thisisderbyshire. Its like the 1970's}Starkey is going to wind them up like a bankruptcy order.

Iain Duncan Smith MP,{Former Tory leader and former Tory. The quiet man. Labour used to joke IDS stood for In Deep S*ht}
Margaret Beckett MP,{The comeback queen. Amazed to be invited into Blair's last disastrous reshuffle cabinet as foreign sec. Even more amazed to be invited into Brown's. Been in government since the 1970's. So if you want someone to blame for the last 40 years...}
Lord Malloch Brown,{Two labour ministers tonight? Former FoCo {FoCup as we MPs call the foreign and Comms office. }World bank and Iraq organiser. Once said of the oil for food program that "Not a penny was lost from the organisation." UN audit revealed that there had been overcompensation amounting to $557 million. So nearly right then.}
David Starkey {Super egotistical historian. Be prepared to listen to him enjoying the sound of his own voice. Can be very entertaining and can also be a total gumball.}
and Liam Halligan, {business and finance journalist. Formerly advised the USSR how to become just Russia.}

YOU choose what you think the panel may be asked by the audience. YOU put those guess questions into the comments... points are awarded for accuracy, style, exclusivity, humour and sometimes just randomly. New entrants welcome and judged favourably. Extra 1/2 point awarded if you only thionk of 4 questions for Dimbleby and him failing to keep control and so only 4 or less questions asked.

Winner gets to choose the next link of the high speed rail scheme.

BQ chooses -
1. Libya. Should Britain invade?
2. Immigrant illegals now to get the same benefits as non illegals. is this fair?
3. Has the government bowed to Murdoch pressure? or did the telegraph's own goal make it inevitable?
4. Sure start. Cameron says it won't be cut, even though its crap. but he won't fund it either.
5. Are Galliano and Assange part of the same KKK chapter?
Posted by Bill Quango MP

1. Coppers pay - at long last, the spanish practices are exposed!

5. Free prescriptions now in Scotland too! Time for an English parliament.

Murdoch (dunno why though)

1.Should sanctions be applied to Libya

3. Pension equality. Are the Euro courts trying to make us leave the EU?

4. Benefits and the poverty line. Some people can't even afford food. Why is that?

Who will win Barnsley central and who cares?

Who pulled the rug out from under Cameron after he came out for such bold policies in Libya?

Are the ICJ, the UN, and other self-important 'institutions' of 'global governance' not just merely figleaves for US imperial power but being encouraged into antidemocratic, anti nation-state impertinences?

Does the LSE need to get some tuition from Cambridge and Oxford (not to mention UCL, SOAS etc.) on how to take more gracefully and discreetly?

5) Shock horror, people will make a profit from health spending!

- should there be a no-fly zone over libya

- has rupert murdoch taken the govt for a ride?

Evil Tories love Gaddaffi and want no fly zone over rebels. Only labour love the UN and all things righteous (lets forget 2003 eh?)

Evil Tories love Murdoch - bonus to the audience member who points out how funny this debtate is on the state funded national monopoly broadcaster.

Labour to romp home in Barnesly against evil tories and their snide kicks, the limp dems - not sure what the point of this question will be.

ECJ rulings - immigrants, insurance...its bomkers but the evil tories wont let us opt out and labour think equality (read, everyone being stony broke) is the best thing ever.


I am ON for a win tonight!

1) Women Drivers! Insurance and women's annuity rates. Gotta be a cert - think of the scope for jokes!

2) Libya refugees / Libya no fly zone and Libya crisis in general. Should we help out with the humanitarian crisis or should we attack (Have we got anything left to attach with?)and "put an end to it".

3) Murdoch takes over the world! Why should he? Is Hunt a wimp? Do we need a (free?) Fox News wannabe in the UK?

4) Migrant benefits claimants can't we have a bit more transition time? Can we tear up the treaty along with the part that says votes for criminals?? We (the UK) are skint - time to leave the EU before it falls apart anyway??

5) I'm sticking with the (unheralded) referendum on AV.. or maybe the census?

(for Messrs. Tucker & Drew)
6) How did a renewable energy company make such a gigantic profit in the face of huge rises in 'lectric prices? (clue is in the question)

and can I put in a good word for Malcolm Tucker ? - whose heart is clearly in the right place
(BTW, a CCS firm did go bust in December - couldn't hang on long enough for the subsidy to arrive. Being a subsidy-wallah isn't all plain sailing!)

It was this story ND.

A Falmouth firm that heats homes and offices with energy absorbed from the ground has gone into administration.
Earth Energy blamed a number of factors including a fall in public spending after the government's Spending Review

1. Will Libya be Cameron's Blair, Major or Maggie moment, and what is his foreign policy in this particular 24-hr news cycle..? Molloch Brown to look whistfully back on the days when Cameron was all about trade and flogging arms in Egypt...

2. I'm sure a BBC plant will ask about NewsCorp despite most of the country being utterly uninterested. I predict a classic BBC outtake moment as someone makes a Naughtie of the aptly named Jeremy Hunt.

3. I bet this won't be asked (so can I get an half point if it isn't?!) but someone should damn well ask about Mervyn King's assertion that it was the financial sector wot lost it. Why *aren't* the public angrier?

4. Well, there has to be a question on benefits, with IDS there. Expect him to turn the volume all the way up to 2 as he talks about feckless workshy foreigners...

5. A quick Google search suggests Derby Council has just signed off £25m in cuts laying off lollipop ladies and shutting child care centres. David Starkey to tell the audience to quit moaning and walk to the South's land of milk and honey, just like his Dad did.

OK I'll bite. This should read "Small firm loses major contract and collapses" - what's new? It's not really that it is renewable energy is it? Could easily be "small firm making pork pies collapses after government switches to veggie burgers!"

Not a convincing argument against R.E. in the long term.

Also, you have never heard(read) me espousing CCS - which is: make dirty energy and bury the dirty bit, whereupon it will likely(certainly) leak out and pester out descendants!

Sorry CU off topic and not a question

2) Lybia - the gov response OR the Cameron/Hague comedy duo act.

3) Lybia - who should sort it out NATO, AU or Chinese?

4) Fuel prices - stabilizer required now or is it good to be forced to go green?

5) Mrs May pre-empting the police pay/conditions report - a cunning negotiating tactic or just the opening shots in a war?

1) Should the gvt go it alone and enforce a no-fly zone, and if so, with what, Dear Liza?

2) Should insurance companies be forced to offer men the same motor insurance rates as they offer women?

3) Should MPs be going on holiday to exotic places when we are about to sack thousands of public sector workers, including 8,000 from the armed forces?

4) Ken Clark wants to keep people who have committed crimes out of prison. Does prison work or doesn't it?

5) There'll be somethng dopey about News International, probably from a plant, but nobody will understand the question.

Blimey. That didn't go according to the script. *At all*.

Q1. Gadaffi - Is Cameron the new Blair?
IDS thinks he could be! Gulp! Starkey thinks not. Don't get involved in revolution. Quite right.
Send aid to the rebels if you must, but don't commit troops.
Beckett thinks no too. Liam says stay away. but says UN damaged by Iraq. UN voted against though? I guess he means through Arab eyes -UN = USA.
IDS now says we aren't going to war. Quite a relief
Some fool equates protests in UK with Mid east. Socialist revolutionaries unite!

Q3.Murdoch {supports Tories} question. {How do Labour square sucking up to Murdoch for a decade and a half? They just ignore it. Shameful.}
LH thinks Murdoch deal is a Tory deal. So does MB. DS does say that Murdy was very,very close to new labour. Blair..not so much Brown. He then goes on about ..stuff.
Lord M. is quite right. Why should government get involved at all?

Q4. Foster parents and religious beliefs. {forgot this one. Had it pegged earlier in the week as a likely.} Audience seems to agree.
Starkey believes it is new, liberal, tyranny. About equal audience support. LH is in favour of the carers.
{Bad clairol day in the audience. Squirrel red was that? Its come out as santa red.}
Long question. 4 against none, as Ids don't much care.

Q5. Scrapping the uk film council?
Anyone get that..anyone?
LH says "you are living on the fiscal moon Margaret Beckett."
No one agrees with her slanted view the recession.
Except the audience who don't want any cuts.{except one}

I've heard this 'british' film industry is a success since chariots of fire.
Its a technical success. My own half brother is an editor of Hollywood movies. But we make 1- 2? decent films a year?
But there should be matching funded or tax break ... LH just said that! But its how Hollywood survives. You can double a 100k or 10k even on a movie even if its a complete turkey.

Anon 3. good - You must make yourself known. Anon 1 or something.

HG - I think that's three there with some generous marking -3

appointmetotheboard - 2. {And no points for questions that don't come up. Even good ones. extra .5 for the Cameron/Blair which did come up.A lot of it on this week right now} - 2.5

Timbo614. "Small firm loses major contract and collapses"
Or indeed large firm. The Post Office losing £20 million will force another 500 offices to close in 5 years. And Bristol cars went bust tonight. your point is well made.
MT's story is about a firm that equipped public sector buildings with heat energy though. There is no private demand. Too expensive I'll wager. That should tell us its not viable without subsidy.

WOAR - Libya, cuts, Murdoch -3 for you.
They'll probably be next weeks three as well.

Strange QT that one.

Winner is Stephen_L with a very good 4.5

May I suggest Taunton to Waterloo?
It would help me getting from 2nd home to Westminster.

@BQ Yes, Indeed, cherry picking all round then.
Bristol - who'da thunk it.. 16 cars a year at least :(
Hope renewable cherries are in it for the long term :)
Films? Prince Andrew??[mutters, shakes head] it's QT but not as we know it.

CU, put them in the brazen bull!