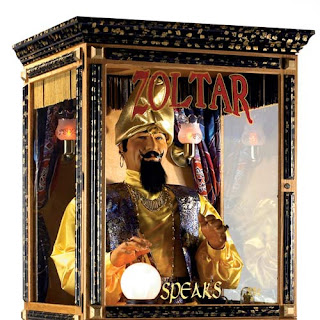 No Question Time so its the Bank Holiday quiz. {Saint George's special edition}

3. Sir Arthur Conan Doyle was supposed to have been a goalkeeper for which football club
A. Arsenal
B Fulham FC
C Portsmouth FC
D Charlton Athletic

4. Henry VIII once travelled from Hampton court to Greenwich by what method
A- Sleigh
B- Steam Boat
C - Elephant
D - On the shoulders of a disgraced noble.

5. Which country invented the Guillotine?
A- France
B - Netherlands
C - England
D - Macedonia

7. Why is the 'pound' weight abbreviated to lb.
A - It is actually 1p {one pound} that has been accidentally changed over the years
B - It meant light bag , as 2pound bags were the standard weight for corn
C - It comes from the French Livres de boulette {a pellet of grain}
D - Latin - Libra Ponda {scales}

8. Why do we have a wooden spoon?
A- The wooden spoon was for serfs. Knights had metal cutlery
B - It was awarded for the lowest maths pass mark at Cambridge
C - A low wooden arch used to erected after battle and the losers had to walk under it
D - A medieval tradition. The wooden spane was a wooden lance presented to the most promising youth at a tournament.

9. Which Scot is the odd one out.
A - James Watt
B - Robert Stevenson
C - Adam Smith
D - Thomas Carlyle

10. What was the bowler hat invented for?
A- It was for horse riding gamekeepers to prevent low branches from knocking the hat off.
B - It was to be a military cap, having a much lower profile than the traditional 'Shako' style.
C - It was designed for a bank worker to be able to withstand a blow from a robber's baton.
D - It was designed in India for ladies as a fashion accessory

We shall use the honour system for scores in the comments.
If you want the answers, scroll over below.

1. The Iron Duke who reportedly had a massive, bent hooter.- but Matthew Parker was supposedly inquisitive in the 16th century about church affairs. The Archbishop of Canterbury called him Nosey Parker.

2. D - USA. The red rose was a Victorian message of love, as it is still. But an orange rose meant passion. Ronald Regan declared the rose the national symbol in November 1986.

3 - It was Portsmouth. While living in Southsea , he played football as a goalkeeper for an amateur side, Portsmouth Association Football Club, under the pseudonym A. C. Smith. (This club, disbanded in 1894, had no connection with the present-day Portsmouth FC which was founded in 1898.) But he did play cricket for the MCC. Taking just one wicket. But can you guess who?

4. A - Sleigh. The Thames frequently froze over in those pre global warming days. Frost Fairs were held on the frozen river.

5- C - England. The Halifax Gibbet first recorded use was in 1286 and the last in 1650. A fixed machine which used a heavy, axe-shaped iron blade dropping from a height of several feet to cut off the head of the condemned criminal.

6. B - Dickens. Babbage hated buskers. He wrote an essay entitled 'observations of street nuisances.' He baked himself in an oven at 265f for five minutes 'without any great discomfort.' No real reason. He was just odd.

7 D- Latin. The star sign Libra comes gets its name from the scales.

8 -B. Cambridge.Cuthbert Lempriere Holthouse received the last wooden spoon in 1909. It was about 1.5 meters long as was really like an oar.

9- C Adam Smith. He is the only Scot to ever feature on an English bank note. {not including Lakelander's famous nine bob note}

10. A- For riding, and is still popular. In the American wild west the bowler, as worn by Butch Cassidy, was far more common than the cowboy hat as it was very strong and fitted snugly so it did not blow off in the wind. why it became the accessory for city financiers, I have no idea.

Email ThisBlogThis!Share to TwitterShare to FacebookShare to Pinterest
Labels: Quiz.Competition.

Where I expected to find the answers, I found a dead link to one of my pictures.

Adam Smith obviously. He was the only one of them to employ another one of them.

When at Glasgow University Smith employed Watt to come and look after the University steam engine.

BQ means hi-light or select the text below - it is white text on white so highlighting changes the background and it becomes visible :0

My contribution for the week! I have been away for a few days.

TW: Scroll over to see. Always fascinating Adam Smith. I am partly through Republican P.J. O'Rourke's look at a wealth of nations.Its in there.
"Adam Smith knew Watt - not only knew him, but actually got him a place to work. The ironmongers in Glasgow wouldn't let Watt work on his steam engine because he didn't belong to their trade association. He wasn't in the union.So Smith got him a place at Glasgow university. And he wrote about Watt and what a genius he was and still, he missed the whole Industrial Revolution. "

that Babbage, eh ? what a man

I would have said the Gallic ingrate.

Poor Gordon. David Cameron couldn't have made it clearer what he thought about Gordon Brown becoming Managing Director of the IMF if he'd said "over my dead body!"

I thought Conan Doyle's bowling analysis for MCC in 1902 was 12-0-46-0. Was there another occasion when he did take a wicket?

I got all the answers wrong. Could still win under AV though :)