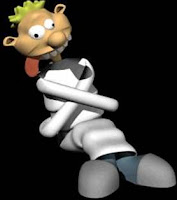 For some while now I have been hoping that a solution to our crazy energy politics will be forthcoming from a blinding application of reductio ad absurdum. Before, that is, the lights actually go out, which would be a reductio all right, though anything but blinding.

Logically speaking the absurdum should have been evident for some while, by attending to the 'run-rate' of investment required to achieve the demented 'green' plans we are 'legally' committed to. (Mercifully this commitment relates only to UK law, and we are still a sovereign nation ... I think.) When I first started banging on about this (5 years ago) the run-rate was as follows: we needed to invest in new electricity infra- structure with sustained annual expenditures around 50% higher than we had ever managed before. When I last did the sums, about a year ago, the run-rate was that we needed to be spending at double the historical highest (every year for a long time ahead).

Now just as with limited-overs cricket, you can always do the arithmetic and derive a run-rate. But when you need to score a boundary off every ball, you know the game is up. And when not even sixes will do the trick and you need to contemplate overthrows on every ball ...

We are, by any reckoning, nearly there - with or without the Green Investment Bank and its puny £3 billion to spend.

The symptoms are all around. Germany is going to scrap all its existing nukes ahead of their time (and Alex Salmond has completely flipped). France has banned drilling for shale gas. The NIMBY anti-onshore-wind movement is really getting up a head of steam, particularly in Wales. Last year, global emissions rose to record levels as inefficient developing-world manufacturing displaces efficient western output. Try today's Grauniad for a measure of green angst (this Monbiot article and the hundreds of comments), and a characteristically lurid Rowson cartoon.

"We don't like nuclear power. We don't like onshore wind. We won't like the costs of the other technologies. We reject all the means by which electricity is generated. Yet no one is volunteering to stop using it."

When Crapper Huhne finally gets the boot, could this not be the moment finally to confront reality ?

The trouble with this country we abandond coal and went for gas as a producer of electricity, oil started to become out of the question because of cost, now gas is starting to run out (unless other fields can be found in the seas around the UK, just all about all the prime fuels for producing electricity have to be imported now, and the importing price is on the up and sterling does not look very stable. We put all our eggs in one basket, remember cheap gas energy "forever", if nuclear energy did not produce all the nasty bi products that would be the way to go, but if we went that way we would be storing up one big headache for future generations, a bit like the national debt. The means of producing electricity should be from as many different fuels/renewables as possible, to be reliant on one means as the primary means is holding ourselves open to blackmail.

And now they have shot themselves in both feet.
http://www.guardian.co.uk/environment/2011/may/30/environmental-tax-threatens-green-energy-research

You couldn't make it up.

The solution seems obvious to me: remove all subsidies, grant some planning exemptions for existing sites, put a tax on carbon output and let the chips fall where they will.

Monbiot does have his lucid moments. Coal is the way forward.

I look forward the the severn barrage being resurrected, along with a few more Nukes.

Like the rest of the british public, I am pro electricity and not overly bothered if some fields are dug up or estuaries are silted up a bit more, anyway I cannot see the site from my house :)

Surely the Tories are better known for closing coal mines...

I think ND's main point is that we should have been starting the investment cycle 10 years ago. Labour failed to plan and invest in generation plant, instead having the abdabs about the dread nuclear.

Nuclear is strategically the best option for about half of needed capacity. Followed by a mix of the rest.

Germany did start getting organised some years ago and now has excellent relations with Russia and the former soviet states, two lovely new pipelines for their gas, a willingness and capacity to devote resources and technologies to energy-saving, and positively looking forward to wholly modernising their energy distribution systems. They'll do a bit of greenery renewable resources but just for show.

All of which is going to impact on their politics towards international relations and supply security.

Italy abandoned (literally, those shutdown nuclear plants are death-traps) nuclear in the 1980s and a large part of the Berlusconi regime's defeat yesterday was from voters determined to prevent B's attempts to revive an Italian nuclear power industry. Of course Italy's preparations have not been thorough like the Germans, but there's a lovely new pipeline for them too, to the gas in the East. And a secondary one arriving via Austria. Quite a lot of effort going into building efficiency here as well at regional levels. Although Naples doesn't seem to have understood that rotting rubbish isn't the same as biomass, there is the same lip service to renewables, just for the look of it, (though not to windmills, because of the look of it). Really though, the choice is gas and no nuclear revival. With all the implications that has for Italy's policies at European relations and international relations level too.

I'm not expecting any sane energy policies coming from the UK.

From the start of the industrial revolution to 2000 government didn’t have to make any complicated decisions about our energy systems; yes they tinkered around here and there, but for the most part entrepreneurs and industry invented and implemented our modern power systems.

Since the 1700's we have taken lots of small steps from wood to coal, to oil & gas, to nukes. Some energy systems replacing old ones; the horse and cart replaced by steam, which was replaced by the internal combustion engine. And a new energy system was invented, electricity. Electricity started out small with light bulbs, followed by labour saving devices like washing machines and vacuum cleaners. And then a explosion of electrical devices from iPads to mobile phones. And all this happened over a 300 year time span.

And now, for the first time in history, we are expecting the politicians to come up with an new energy infrastructure within the next 50 years, not 300 years. No one has a clue about what the future will look like.

Will batteries ever have the energy density of petroleum? Yes – then our transportation systems will be similar to today. No – Then its a radical overhaul back to rail.

Will biofuels power transport? Yes – then no grid upgrade will be required and a nominal increase in power generation capacity. No – Then its a doubling of the size of the grid and power generation.

Have we several hundred years left of fossil fuels? Yes – Then co2 sequestration is the way to go. No – All bets are off and nukes may be the only answer.

And those questions are easy. The public, and politicians, are very polarised on which energy systems to use in the future. Some hate nukes, some hate wind farms. Some want a return to a agrarian life style, some want to retain our modern world.

We dont know the future, we cant agree on what the problems are, and we cant agree on a solution. Thats not a recipe for any kind of sane policies. Sanity will only come when there is a major energy breakthrough where the solution becomes obvious, even to a politician.

No, sanity will break out when the lights go off.

Or, sanity is happening over on the other side of the channel where France is going to increase its nuclear output to 75% of demand. We will then be able to import a large amount of our needs without having to worry too much about where it comes from.

BE "We will then be able to import a large amount of our needs without having to worry too much about where it comes from."

I think that's going to be Germany's strategy as well (did Nick Drew say that or somebody else? Made sense to me) so I think France is going to have to increase nuclear to about 175% of demand to supply us and the Germans.

Indeed. And those people in Britain who mistakenly believe that nuculur is dangerous can feel safer in the knowledge that Normandy is miiiiiiiiiiiiles away from any centres of British population...

BE - The lights going off is no guarantee that sanity will prevail. If the lights go off HMG will be in panic mode and implement any scheme to bring on the lights as quickly as possible, at any cost.

The electrical interconnect might need a bit of an upgrade!

Normandy made me laugh. And there are currently two French nuke power plants very close to the German boarder.

Sanity, maybe not. Priorities will certainly be - cough - focussed.

Lately we've been exporting power to France and NL in the high-demand hours, not tother way. Today we exported power from around 6am to 3pm - France exported at max to us from around midnight to 5am when they have a surplus of nuc power they cannot easily turn the wick down on, so they sell it cheap to us.

And France this year seems to be having the usual low river flow for nuc cooling problem earlier than usual. Maybe a repeat of 2003 when they had to switch many nucs off due to lack of cooling water.

It's not all plain sailing over in EDF-land.

we all have our favourite solution

(1) sack Huhne, replace with Mr Quango (who may prevail upon me to become his rather superannuated SpAd)
(2) fix some intelligent, technology-neutral rules (to include (a) no winner-picking or subs; (b) no 'credits' from bogus overseas projects & (c) no economic leakage)
(3) mount a serious effort on energy efficiency projects in sectors that don't readily respond to price signals (= residential)
(4) turn it loose

everyone knows what we will get: gas (& perhaps my old favourite, ultra-super-critical coal) will displace old coal-fired plant, for significant & enduring gain in efficiency and CO2-reduction

if global energy prices rise on a sustained basis (which seems likely), nukes and onshore wind may become economic which is fine by me

if the Chinese make some extraordinary breakthrough on solar, we will all buy it, which is also fine by me

as often stated here, there is plenty of gas available from an encouragingly diverse range of international sources, but we will need to get our trade and naval policies in order (never mind Russia - have you seen exactly where the Qatar LNG comes from ??)

oh and there is a another point: global CO2 emissions are going to rise whatever, so ...

Having "the lights go out" sounds rather jolly and romantic. Actually prolonged secular blackouts means that civilisation ends as essential systems grind to a halt, most evident as the sewage backs up and fresh water doesn't arrive.

even 3rd-world dictators know to keep the lights on