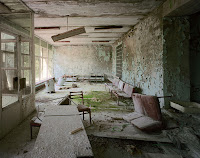 For those who want to guess the Question Time Game early.

Another NHS cuts special? hope not.

* yes, you can change your choices if you like.
Posted by Bill Quango MP

Tough one. Lots of nothing.

1. No one voted for coalition, says Archbishop.

1. Whats has happened to Cameron - is he Mr U turn?

2. Is George Osbourne our fiscal saviour or just drop GHB in their drinks?

3.Justice is mess - Law and order a shambles ( islamic extrmism and u turn on Clarkes plans) have the tories lost the law and order plot?

4. Is the Archbish the only voice of reason against this evil coalition?

5. Foreign Aid do we reallty want to be an "Aid superpower" and will we be proud of it as much as teh armed forces

Has G. Brown's golden legacy been squandered by the Coalition or should Brown be on trial like Iceland's former prime minister?

How we can ever take schools and hospitals out of direct state control when failure is intrinsic to the market economy? How do we protect service users from market capitalism's signature sanction?

Is the inappropriate use of four-letter language merely ill-mannered or violently aggressive?

Would you pay £18,000 a year to be lectured by retired popularisers and live in a student bedsit in the far reaches of Eversholt Street, rather than £3,000 a year and take your University of London outreach degree from the comfort of your own home?

Why does the media report government response to consultation as U-turns?

Should Labour embrace mutualism, the co-operative movement, socialism with a human face, nationalisation of the commanding heights of the economy [you're going too far, Ed] and replace Ed with Cruddas?

1) The ArchBish - relevant & right or just a dress-wearing beardy-wierdy?

3) St Vince's Union Warning - will it achieve anything other than to put their backs up?

4) Libya - was bombing Tripoli right & what happens when he goes?

5) with both Jo & Germaine on the panel there must be a Women's Issue type question - either women only short lists or the atrocities in Libya/Egypt/Syria etc.

2 - does New College presage the awful future for university education under this govt? (at least NC isn't setting its own exam papers, ha ha)

4 - Has Ed Milliband proved to be a good leader so far ?

5 - Ought we to start bombing Syria now?

(I have a horrible feeling badgers are going to come up this week, and I'll miss them).

2. why should we be bailing out Germany's diseased cucumbers ?

3. is Cameron right about dealing with violence-preaching islamists ? ...

4. ... segue to international aid (again) & should we be giving £ to [countries with space programmes / enter your favourite bugbear here ]

5. can we really trust Cameron on the NHS ?

1. Should we pay homage to Rowan's views? He is unelected, religious, possibly fanatical... okay fanatical. I am surprised Cameron cared what he said but then where's Ed? Will attending church become compulsory for Labour Party members?

2. With car factories springing up all over the place, do we have the right skills to rebuild this economy? Educate people to transfer them?

3. Following the climbdown on Ken's sentencing guidelines, does it matter what women wear on the Slutwalk? Bunny girl outfits or hijab (ie burka or niqab).. anything goes.

4. Please can we have an inquest into Dr David Kelly. Okay, he may have committed suicide, but who drove him there, Mr Campbell and Mr Blair? The truth should out.

5. Money in some form - what are we spending on bombing Libya, why don't we invade Syria, why do the Olympics rely on volunteers, can we afford bread and fuel... ££££.

Norwich. What goes on in Norwich? Okay, no sixth question this week.

Oh God, not again, pleeese not the NHS.... just put me down. (I'd have two extra points if you had included my NHS mentions. Still, you might see fit to introduce a superpoints tax, BQ. That would be wholly unfair of course.) :-)

1. Archbishop's intervention and the Tory party re-writing history so that it was workshy scroungers who caused the credit crunch rather than those nice chaps in the city...


2. Is AC Grayling's private university a handy distraction after MPs warning of the university funding gap / fees averaging nearer £9,000 than £7,500?


3. Can anyone remember the last time QT had a question about the economy? I can't. Nevertheless; IMF, justifying the Tory DSK-style rape of the public sector, or solidly behind a maid in Britain export led recovery? And, *cough* I notice Iceland's recovery is going faster than the UKs...

5. Rape u-turn / Slutwalk / Gaddafi issuing viagra to his soldiers. Did Emily Davison die for nothing? This may well be the question where Germaine cracks, and punches Peter Hitchens.

Norwich? Hm. Possibly a question on green energy in the (candle) light of Scottish Power raising prices. Damn, wish I'd thought of that earlier...


1) Archbish defo - is society too selfish? Are governments supposed to piss money away left, right & centre and won't somebody theeenk of the cheeeldren. Charley Clarke & Jo Swinson will jibber on about schools

2) Am strangely thinking straight in on an equality question - are gov cuts chauvanist or something....hmm...but just a Hitchens & Greer gobfest about legal aid maybe. Union disquiet maybe and the 'prevent' agenda impacting on civil liberties.

3) International Aid - maybe Libya - what's that all about? Moral dimension waffle. Cucumbers could be inserted along the way.

Inshalla and all that jazz.

PS - not for points but - Syria & Israel doing their dance may come up - it'd be ace if it did, but i'd be surprised if QT went into Middle East shit that good.

Speaking of good news (as DtP does) I notice we're so short of it that LV= creating 50 (yes, fifty) jobs made it onto the BBC News website yesterday.

Not sure if that says something about the economy, or just Ipswich in particular. Which is near Norwich...