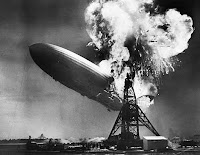 Robert Peston was on R5 this morning. That interview has now been transcribed onto his blog.
In essence, Germany and France are staring into the ERM crisis, John Major style,and willing it to go away.
Its a test of credibility and recent statements from Merkel and Sarkozy haven't been credible. "Greece is integral to the Euro."
That's nice.
Any sign of those Eurobonds that might end the crisis?
Any cash to put behind those "the future of Greece is in the eurozone"' words?

Peston says " ..we will have to see whether Franco-German-Greco solidarity, that isn't backed up by hard cash, succeeds in staunching the flow of money out of Greek banks, and the total boycott of lending to the Greek state.

This emptying of Greek banks' coffers has shown that both professional investors and ordinary people are not prepared to wager that the euro is forever in Greece.

On current trends, the European Central Bank (ECB) will end up financing every single past and future loan made in Greece, because when cash leaves Greek banks, it has to be replaced by emergency loans from the eurozone and Greek central banks."

Robert also said earlier that the Greek people are taking money out of their banks and stashing it elsewhere. Under the beds. In German banks. Investments overseas. No one is investing in Greek companies. Greek banks are not even getting deposits in. If that really is the case then it can only be Eurozone life support that is preventing the collapse.
This can't go on indefinitely. The euro leaders need to get the damn balloon down before it goes bang, taking the Greeks, the eurozone and us with it.
Oh..the humanity!
Posted by Bill Quango MP

EU leaders appear to be living in a dream world. How can they believe that anyone takes what they say seriously? Either a) they believe it, in which case we really are doomed or b) they're lying to cover up whatever it is they're planning behind closed doors which makes the markets (rightly) hold off from investing anything until they find out exactly what said plan is going to entail.

b) is bad enough. If Merkozy et al are still at a) then the outcomes are going to be very bad indeed.

So, my random geuss is Greece to go Friday Dec 2nd.

Stepdaughter just starting German at school. First homework was to come up with 2 german tongue twisters. I suggested :-

Phil:It must be B. Peston was pointing out that while the Major government dithered and thought about how to get out of the mess whilst saving face, the markets just carried on doing their thing and caused tenfold the problems that there would have been if an announcement of intent had been made earlier. And to be fair to johnny M, he only had a few weeks warning. The Eurozone have been warned for ten years about Spain and Greece and had a real reality check in 2008 when the bailouts were needed. To start dreaming up a plan B/C/D/E now seems a little bit complacent.

Andrew.
Is that a sort of webuyanycar.com
theme tune you're teaching her?

The gun is loaded and pointed, we still await the trigger - which despite what markets do, will still be political unless some hedgies gang up to get medieval on the EU.

hence the panic about the Stark resignation, people thought this was the beginning of the political signal - not yet it seems.

The trigger will surely be when Merkel gets the kick up the backside from the voters that she has so far avoided. FDP to pull out of the coalition?

Andrew I hope you are right about the date, I am off to France for a wine trip that weekend and there might be a nice Euro-bargain to be had!

Looking at the calendar for "bank" holidays...

So I would go for the "pop" on being on Thurs/Fri end of October just after markets close.

Greeks get 4 days to sort things out - the Germans will have to twiddle their thumbs on the Monday while the rest of European markets mull it over on their day off.

OR any Friday just after the markets close.

Have a look at this from the Telegraph, very enlightening:

Budgie.. good enough for its own post. Have added to the weekend.