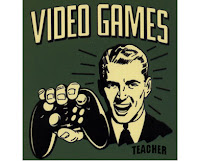 Game, the video games retailer, is hoping for a good Christmas to boost its flagging sales and revive the groups fortunes.

Game are about 10% down. Not bad really in the middle of a downturn and sales are poor almost everywhere. If you strip out Greggs {a C@W hot tip} and 99p stores {no, never tipped them..and it was so obvious even without the hindsight} then almost everyone else is flat or down. Game, is struggling to meet to the very poor sales of 2010.

Game blamed a combination of a "cyclical low point" for the sector, as new hardware is developed, and the tough economic backdrop as sales slumped by 10.5% to £558.8 million in the six months to July 31st. Losses soared to £51.5 million from £21.5 million as margins also came under pressure after it invested heavily in promotions to get sales moving.

In other words.. Its tough out there, there's no money about, what we've got on the shelves isn't great and we had to discount like crazy just to stay still.
Same for everyone. Summer sales came earlier and lasted longer and didn't do much for business. But without offers in the windows people weren't coming in.
So Game are hoping for a decent Christmas.

What worries me about Game is the amount of competition they face. The Supermarkets are very aggressive on price and have a much bigger footfall. Online retailers push prices down. Once released a game has about 4 weeks to sell before the heavy discounting starts as the Ebay/Amazon resell market kicks in.
And in the same high street, often the exchange stores are happily swapping blu-rays/old phones and old games for new, further forcing prices down.

Game has an excellent online and pre-order service. It really is 1st class. But by necessity it competes with its retail stores. Game, once the leading video games retailer is starting to have an HMV feel about it.

Directors of the group, which has 615 stores in the UK and Ireland, have committed themselves to the recovery by agreeing to spend at least 20% of their salary and fees to buy shares over the next 12 months.

Somehow that just doesn't reassure.
Video games players only bit here.
{ I don't think much of the all important festive line up. It looks like a 1980's ITV/BBC festive special. Instead of Morecambe and Wise or the Two Ronnies its Les Dennis, Blind Date, Cannon & Ball & Terry & June on offer.
Potential bestsellers include FIFA 12, Call of Duty: Modern Warfare 3 and Assassin's Creed Revelations. FIFA 12 ? The twelfth instalment..Ho-hum. Most people buy bi-annually and FIFA 11 was poor. MW-3? Up against many other FPS which almost EVERY new release now is . CoDMW-2 was an all time bestseller, but still.
Assassins Creed is also the 3rd or 4th instalment of a series that sold about 6 million units. Pretty good but a dance game sells 10 million or so. I may be biased because I didn't like assassins much. But in perspective Lego star wars and portal 2 have been top 2011 sellers.
Have I bought anything this year that I really liked? Top Spin tennis and ..erm.., erm..Angry Birds?}

Will the Christmas Toy Barge be coming up from China this year ?

I haven't bought a game on the high street for years, I just buy games through amazon, or play.

Games are moving more online with down loadable content. Games like COD with map extensions, and the planned subscription model for detailed player stats/analysis.

There is a large library of downloadable games available on xbl, psn etc.

Smartphones are eating into the handheld games market.

The gaming industry is pushing hard to prevent second hand sales. Either with online activation/onetime codes, or downloadable games.

So ya, Game is going to have hard times regardless.

I don't know about the gaming PC, PS, Xbox I am personally not interested in (it's probably my age) but to see what stores are doing just walk around them and just notice the number of people (or should I say the lack of them)walking around, it certainly is not good in my neck of the woods, very large shop floors and twenty people walking round the shop. The big high end shops will feel the agony only slightly, the low end 99p type shops will boom, the ones that will be really squeezed are the mid band shops. Obviously I can only observe shopping in my own area up north (it may not be the same all over the north) but I think this financial crisis will edge much further south than it has done before.

If conditions are so tough why are there so few "bargains" to be had? There are a couple of things which I might splash out on if I saw a good deal but the fact is the shops are offering rubbish. Which is why I am buying virtually nothing at the moment.

Alan: I hadn't noticed many restrictions on selling second hand games. I'm always quite pleased when Miss Quango collects her long out of date DS games and trades for almost the same as the full price game.
Here the reatil shops have an advantage. Trade ins, something HMV was very slow to acknowledge.

I too have an Xbox Live / PSN account.
As any self respecting dad now must. {and I bought DLC just yesterday for 200 credits..which is..erm..no idea how much ..£5?}

Just a few years ago, visiting any friends house, of any age, meant PRo evo or Fifa.
Now, as likely to show an App game.

BE - weathering. The summer wasn't expected to be good. Inventories were low and bought in sale goods were everywhere. Its the tighter inventories that appears as a lack of choice. Instead of 20 polo tops in all colours, there may be 4 styles , in 2 colours each.

But.. everyone gambles on XMAS. So there will be more stuff.
BQ industries have spent MORE this year, expecting to take less. But we did the inventory sell out trick last year so little left to put on the shelves. + Have sale or return deals on some lines where they would have been unavailable, even last year.
{BUT remember, SOR is MORE expensive to the consumer, and there is very little discounting and it tends to be repeatable lines..eg Xmas wrap..candles. soaps etc..You're not likely to find an I-phone on SOR.}

Isn't this exactly depression economics though?

I for one am now holding out rather than splashing out. And now if a VAT cut is on the cards (possibly) that will delay people's big purchases even more.

It makes such little difference to us punters for such a massive increase in HMG's revenue.

Doing the VAT just a minute ago on some toys .. its a shocker.

I think Skyrim is going to be huge. Everyone wants that.

MW3 really appeals to young boys who can't afford their own games so I can see it being a big Xmas purchase by parents. Even if some kid is too burnt out on CoD there's also BF3.

There's also the new Star Wars MMO from Bioware coming out on December 20th (US) / 22nd (EU). Those dates are crazy and they must be trying to dissuade physical sales in favour of downloads. Sure it's just another MMO but it's Bioware and lots of people will want to see what their take on the genre is.

There's definitely a lot of moves to destroy the second hand market. Stuff like Steam on PC already does that but Steam puts on so many sales that you probably don't lose any money overall. On consoles they're going the one use activation code route for certain features which I think is suicidal since in my experience people sell their games to fund purchases of newer games.

Agree Anon.
Skyrim.. well lots of people do want it. Its not on my list. I'm still stuck on Witcher 2.

Star wars MMO? After galaxies? Maybe, & It will add to the traffic anyway.

Those release dates are probably a best hopeful. Way too late for Europe. I expect they are realistically looking at post xmas release.

As a small business that must charge VAT a cut would be extremely welcome.

I think looking at VAT from the consumer's perspective is the wrong end of the stick.

Now, no one will agree with you more than me {except Mark Wadsworth..check his blog} that VAT is a tax on effort and damages all types of business.
It should be completely scrapped.

But its easily collected. Collected free for the treasury {at your expense} and brings in mega bucks.

A 2.5% cut is never going to stimulate the economy what it costs to do so.

Labour noticed a bugger all increase in sales when they did it. Even after a super spin effort they struggled to find anyone to say it was worth it.
All it did was make a black hole blacker.

Its also worth noting how much upheaval a VAT cut/drop causes. Anything that's ordered for Christmas, for the big chains, is pre-ticketed with price and barcode.
So a cut before Xmas, as Labour did, is accompanied by a sign at the till,

"Your VAT reduction will be automatically deducted during payment"

That's what I mean. Whenever VAT changes are announced everyone pulls out their DVD or big TV examples and point out how it'll only save you a couple of pennies so why bother.

The pennies thing is true, which is why nobody actually lowers their prices and we can thus earn a couple extra pennies on every item sold. Sales numbers won't change but we pocket that extra 2.5% and can employ someone right here in our town and take them off the dole.

Then on the flip side, when the VAT went up none of our competitors increased their prices and so neither did we. The extra 2.5% to HMRC really locked up our cash flow which is a big reason why we are flat lining this year.

In short: the VAT is meant to be a tax on consumers' spending (which is how the media treats it) but is actually a tax on business's selling. The behaviour of consumers is effected by too many things for VAT to make a difference to their buying decisions.

Battlefield 3 coming out this autumn too.. its like the good old Spectrum/Commodore or Blur/Oasis days - BF3 or MW3?

That said I got Trackmania 2 recently and its very average. I have also had the opportunity to play Driver San Fransisco (all on PC).
Driver is a turgid game, really awful, and I'm glad I didnt fork out £35 for it.

Cant think of a new game that engages without relying on snazzy graphics and new hardware - wheres all the excitement or gameplay gone?

Anon {VAT.} Well, we agree. But to my thinking it would be far better to remove N.I. contributions for new starters or raise the VAT threshold again, or a top-up wage for apprenticeships or some other tinkering that targets business/unemployment specifically.

The N.I employer's contribution removal would be favourite, as its easiest.

Anon {2}
I never bought any of the MW or BF series. I was all FP shootered out on the WW2 ones.
I took at look at Trackmania..glad for your tip as I was considering {as a pre owned maybe} Driver has been poor for years and years.

Sold on amazon for 34+post so £35.50 back. So it cost me about the same to own it as rent it.
{not that I rent. I saw a Blockbusters in a town centre the other day and had that strange feeling that ..Surely these guys have gone bust? Has no one told them?}

FIFA 12 is the definitive football game: challenging, addictive, and with more excellent features than ever before. Gamespot 9.0

Shows what I know!